The Science Behind A Hangover 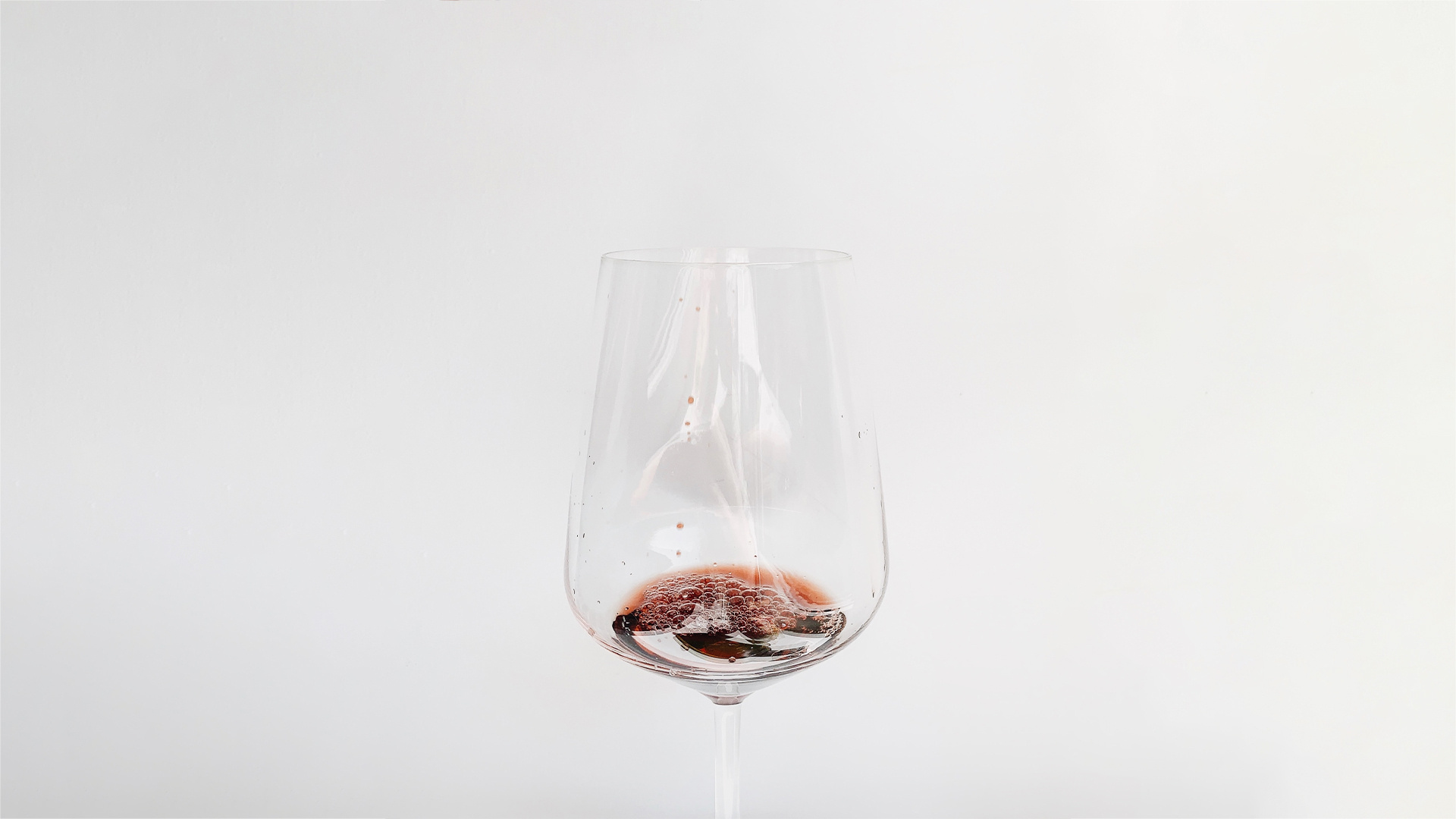 Not all nights of drinking lead to a hangover. In fact, moderate, selective alcohol consumption can actually provide some health benefits.1 But for anyone who has experienced a night of over-indulging themselves (which for some might only be three drinks!), excessive alcohol consumption can lead to the world’s worst next day. Symptoms can vary, but most of us feel generally terrible, with a headache, dry mouth, glassy eyes, nausea, shaking, and inability to regulate body temperature. Although each person’s hangover rollercoaster ride is different, this article explores the physiology of drinking and why it leads to hangover symptoms, and the top nutrition-related practices to support your body.

Let’s Start with the Basics: Alcohol Absorption and Metabolism

Ethanol is the drinking alcohol we consume in cocktails, beers, and wine, and ethanol’s rate of absorption into the body is dependent on several physiological factors (like gender), but perhaps most notably by the gastric emptying rate. Having an empty stomach increases the gastric emptying rate, allowing alcohol to enter the bloodstream faster than if your stomach is full of a mixture of carbs, fats, and proteins to slow the alcohol down. After absorption, alcohol enters the portal vein that takes it straight to the liver, where it undergoes what is called first-pass metabolism. This initial metabolism step occurs faster in men than women and is one reason why men can tolerate higher volumes of alcohol than women.

Most alcohol metabolism occurs in the liver, where about 90 percent of ethanol is converted into acetaldehyde by an enzyme called alcohol dehydrogenase (ADH), a process that requires coenzyme NAD+ and zinc. The other 10 percent is also metabolized into acetaldehyde, but by a different enzyme (CYP2E1), and this reaction generates harmful free radicals that can damage cells.

Acetaldehyde, the main compound associated with the hangover effect, is toxic and will enter the bloodstream.

The body’s objective is to convert acetaldehyde into acetate as quickly as possible using an enzyme in the cell’s mitochondria called aldehyde dehydrogenase (ALDH), which uses NAD+ in this metabolic step. Vitamin B5 in the form of pantethine has also been shown to help metabolize acetaldehyde.2 If acetaldehyde is not metabolized properly, then it can cause what is known as an alcohol flush, characterized by a hot red face and neck and increased heart rate. This is sometimes due to genetic factors that interfere with ALDH and its ability to metabolize acetaldehyde – more common in individuals of East Asian descent.3

It doesn’t end there. Acetate is then metabolized into acetyl CoA, which is used in several biological processes, including fatty acid synthesis (the making of fatty acids in the body), which over time contributes to a “beer belly.” Depending on how much alcohol is consumed, ethanol metabolism can also produce high levels in the body of NADH, free radicals, and acetyl CoA, which is known to inhibit gluconeogenesis (the production of glucose from non-carbohydrate sources), increase lactate accumulation, and damage DNA.

You know the saying, “beer before liquor, never sicker”? Well, the order in which alcohol is consumed really doesn’t matter – it’s always the total volume and speed at which one is drinking that impacts absorption into the bloodstream and exerts the infamous hangover effects on the body. Blood alcohol content in the blood can be measured 30-70 minutes after a drink.

At lower BAC levels, like within the first 2-3 drinks, most people’s bodies can keep up with the metabolic demands. The alcohol goes through the liver and into the bloodstream to the brain where the effects can be euphoric. Many notice a positive effect with increased excitement, energy, and happiness. In this stage, confidence can be boosted along with decreased inhibition. However, with increasing BAC the brain is responsible for the changes in physical coordination, slurred speech, impaired memory and balance, and dizziness. Meanwhile, the alcohol impacts on the liver, kidneys, and GI tract are responsible for the negative side effects.

Contrary to popular belief, coffee, a cold shower, or a greasy meal don’t lower BAC, although eating can help the rate at which alcohol is absorbed into the bloodstream and temporarily help one feel fewer effects. The passing of time is the only thing that will lower BAC, because the liver can generally metabolize 0.015 grams per hour when no additional alcohol is consumed, which is equivalent to about one standard-size drink. About 10 percent of alcohol is eliminated from the body through sweat, breath, and urine.

If you’re an athlete, then learn more about how alcohol affects your performance.

What Leads To A Hangover and What Can be Done About It?

Most scientists agree that a hangover is caused by an imbalance of the body’s chemicals and systems due to a variety of effects from alcohol. Here are several of the key imbalances:

This impacts the body’s ability to perform regular metabolic processes, including absorbing glucose into the cells or regulating electrolytes.4 We know hypoglycemia can lead to a variety of undesirable effects like headaches, mood swings, shaky or trembling hands, and sweating. Similarly, an imbalance of electrolytes can cause excessive thirst, irregular heartbeat/fast heart rate, fatigue, nausea, and vomiting.

In addition to being used during alcohol metabolism, NAD+ is needed for exercise efficiency, energy production in every cell of the body, a normal sleep-wake cycle, and balancing brain chemicals. NAD+ declines naturally with age and stress, so ensure a proper NAD+ level for the days you drink – or don’t – with Thorne’s ResveraCel as a daily supplement.* It contains nicotinamide riboside (NR) to support the body’s level of NAD+ and resveratrol to up-regulate health-promoting effects on blood vessels, inflammatory response, metabolism, and mitochondrial biogenesis.*

Perhaps the most noticeable effect while drinking is the effect on anti-diuretic hormone in the kidneys. Alcohol inhibits this hormone, which increases the amount of urine excreted and the water being reabsorbed by the kidneys. In as little as 20 minutes following consumption,5 the body can urinate 3-4 times the amount consumed, causing a major shift in water volume.6 Dehydration manifests as dry skin, chapped lips, and excessive thirst, and can contribute to the headache, nausea, fatigue, and temperature regulation issues (sweats and chills) associated with a hangover.

Consuming more water while drinking is easier said than done. If it’s too late and you wake up hung over, then focus on optimal hydration for the next 24 hours. Thorne’s Catalyte provides a mix of electrolytes to support fast recovery and rehydrate the body.* Catalyte is formulated with sodium bicarbonate, a form of sodium that supports rebalancing an acidic or upset stomach, and taurine, which promotes hydration at the cellular level.* The B vitamins in Catalyte will help replace what was lost through urine and support metabolism, and the zinc in Catalyte supports the early enzymatic processes of alcohol metabolism.*

The normal cytokine production pathways (expecially interleukin 10 and 12 and interferon-gamma) become dysregulated while drinking alcohol7 and can be another cause of headaches, chills, fatigue, nausea, upset stomach, and muscle aches. Cytokines are also known for their potential to affect memory and can be a reason for alcohol-induced memory lapses.8

High alcohol content beverages (15% or more)9 can cause intestinal inflammation and lesions by changing the GI tract’s microbial composition and damaging cells. Alcohol also stimulates digestive enzyme secretions from the stomach and small intestine, which can result in stomach pain, nausea, vomiting, heartburn, and acid reflux.

One of the best ways to maintain a proper gut lining for the days you do imbibe is to focus on getting your microbiome balanced on the other days. Thorne’s Gut Health Test will help you understand the status of your gut microbiome and provide a personalized plan to help you optimize it with diet and supplements.

Because the liver assumes the task of detoxification during and after a night of drinking, support its overall health day in and day out with Crucera-SGS.* The sulforaphane glucosinolate from broccoli see extract is an indirect antioxidant that provides protection from free radical damage and activates the body’s natural detoxification and antioxidant enzymes to protect liver cells.*

Another disruption from alcohol is sleep-wake patterns and the hormones needed to get a good night’s sleep. It only takes about three drinks to produce 19-percent less melatonin9 – the hormone needed to fall and stay asleep. Lack of high-quality sleep accounts for some of the fatigue, brain fog, and headaches that are hallmarks of a hangover.