Part 1: F1’s Daniel Ricciardo On His Life in the Fast Lane 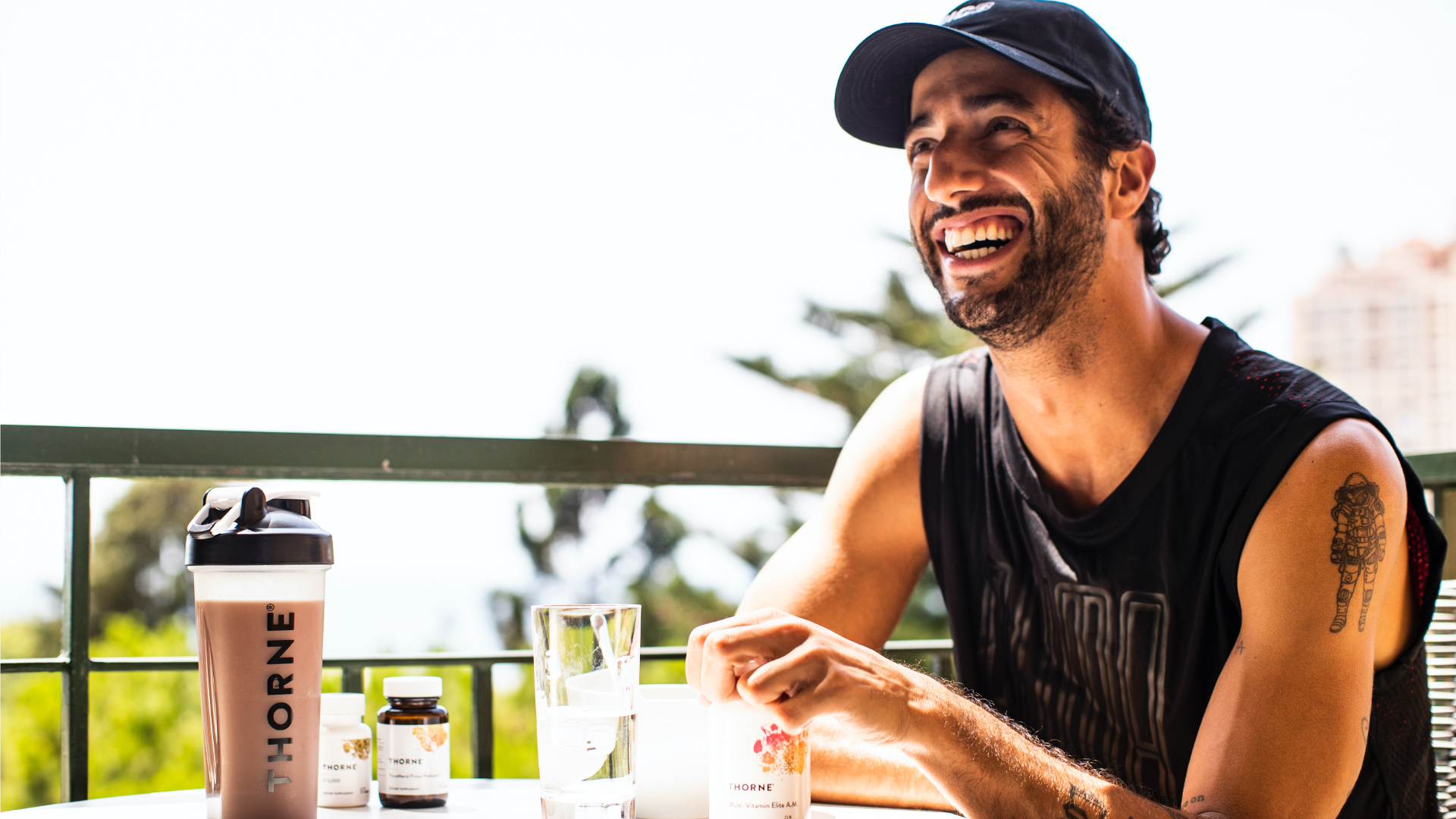 “It’s really easy to overthink the race... that’s the big one for me. It’s about not trying to go to sleep with laps in my head. If I have friends around, then I’ll actually go out to dinner to try to stay relaxed the night before,” Daniel Ricciardo, one of Formula One’s best drivers, told us, as he explained how he keeps his cool the night before a race on the F1 circuit.

“The day of the race you go through, not really a superstitious routine, it’s more of a warm-up. Some stretching, some pre-activation of all the muscles, and listening to music and getting in the zone. Then it’s some reaction stuff, a little bit of skipping, getting my eye and my heart rate a little bit elevated without burning out before the race,” he said.

“I don’t want to get too tense or too sweaty. You want to keep building so you peak at the start of the race and you don’t fade.”

For a such a high-pressure sport, Daniel makes it sound so easy.

That same easygoing philosophy can also be applied to Daniel’s approach to life. Often described as one of F1’s most fun and charismatic drivers, he is seen as breaking the mold of the stereotypical stoic racer. He’s even brought a bit of his Australian roots with him to F1, with the “shoey” celebration – where he celebrates a win by drinking champagne from a shoe.

“Yeah, I really don’t know why it’s been a bit of a stereotype, at least in the past. Yes, F1 is a ultra-competitive sport, but it’s a big business as well and maybe people feel like you must act a certain way when there’s so many people watching and so much money involved. So drivers are probably a little bit scared to act normal or be themselves. I don’t really know,” Daniel explained.

“It’s competitive, so I guess as a competitor, if you’re not winning much of the time, if winning is all that you’re into, then it’s hard to be happy if you’re not winning. But I’ve tried to be myself, and I feel that I’m having the most fun when I can do that, and I’m having the most success when I can do that. And it resonates well with people and they can relate so, it’s a win-win for me, really,” he said.

But don’t let his relaxed attitude fool you. Behind his easygoing attitude, there is also a fast and fierce driver, with 29 career podium finishes and seven Grand Prix victories to date.

Growing up on the Racetrack

Daniel’s love for racing can be traced to his father and his weekends spent on the racetrack.

“My dad raced, not like crazy competitively, not as a profession, but it was always something he loved and always a hobby for him,” Daniel said. “I grew up a lot at the racetrack on weekends as a kid, so I think I got some of that love and desire through him.”

That love and desire to race was further inspired by some of the racing greats.

“My role models growing up, were on 2 and 4 wheels. Australia has a really strong motor bike history, so riders like Mick Doohan and Wayne Gardner, then obviously Valentino Rossi, I was a big fan. On four wheels, NASCAR, there was Dale Earnhardt, and Formula 1’s Ayrton Senna,” Daniel said.

Now as one of F1’s fastest drivers, it’s Daniel’s turn to inspire the next generation of racers. We asked what 2020 and beyond has in store for the F1 racer.

“Coming into 2020, Mugello, it’s a track that has been added to this calendar. It’s a beautiful circuit in Italy that I drove many years ago and I loved it, so that’s what I’m really looking forward to. But with 2020, it’s my last season with Renault, we set out to be fighting for a podium in year two, so that was really the goal for 2020.” he said.

“And for the future it’s World Champion, that’s the only reason I got into racing , it’s why I got into the sport for, it wasn’t to make money and tell people “I’m an F1 driver.” It was to be a World Champion and be the best in the world. That’s what drives me the most, is the competition. And I believe I can, so I'll keep going until I get it.

Learn more about Daniel's Training and Nutrition in Part 2.

Everyone at Thorne is excited to support Daniel in his race for the Formula One World Championship. Be sure to check out Daniel’s personal collection and shop for the same Thorne NSF Certified for Sport® supplements used by the Formula One’s most charismatic driver.