Everything You Need To Know About NAC, From The Lungs To The Liver 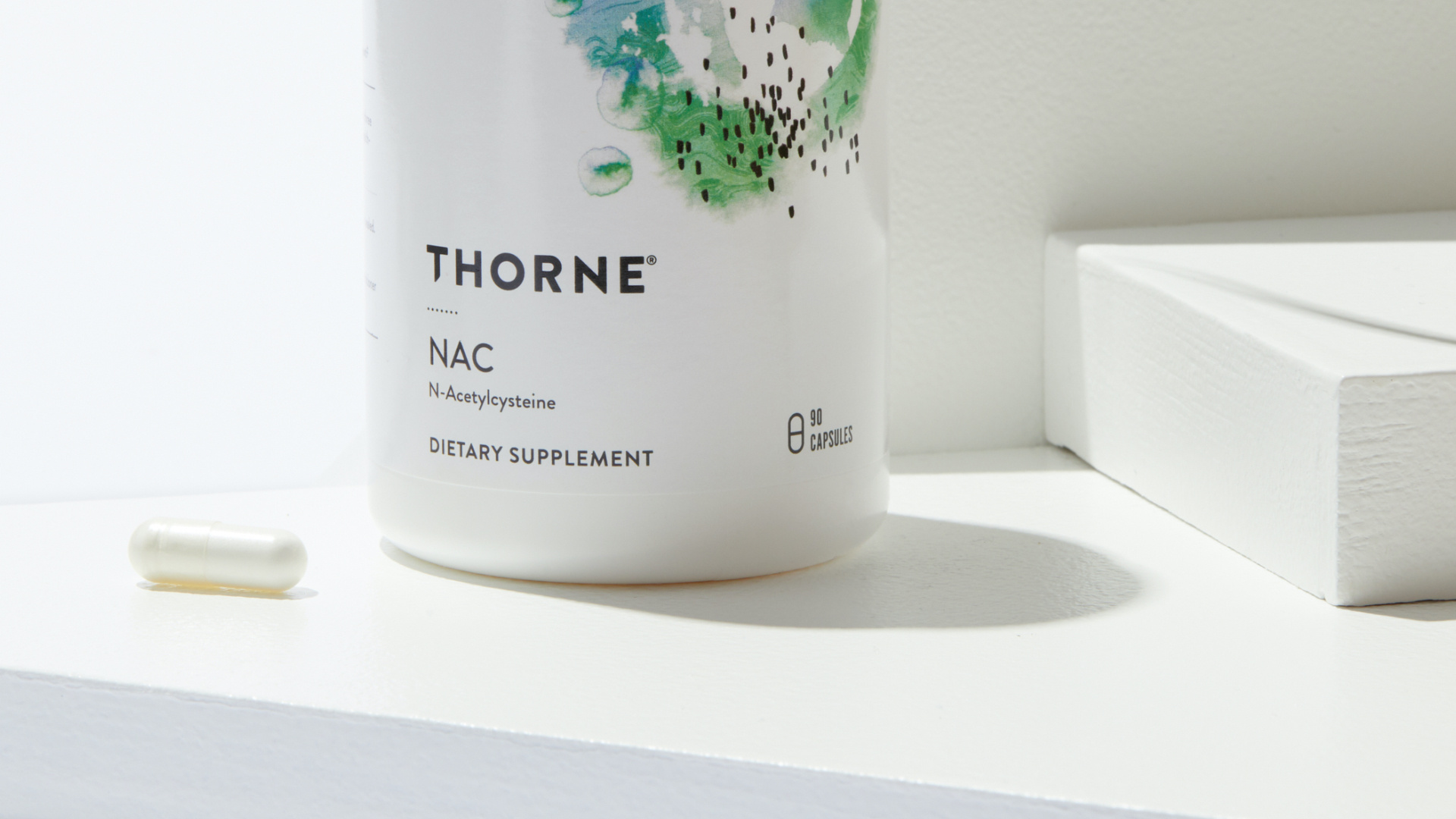 Most of us are familiar with essential nutrients such as the B vitamins, vitamin D, zinc, and calcium. But there are many other nutrients that support the normal structures and functions in the body. Although these nutrients can often be obtained in the diet, having amounts above normal dietary intake can be helpful when you want to support specific areas of your health.

A primary role of NAC is as an antioxidant. NAC is a precursor to the body’s primary intracellular antioxidant, glutathione,2 but NAC also acts on its own to neutralize free radicals. NAC has been shown to have activity against oxygen radicals, peroxides, and nitrogen radicals.

As a glutathione precursor, NAC is very efficient at replenishing cellular glutathione stores. As the most abundant and most important antioxidant in the body, glutathione can be depleted through exercise, normal aging, trauma, infection, and exposure to environmental toxins. Foods such as cruciferous vegetables, and proteins like whey protein, help maintain normal glutathione levels, but taking NAC can more rapidly build stores when needed.

Although NAC is present throughout the body, the levels of NAC and glutathione are more concentrated in the liver and the lungs. When you think about what your lungs do, they are exposed to everything you breathe in. Obviously, the majority of what we breathe is air, but we also inhale dust, smoke, pollens, microscopic viruses and bacteria, pollutants, and other non-essential things – intentionally or unintentionally.

Antioxidants like NAC and glutathione help the lungs have an optimal response to the things we breathe in.* NAC has been shown to favorably promote antioxidant activity in the lungs and support the lung’s normal response to inflammation.3*

As mentioned above, the liver is another place where the level of NAC is concentrated. Because the liver is the primary organ of detoxification – and is continually exposed to what we ingest from food, to alcohol, to medications, and more – it is important that the liver have optimal antioxidant function. NAC helps maintain the liver’s antioxidant capacity, thereby protecting the cells of the liver.* In addition, through the donation of its sulfur, NAC supports the normal detoxification function of the liver.*

In the immune system, NAC again acts as an antioxidant.* Having healthy antioxidant function in immune cells is important because the immune system creates free radicals during normal function and needs to constantly keep this process in balance. NAC also supports the growth and function of immune cells such as T-cells, neutrophils, and lymphocytes.4 In at least one study of menopausal women, 600 mg of NAC daily for four months improved markers of immune health and lowered oxidative stress.5*

NAC is also supportive for women’s reproductive health,6 for brain health and cognitive fuction,7 and as a protective antioxidant for the kidneys.8*