Creatine, an amino acid stored mostly in skeletal muscle, is necessary for creating ATP – the body’s readily usable form of energy. Creatine is especially needed in skeletal muscle – particularly during high-intensity exercise and training – because it helps recharge the body’s energy pools.

Half of the body’s creatine stores come from consuming creatine in food – mainly from meat, fish, and eggs – or from supplementation, while the other half comes from its synthesis in the liver and kidneys from amino acids.1

Much research over the past 10 years has looked at the effects of creatine monohydrate supplementation with resistance training. This research suggests numerous physiological changes occur with creatine monohydrate supplementation, including supporting energy production, while helping to maintain and promote lean muscle mass, endurance, and power output.* Supporting these systems can result in increased training capacity, which can enhance, improve, or quicken physical adaptations.*2

Creatine supplementation promotes a well-hydrated environment, indicated by water mass gains, which in turn supports protein and carbohydrate metabolism both during and following exercise.*2

Because creatine helps maintain hydration within the cells, an individual might weigh more when stepping on the scale after exercise because the supplemented creatine in the body can hold onto water in the muscles.

This is why creatine monohydrate supplementation is often observed being utilized to support the body’s physiological response to weightlifting protocols in athletes of all ages and sports.

The body’s physiological need for creatine increases with regular strenuous exercise or when muscle damage occurs. For athletes, creatine helps the body more efficiently create energy to engage in activity.*

Outside of the athlete population, creatine has also been shown to lessen muscle breakdown in individuals with sarcopenia and to support cognitive function in aging populations.3*

HOW TO GET IT

While creatine is best absorbed before, during, and after physical activity, consistency in taking it is the most crucial factor. So choose to take creatine either before, during, or immediately after a workout, but do it at whichever time will ensure you take it regularly.

It is okay to vary the time you take creatine based on your day, but it is recommended that you take it around your workout window.

Thorne uses a micronized form of creatine monohydrate that is colorless, odorless, and offers enhanced solubility, making it easy to mix in water. Mix one level scoop with at least eight ounces of water, juice, or a preferred beverage daily, or as recommended by your health-care or performance professional. It can be consumed 30-90 minutes before or after exercise. 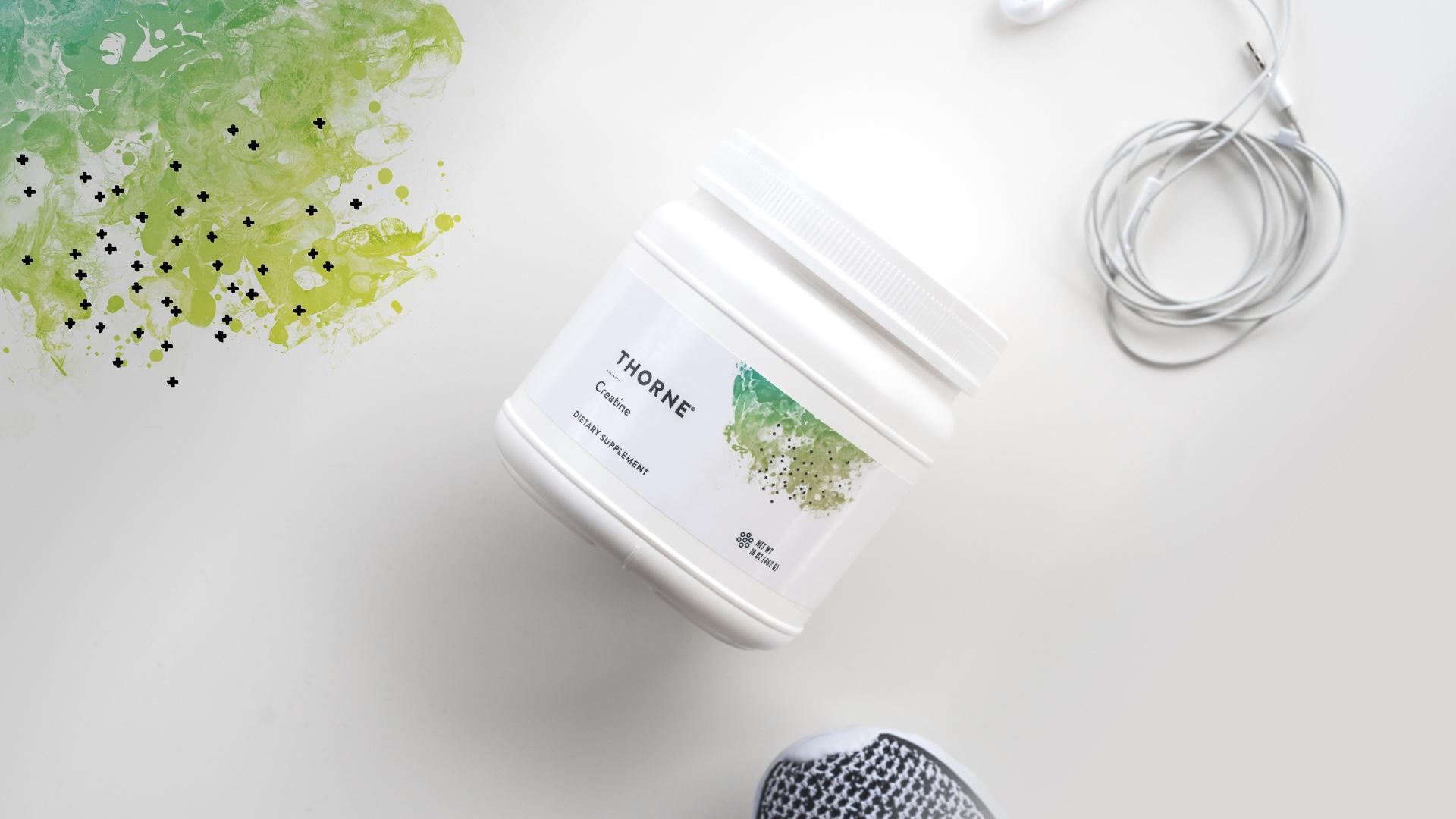 Because an athlete needs to know that his or her nutritional supplements are trustworthy and compliant, every batch of a Thorne NSF Certified for Sport® product is tested for compliance with label claims and to ensure the absence of more than 200 substances banned by many major athletic organizations. These banned substances include stimulants, narcotics, steroids, diuretics, beta-2 agents, and masking agents.