The Microbiome and Gastrointestinal Disorders From Mayo Clinic 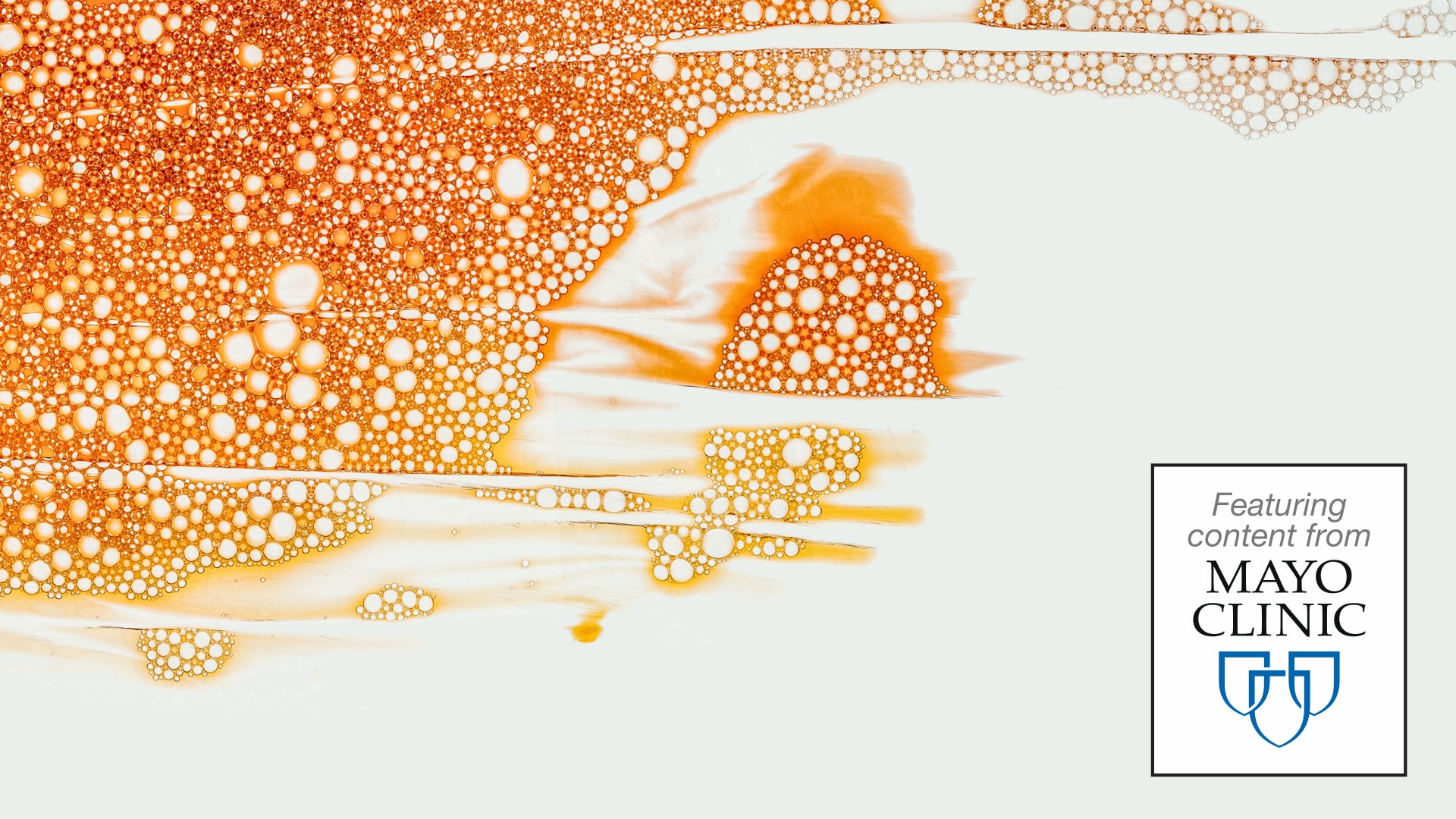 Although many of us think of the gastrointestinal tract as little more than a tube to move food and waste through the body, it is actually a very complex and sophisticated barrier system. The human gut, a world unto itself, teems with bacteria, viruses, and fungi. This population of microbes, called the gut microbiota, contains hundreds of different species, and each species carries its own complement of genes that are separate from the genes of their human host.1,2

Although this might sound disturbing, most of these resident microbes are beneficial, even necessary to good health. Scientists now know that human cells and genes alone do not account for the whole story of health and development.

The microbe populations that live in and on different parts of the body – referred to as the microbiome – play a critical role as well. For example, the gut microbiota break down undigested food to provide essential vitamins, such as vitamin K, biotin, and other B vitamins.

As with most things in health, balance is key. If certain microbes in the gut grow unchecked, then the microbiota becomes unbalanced. Likewise, if healthy microbe numbers fall, then disease can occur. Imbalances in the gut microbiota are linked to several adverse gastrointestinal (GI) conditions, including irritable bowel syndrome, Clostridioides difficile (C. difficile) infection, celiac disease, inflammatory bowel disease, and even some forms of cancer.1,3

The connection between the gut microbiota and GI health is a very active area of current research. If imbalances in the gut microbiota can cause diseases, then restoring balance might help cure them. Better yet, researchers say, perhaps monitoring and maintaining balance could prevent some adverse GI conditions from ever developing.

Although a number of different types of microbes make up the gut microbiota, by far the majority are bacteria – at last count, more than 2,000 different species.4 Researchers believe a rich diversity of bacterial species contributes to better health. Studies have connected greater bacterial diversity in the gut to a lower risk of certain diseases.

A balanced gut microbiota creates a symbiotic relationship that benefits the host and the resident microbes. Food that can't be digested by the body, such as the fiber in complex carbohydrates, provides nutrition for particular types of bacteria. In return, the bacteria produce compounds that help maintain human health.

For instance, bacteria in the colon ferment undigested fiber to produce nutrients and short-chain fatty acids such as butyrate. Butyrate, the main fuel for colon cells, helps move indigestible food through the colon, enhances blood flow to the organs, and may prevent the development of colon cancer.5

In addition to providing nutrients, the gut bacteria and their byproducts influence human health by:

Along with the healthy bacteria that populate the gut, there are harmful species, such as C. difficile. Although in a balanced gut microbiota the cooperative bacteria keep harmful bacteria in check, sometimes the populations may fall out of balance.

There are several factors that can impact the composition and function of our gut bacteria:5

The symbiotic microbes keep potentially harmful microbes out of the gut by competing for limited nutrients. The gut microbiota also supports the body’s response to invading microbes by facilitating the release of secretory immunoglobulin A (sIgA) antibodies in the mucous membranes in the GI tract. Certain bacteria, such as Streptococcus pneumoniae and Haemophilus influenzae, can break through that barrier, however, by releasing chemicals that destroy sIgA.

Since their discovery, antibiotics have been used to treat ailments caused by bacteria, such as sinus infections, strep throat, tuberculosis, and cholera. Although antibiotics destroy pathogenic bacteria, these drugs also kill beneficial bacteria.

In fact, broad-spectrum antibiotics, such as amoxicillin, affect nearly one-third of the bacteria species in the gut and can cause rapid decreases in bacterial diversity.6 Although the microbiota can often handle the disruption and quickly return to balance, for some people the decreased population of beneficial bacteria provides an opportunity for harmful bacteria to flourish.5

Antibiotic use has been connected to infections such as C. difficile and Salmonella, as well as a host of other adverse conditions, such as inflammatory bowel disease (including Crohn’s disease), celiac disease, and obesity.5 For example, babies treated with antibiotics in the first year of life have an increased risk for developing inflammatory bowel disease. And the more the child is exposed to antibiotics, the higher the risk.1,2

This does not mean antibiotics shouldn’t be used – they can be lifesaving. However, they should be used only when prescribed properly and judiciously by a health-care professional.

Many adverse GI conditions are linked to disruptions of the gut microbiota.5

Inflammatory bowel disease (IBD) is a chronic, recurring inflammation of the large intestine. In animal models and in studies of humans with the disease, a disrupted gut microbiota with an accumulation of potentially harmful organisms such as E. coli and other bacteria has been associated with IBD. Researchers have also observed that individuals with IBD have more bacteria associated with in?ammation and fewer bacteria with anti-in?ammatory traits.5,7

Irritable bowel syndrome (IBS) is a common, chronic disorder characterized by abdominal pain and altered bowel patterns, such as diarrhea or constipation or alternating symptoms of both. A growing body of research connects gut microbiota with IBS – in particular, how material passes through the cells of the intestinal lining, how gut muscles contract to move material (peristalsis), and how the body responds to pain from the gut.5,6

Compared to healthy individuals, those with IBS may have higher counts of some specific types of bacteria (Ruminococcaceae and Clostridium cluster XIVa) and lower counts of others (Bacteroides).

So far this is only a correlation – the debate is still open as to cause and effect. However, when one research team colonized germ-free rats with the microbiota from individuals with IBS, the rats experienced more abdominal contractions, a common IBS symptom.5 This suggests bacterial composition might be contributing to pain in IBS.

C. difficile bacteria are found throughout the environment, and a small number of individuals naturally carry the bacteria in their large intestine. For most individuals, a balanced microbiota keeps this potentially harmful population in check. However, a disruption of the gut microbiota can lead to unchecked growth of C. difficile. Usually this infection will cause diarrhea and abdominal cramping, but severe cases can lead to inflammation, bleeding, and even serious swelling of the colon that could cause it to rupture (toxic megacolon).9

C. difficile infection can be difficult to cure. In 15-30 percent of cases, the infection recurs at least once after treatment, and of these, 40-60 percent have more than one recurrence despite treatment.3,10 To help treat these difficult cases, patients can be given a microbiota (fecal) transplant to replace the imbalanced microbiota with healthy microbiota from a donor.

What’s more, after transplantation, the recipients' bacterial diversity resembled that of the healthy donors, with an increase in beneficial bacteria and a decrease in harmful bacteria.11 Other studies have achieved similar results, with a nearly 90-percent overall cure rate.

Fecal transplantation is recommended for individuals who have had multiple recurrences of C. difficile that didn’t improve with antibiotic treatment.12 Safety concerns remain, however, because of the risk that hidden harmful viruses, fungi, or bacteria could be transferred from one person to another.

The American Gastroenterology Society has launched a national registry to assess short-term and long-term outcomes associated with fecal transplantation and to determine its long-term safety.13 And researchers are working on ways to refine and target the delivery of beneficial microbiota.3

Changes in the structure and metabolism of the gut microbiota possibly contribute to the development of colorectal cancer, which annually kills more than 800,000 people worldwide.14 Researchers believe that microbes in the gut can damage DNA by:

The gut microbiota can either restrain or promote tumor growth by changing how the immune system monitors and regulates cells.15

Research suggests that diets high in saturated fat, commonly found in red and processed meats, are strongly connected to an increased risk for colorectal cancer.

The intestines are lined with a barrier designed to absorb nutrients and fluids while keeping pathogens out of circulation. Microbiota disruptions can lead to an increased ability of compounds such as endotoxins to penetrate or permeate this barrier.

These compounds can activate inflammatory and immune responses that worsen permeability. This condition can result in higher susceptibility to illness, less nutrient absorption, and gastrointestinal distress.

In the past, most medical research focused on eliminating harmful bacteria through the development and use of antibiotics. But today, researchers are trying another strategy: promoting healthy bacteria in the gut.

As investigators learn more about which types of bacteria maintain balance in the gut and which contribute to disease, they can explore ways to shift the makeup of bacterial populations to improve health. For instance, in Crohn’s disease, it is thought the bacteria F. prausnitzii is beneficial.5

Probiotics have also shown some promise in fighting colorectal cancer. In small clinical trials, researchers found that bacteria from the Lactobacillus genus reduced the concentration of a type of disease-causing bacteria in people with colorectal cancer and suppressed tumor growth for 2-4 years after treatment.15

The gut microbiome is a promising area of research when it comes to understanding and treating gastrointestinal diseases. More and more studies are finding strong connections between specific disorders and the makeup of the microbiome.

But this research is still fairly new, and the hard work is just beginning, because the gut microbiome is one of the most complex environments in the human body. Still, many scientists believe that understanding its intricacies will lead to new treatments and possible cures for many diseases.