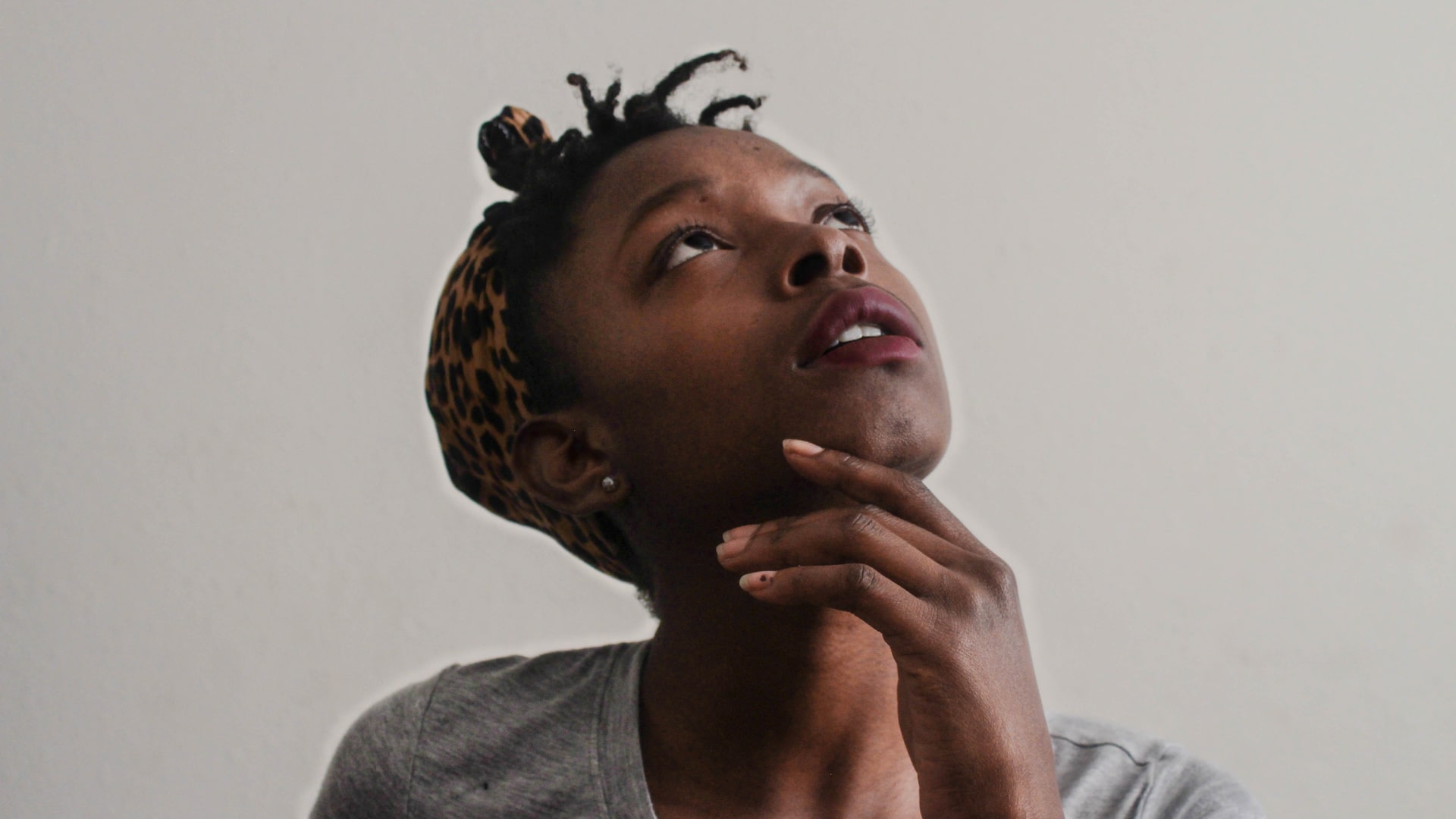 Our brains are fabulous organs. They help us keep things on track, recognize loved ones, carry on meaningful conversations and, in actuality, run the show that makes us human.

I’ve given my brain quite a run for its money in my lifetime. I like to refer to my “hard drive being full.” There’s lots of info stuffed into this noggin – medical knowledge, nutrition factoids, and a bunch of song lyrics that I often didn’t even know were in there.

And I certainly have my moments when my hard drive is glitchy. I drive to the grocery store (queue random song lyrics), grab a cart, walk toward the produce section, and draw a total blank. Or I’m telling a hilarious and compelling story and I can’t draw the right word for what I want to say. By the way, have you seen my keys?

Who hasn’t had a “brain fart” moment, or a time where you wished your memory was a bit sharper, or that you could focus on the task at hand just a bit more?

It’s normal to have these moments, although they can certainly be inconvenient. If you’re having these “moments” more often than you’d like, or you’re looking to boost the power of your amazing brain, then you do have options. One option is to try a nootropic!

It’s a super fun word for brain boosters, and you can read all about them here. Nootropics have been around literally for centuries and are gaining popularity in Silicon Valley and corporate start-up worlds for increasing office productivity.

But you don’t have to be a corporate mogul to take advantage of the benefits that nootropics have to offer. Let’s look at a list of 10 natural nootropic options for optimizing the output of your brain.

The omega-3 fatty acids in fish oil have a ton of health benefits. Docosahexaenoic acid (DHA), one of those fatty acids, has been found to be particularly useful for supporting brain health.* For example, although DHA supports cognitive function in the elderly,*1 you don’t have to be older to reap the benefits of omega-3 supplementation.

If your diet is low in omega-3 fatty acids, then taking a fish oil supplement could enhance your memory and decrease reaction time, as was seen in a randomized trial of healthy young adults.*2

You can increase your omega-3 intake by increasing your intake of fatty, cold-water fish like salmon, trout, tuna, herring, anchovies, and mackerel. Be cautious with certain types of these fish, though.

King mackerel should be avoided and certain types of tuna should only be eaten in moderation because of potential mercury contamination. When considering canned tuna, the light tuna is typically lower in mercury content than the white albacore or yellow-fin tuna used in gourmet canned tuna.

Because fish is not tested for toxins, choosing a high-quality fish oil supplement, like Thorne’s Super EPA, which is tested for heavy metals and other toxins, is your best bet.

I’m a really big fan of supplementing with B vitamins. They are water-soluble vitamins that are depleted easily by many lifestyle factors and medications, they are inexpensive to supplement, and they provide many health benefits. The B’s are surely among my top five supplement choices.

Levels of blood markers indicative of low vitamin B12 are associated with poor memory and decreased brain volume.*3

Supplementation with B12 and folate (another B vitamin) has been shown to support cognitive function – as was demonstrated in a study of older adults.*4 B vitamins: no brainer right?

You can take the B vitamins separately, but they’re all so great, why be choosy? Take them all! Choose a high-quality B-complex that includes the active, tissue-ready forms of folate and B12 – methylcobalamin and 5-MTHF – like Thorne’s Basic B Complex or B-Complex #12.

Phosphatidylserine, a fatty substance found in the brain, acts like a coating over your brain cells to protect them and help them transmit messages between each other. Its level in your brain can decrease with age, which can lead to issues with memory and cognitive function.

Supplementing with phosphatidylserine has been shown to support cognitive performance in elderly individuals.*5

Another study suggests that delayed recall can be supported with phosphatidylserine.*6 Phosphatidylserine also helps lower the stress hormone, cortisol.* And when you’re calmer, you can usually think more clearly.

Ginkgo supplements are derived from the leaves of the tree of the same name. Fun fact: Ginkgo trees are, in actuality, living fossils. There are Ginkgo specimens dating back 250 million years that are nearly identical to today’s living trees.

Ashwagandha (Withania somnifera) is another botanical ingredient that supports healthy brain function – but, unlike Ginkgo, it is derived from the root of the plant. Ashwagandha is a traditional Ayurvedic (an ancient system of medicine developed in India) botanical, and is possibly the most popular Ayurvedic herb in the Western world.

This botanical has been used for thousands of years to calm and normalize the body and reduce the effects of stress, as was shown in a study of chronically stressed individuals given ashwagandha root extract.*8

Ashwagandha also might be neuroprotective, which means it helps protect the brain from damage by factors like oxidative stress.* In a double-blind study of 50 healthy adults, 300 mg of an ashwagandha root extract resulted in improvements in sustained attention, information processing, and overall cognitive function.*9

Bacopa is another long-standing Ayurvedic herb traditionally used for neurological and cognitive support.* Bacopa is the brain botanical for all ages. Supplementation with Bacopa promotes mental control, logical memory, and paired learning.*10

In a study of 512 healthy individuals, Bacopa enhanced cognitive function, particularly speed of attention, reflected in a reduced amount of choice-reaction time.*11

Great for test taking, huh? Bacopa can also be helpful in children and adolescents for supporting memory and attention span.*12

L-Theanine, or theanine for short, is an amino acid found most commonly in the leaves of tea. Theanine is known to have a relaxing effect on the brain without a tendency to drowsiness.*

This is because theanine stimulates alpha-wave activity in the brain, which promotes a relaxed state.*13

Alpha-wave activity in the brain is associated with a  “relaxed alert” state, which plays an important role in attention. Theanine in combination with caffeine can reduce anxious feelings and enhance working memory and attention.*14

You can drink your theanine in the form of organic green tea. But if you’re attached to your coffee instead, you can also supplement L-theanine to reap the benefits of both.

Acetyl-L-carnitine (ALC) is an amino acid produced in the body. It enhances the production of the neurotransmitter acetylcholine, which supports brain function.* ALC has been shown to support performance on behavioral scales, as well as on memory and attention tests.* It has also been shown to improve mood in the elderly.*15

Resveratrol is one of the plant-based compounds called polyphenols. Polyphenols provide antioxidant effects that assist with oxidative damage and support a healthy balance of inflammatory chemicals called cytokines.*

Resveratrol is found in peanuts, berries, and the skin of red grapes. While resveratrol supports a healthy inflammatory response, it can boost brain health as well.* The memory center of your brain is the hippocampus.

In a 26-week study of healthy adults, resveratrol supplementation was associated with supporting memory performance.17*

Although red wine does contain resveratrol, drinking enough to get the optimal amount will leave you with a big issue to deal with in the morning. Better to opt for a high-quality supplement like Thorne’s PolyResveratrol-SR, which contains resveratrol, as well as pterostilbene and other plant extracts. Pterostilbene is a derivative of resveratrol that enhances the properties of resveratrol – a boost for the booster, if you will.

Rhodiola rosea is an attractive succulent plant that has bright yellow flowers.  Rhodiola is commonly used as an adaptogen to support healthy resistance to stress, but it can also be a buddy to your brain.*

Bringing it all together

With so many great choices when it comes to nootropics, Thorne has reformulated its Memoractiv™ product to put several of these beauties in one place!

Memoractiv is designed to promote productivity, creativity, and mental focus.*

Plus, its ingredients also promote a feeling of well-being and assist your eyes in filtering out blue light from computer screens.*

Our amazing brain can use all the help it can get. Healthy diet, exercise, and hydration are always important, as well as giving your brain a “break” with meditation, deep breathing, relaxation time, and a good night sleep. Healthy body, healthy brain, happy life.