Since its discovery in 1929, vitamin K has been known for its importance in helping blood clot. In fact, it was named vitamin K for that very reason.

The new vitamin received the designation “K” because its initial discovery was reported in a German medical journal in which the substance was designated as “Koagulationsvitamin.”

But vitamin K is so much more than just a blood-clotting vitamin.* Two of its other primary therapeutic benefits – supported by an increasing body of research – are for bone and blood vessel health.*

Vitamin K is necessary to activate the proteins that are involved in: 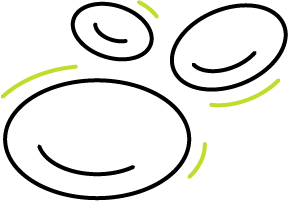 In the most basic terms, vitamin K is necessary to support clean arteries and strong bones.*

Vitamin K3 is synthetic and has primarily been used in some clinical investigations in cancer research, but it is not sold as a nutritional supplement in the United States.

Vitamin K2 (also known as menaquinone) is also a family of several different molecules that are identified based on the length of the side chain – from MK-2 to MK-14.

The two forms of vitamin K2 that are used in nutritional supplements are MK-4 and MK-7.

Who should be taking vitamin K? You.
Vitamin K is so essential for bone and vascular health that it’s hard to identify an individual who would not benefit from vitamin K supplementation.+

You might especially benefit from vitamin K supplementation if:

How much vitamin K is needed?
It used to be believed that only a tiny amount of vitamin K was necessary, because that was all that was needed to support blood coagulation.

However, unlike the blood clotting proteins, higher levels of vitamin K are essential for the activation of other proteins, such as osteocalcin for bone health.*

For example, in one study the dietary intake of vitamin K in 219 healthy adults who were eating an average American diet was found to be insufficient for activation of osteocalcin, even though normal clotting (measured by prothrombin time) was maintained.2

Thus, it appears that more vitamin K is needed to support bone and vascular health compared to what is needed for blood clotting.*

But the ideal amount of vitamin K is not a one-size-fits-all answer, because it also depends on the form of vitamin K.

Taking both vitamin K1 and vitamin K2 can be the best way to ensure adequacy. Health benefits of vitamin K1 appear to be achieved at daily amounts of several hundred micrograms (mcg) to a few milligrams (mg).

What about dietary sources of vitamin K?
Vitamin K1 is found in its highest concentration in green leafy vegetables, although it might not be very well absorbed from dietary sources.

For example, one study found six times greater absorption of vitamin K1 from a nutritional supplement than from green vegetables (spinach, broccoli, and romaine lettuce).3

Vitamin K2 in the MK-4 form is found in butter, meat, eggs, and cheeses – particularly aged cheese. Gouda and brie are reported to be the cheeses with the highest amount of the MK-4 form.

Vitamin K2 in the MK-7 form is found in fermented foods, most notably natto, a traditional Japanese food made from fermented soybeans.

Because of the unreliability of dietary vitamin K content and its absorption, a nutritional supplement should be considered.

If you take vitamin D, don’t forget the K
Just like salt goes with pepper, and wine goes with chocolate, and magnesium goes with calcium, vitamin K goes with vitamin D. Vitamin K supplementation should always be paired with supplemental vitamin D when possible.

While vitamin D is increasing the absorption of calcium to provide important support for bone health, vitamin K is directing that absorbed calcium to the bones and out of the soft tissues, such as the blood vessels and the kidneys.*