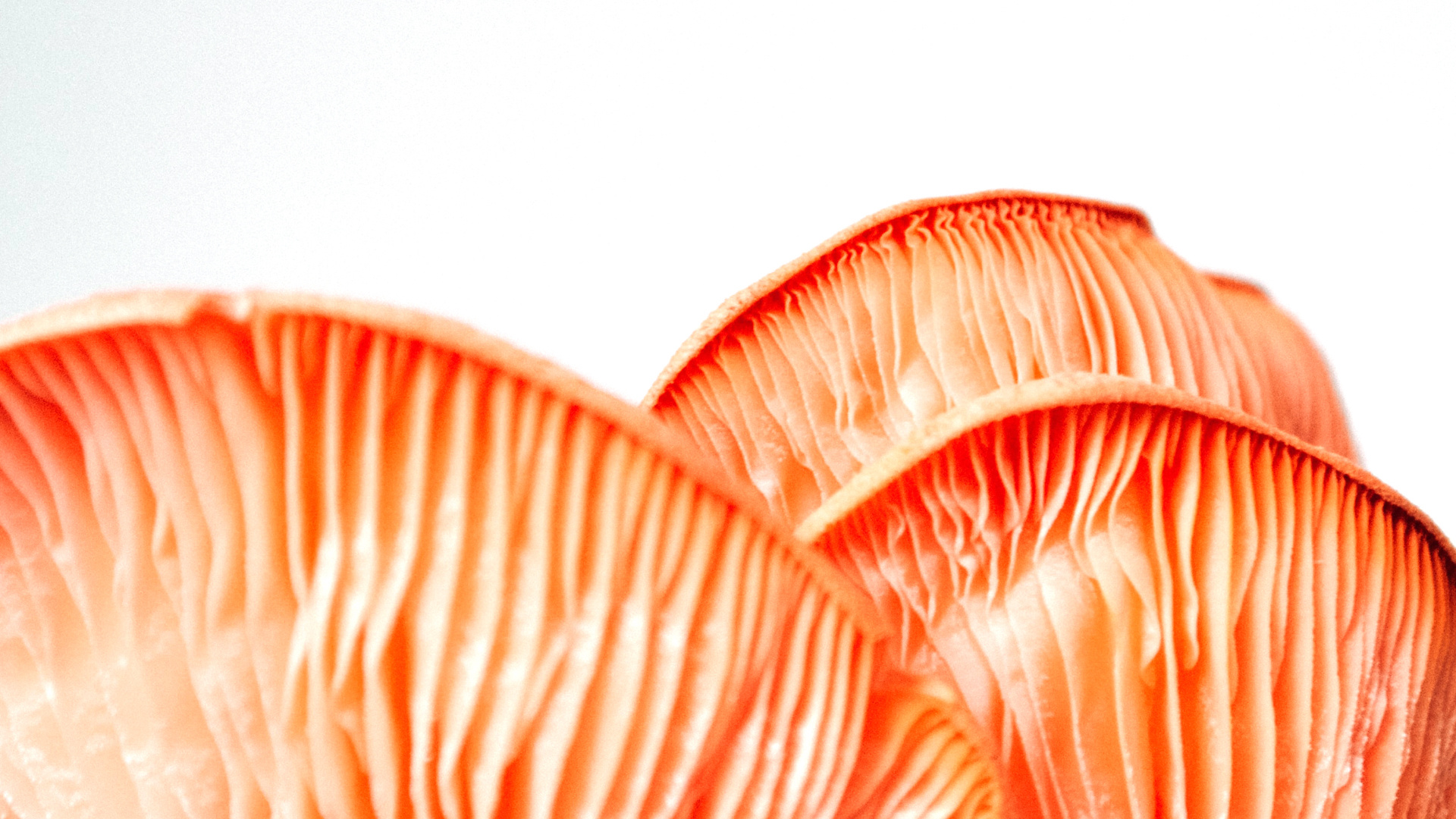 Mushrooms have a certain mystique about them. They’re kind of funny looking and beautiful at the same time, and they can be very nutritious or extremely toxic. They are the centerpiece, or an essential component, of epicurean dishes spanning the globe – from chicken marsala in Italy, to beef bourguignon from France, to beef stroganoff from Russia, to Hungarian mushroom soup – and don’t forget the all-American portobello mushroom burger.

It is estimated that, while there are as many as 5,000,000 species of yeast and fungi in the world, only five percent have been identified. Along with bacteria and other organisms, mushrooms make up the “microbiome” of the earth’s soil.

Although the urge is certainly to keep talking about food, this blog focuses on the medicinal qualities of mushrooms, particularly their benefit for immune support.* But there is more about food at the end.

Mushrooms have been used medicinally in traditional Chinese medicine (TCM) for thousands of years, but have only been cultivated for 800 years. The Compendium of Materia Medica, published in the 16th century, identified 1,892 medicinal ingredients, of which 20 were medicinal mushrooms.

And over the centuries since, more medicinal mushroom species have been identified – 850+ at last count in 2015. In addition to general immune support, mushrooms are widely studied for support of oncology patients, and well as for cardiovascular and liver health.*

Some important health-promoting constituents of mushrooms are:

Beta-glucans – specifically (1-3)(1-6)beta-D-glucans – are water-soluble polysaccharides found in fungal cell walls and are the primary immune-modulating constituents of medicinal mushrooms.* Unlike alpha-glucans, which are starches found in very low amounts in mushroom fruiting bodies, water-soluble beta-glucans are found in significant amounts and are not digested by enzymes in the GI tract.

Instead they are absorbed by the cells of the small intestine, where they support mucosal immunity in the GI tract and systemic immunity.*1 Although beta-glucans primarily activate macrophages and dendritic cells, they also enhance the activity of natural killer (NK) cells, T-lymphocytes, and B-lymphocytes.*2

Ergosterol is a molecule similar to cholesterol and is the most abundant plant sterol in mushrooms. Found in the cell walls of all mushrooms, it’s a precursor to vitamin D2.

Ergothioneine is a naturally-occurring amino acid found primarily in mushrooms. It’s a powerful antioxidant that accumulates in organs that are predisposed to high levels oxidative stress, such as the liver, kidneys, and eyes.*

Three of the most well-studied medicinal mushrooms for their immuno-supportive properties are reishi, shiitake, and maitake.

Ganoderma lucidum (reishi mushroom) is probably one of the most revered medicinal mushrooms in the world; it has been used in TCM for at least 2,000 years. This glossy, deep reddish-brown, saucer-shaped mushroom has been called the “mushroom of immortality.” Its DNA has been fully sequenced (12,910 genes),3 and more than 400 active constituents have been identified. Among the most important are the beta-glucan polysaccharides and the triterpenes (such as ganoderic acid), the latter being the likely source of its bitter taste.4

Studies show reishi supports immune function by increasing NK-cell activity and by supporting the activities of T- and B-lymphocytes and macrophages.*5 Reishi has also been shown to support resistance in athletes exposed to stressful situations.*6

Lentinus edodes (shiitake mushroom) has been cultivated in China since 1000 AD and has important medicinal and culinary uses. Like other medicinal mushrooms, beta-glucans provide a big portion of shiitake’s significant health benefits. A study analyzing the beta-glucan content of various parts of the shiitake mushroom found the highest levels in the stipe (stem), slightly less in the pileus (cap), and the least in the mycelium (roots).7

The most studied of the shiitake beta-glucans is lentinan, which has similar benefits to beta-glucans from other mushrooms – providing support for cells of the immune system, including T- and B-lymphocytes, NK-cells, and macrophages.*8 Shiitake’s polysaccharides and glycoproteins also benefit hepatic function and act as a hepato-protectant against liver damage.*

Grifola frondosa (maitake mushroom) is important in both Japanese cuisine and Japanese traditional medicine (Kampo). Its Japanese name, maitake, means dancing mushroom, because those who found it would reportedly dance at their good fortune.

Maitake enhances NK-cell activity, macrophages, and cytotoxic T-cells.* In addition to its immuno- supportive benefits, maitake is hepato-protective against acetaminophen toxicity.* It also helps maintain healthy blood sugar levels,9 possibly due to the high molecular weight glycoprotein in its extract.*

In a study of the immuno-supportive benefits of maitake, shiitake, or both, the combination had significantly more effects than either species alone.*10

Mushrooms provide many nutritional benefits – they are good sources of fiber and vegan protein and are very low in sodium and fat. One study of eight edible mushrooms, including shiitake, found fiber content ranged from 25-46 percent, with shiitake being among the top three.

Protein ranged from 16-37 percent, and all mushrooms tested contained all essential amino acids.11 Mushrooms also contain various vitamins and minerals, including the B vitamins, vitamin D2, potassium, selenium, zinc, and copper. Mushrooms made the Environmental Working Group’s 2020 list of “Top 15 Cleanest” – meaning they are among the 15 items of produce with the lowest amount of pesticides.12

What is the best way to eat these “medicinal” mushrooms?

Shiitake mushrooms are best prepared by sautéing them lightly in butter or olive oil until tender. They can then be mixed with eggs, pasta, or as a pizza topping. You can also add them to miso soup along with some sea vegetables. Or try this yummy-sounding mushroom risotto recipe.

The delicate nature of maitake mushrooms appeals to many people who don’t like the rubbery texture of some varieties of mushrooms. Because of their large size, they need to be gently pulled apart into smaller pieces before cooking if you sauté then and used in a way similar to the shiitake mushroom.

However, if you want to grill them, you can keep them whole. This foodchannel.com recipe gives all the details of pressing them into steaks, marinating them, and then grilling them.

Reishi mushrooms are probably the most difficult to cook with and, due to their tough, bitter nature, are usually prepared for medicinal purposes, as opposed to a culinary delight.

Although the young outer portions can be eaten fresh, they can sometimes cause stomach upset, and are typically dried prior to consumption. And, because of their bitterness, they are often mixed with something else bitter like chocolate or coffee – such as this reishi chocolate latte – that includes reishi powder, chocolate, AND coffee all in one recipe.

Cooking isn’t your thing? You’d rather just drink your mushrooms in water or in a smoothie? Try Thorne’s Myco-Immune – a blend of six medicinal mushrooms, including reishi, shiitake, and maitake. Or explore one of our newest products, VeganPro Complex® (vanilla or chocolate).

This vegan protein blend contains a complete multi-vitamin/mineral complex (with vegan D3 from algae), DHA (also from algae), a fiber blend, and you guessed it – a maitake, shiitake, and reishi mushroom blend – all in one great-tasting product.