How to Train Like UFC Fighter Marlon “Magic” Moraes 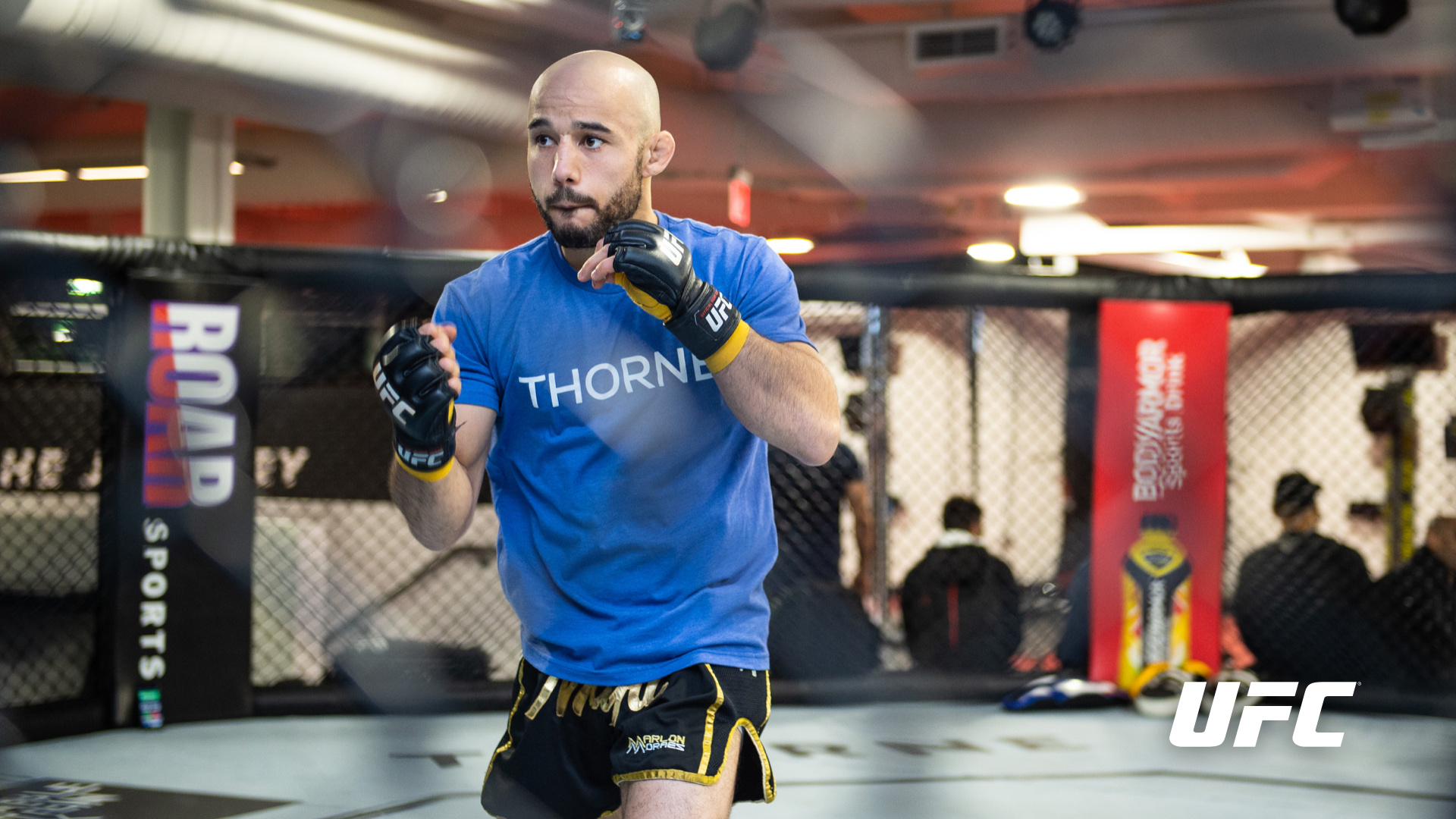 Every time you see Marlon “Magic” Moraes enter the octagon, you’ll see that his nickname speaks for itself. Marlon has shown flashes of magic from an early age. The Brazilian native began training at age nine, starting with kickboxing before switching to Brazilian Jiu-Jitsu at age 15.

From there, Marlon displayed signs of a skilled fighter in the making. Having worked his way up in the fighting world, Marlon currently ranks as a black belt in both Muay Thai and Jiu-Jitsu, he has earned two Brazilian National Thai Boxing Championships, and he became a World Series of Fighting Bantamweight champion in 2014.

In 2017, Marlon took his magic to the UFC, where the ever adaptable and adept Brazilian striker continues to make his presence known. We recently sat down with Marlon to discuss where his inspiration comes from, his goals for 2020, and his training and nutrition routines when prepping for fights.

A Day in the Life of an MMA Fighter

The first thing on Marlon’s mind when he wakes up? Hydration. Marlon reaches for a glass of water with lemon and takes his morning supplements, typically a regimen of:

Then, to fuel his hardcore training, Marlon starts with a well-rounded breakfast, which includes eggs, oatmeal, and coffee, before hitting the gym. Proper nutrition is a key aspect of Marlon’s MMA training and preparation for fights. His advice to aspiring fighters – or even those who wish to train like one – is to “make sure to eat and feed your body well before and after workouts. This way you’ll be able to learn and develop all aspects of the fighting game.”

Although, when traveling, he notes that sticking to a meal plan can be tricky. His strategy? Get to an event early.

“It’s very hard to keep eating clean while traveling. I’m always trying to bring a couple of meals and my supplements with me. Every time we compete in a different country, we try to get there two weeks before the fight, so I feel natural. If I’m fighting in a different time zone, we need a week,” Marlon said.

“I do two sessions every day except Sunday, Wednesday, and Saturday. I have afternoons off, so I do two training sessions in the morning back-to-back,” he said.

To keep him fueled throughout the day, Marlon relies on a strict nutrition and supplementation plan for lunch. In between training sessions, Marlon supplements with Thorne’s Amino Complex and a protein shake. For lunch, Marlon aims for balance, and meals typically include a salad and lots of vegetables, along with 100 grams of a protein source (such as chicken breast) and 100 grams of a carbohydrate source.

Marlon’s day doesn’t stop there. After his afternoon training session, he fuels up one more time to prep for a night session.

“I like to have a meal before my evening workout, along with Thorne’s Beta-Alanine SR. It’s usually a bowl of berries with a slice of bread and peanut butter,” Marlon told us. “My training sessions at night are [focused on] conditioning and technique and includes swimming.”

To wind down after his all-day workouts, Marlon takes one more protein shake for recovery and then relaxes with some hot tea and nuts for a snack.

As an MMA fighter, Marlon requires his body to perform at peak potential. And he trusts Thorne to help him get there.

“The USADA [can] test [fighters] every day, we have to make sure our products are clean. We see so many cases of tainted supplements [in the UFC], but with Thorne it never happens,” Marlon explained. “They are all NSF Certified for Sport, and I can take them without being worried about the composition and source.”

In addition to a typical supplement regimen of multis, protein, and amino acids, Marlon relies on Thorne products for other areas of athletic performance — including products that support his gut health, sleep, and of course, muscle recovery.

Marlon’s go-to for gut support is FloraSport 20B.

And when it comes to sleep, Marlon relies on both Melaton-3 and RecoveryPro.

“We need to make sure we sleep at least eight hours every night, and sometimes training hard at night makes it hard to get to sleep. I use melatonin when my night session ends after nine p.m., and RecoveryPro when my body is sore,” Marlon said.

Carrying the Magic into 2020

Marlon currently holds an impressive 23-6-1 career record, and, with a recent win over Jose Aldo, he is expected to make another run toward a possible bantamweight title shot.

“My goal is to get a big fight with another top contender and solidify my spot as the number one contender, and hopefully compete for the championship,” Marlon explained.

And he’s been investing a lot in his training to do that.

“We are getting better everywhere on the fight, been working more on boxing, and working on a healthy lifestyle so that when I get closer to a fight, I don’t have to suffer cutting weight,” he said.

And just how does he stay so driven, especially in such a competitive sport? Marlon explained he learned a lot from his role model.

“My role model has always been my mother; she worked so hard to support our family.”

In fact, despite the numerous championship titles and accolades he has earned over the years, Marlon said that his proudest accomplishment to date has little to do with the UFC or MMA — it was being able to buy his parents a home.

Thorne wants to extend our best wishes to Marlon as he continues to train and compete for the title in 2020.