Do My Tattoos Make Me Sweat More? 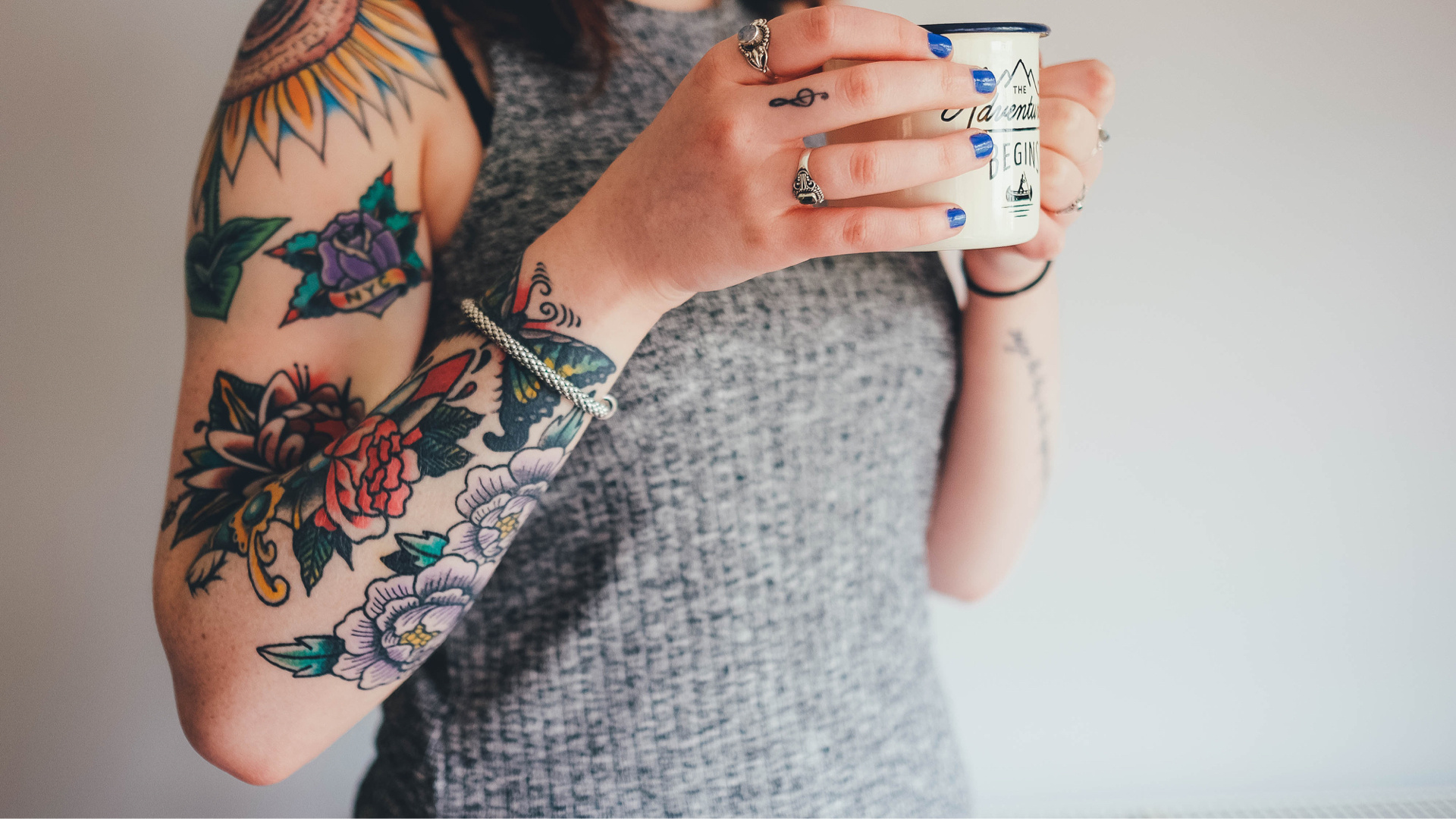 Although tattoos have been a form of art for 6,000 years, they have become more and more popular in recent decades. As of 2012, 21% of U.S. adults had tattoos, and 20% of those had five or more, covering more body surface area than ever before. The most popular age to get a tattoo appears to be between the ages of 18 and 29.

Forty-six percent of Millennials and 36% of Generation Xers have at least one; they are more common on women than men and are very popular among military members.

Ink art ranges in size from a small icon on a finger to a full sleeve or a large design that covers the entire back. A 2017 poll revealed that 54% of individuals with tattoos have ink that covers 5% of their body, while 18% have tattoos covering 10% of their body.

With such significant numbers as this, you have to wonder how tattoo ink might be changing the skin’s physiology and, if so, what you need to be doing differently.

Because the puncturing of the needle creates damage, the wound and the ink is perceived by the immune system as foreign objects, thus activating the white blood cells.

Specifically, white blood cells called macrophages travel to the site of the tattoo to engulf and digest the foreign ink nanoparticles. Even though the macrophages eventually die and skin cells in the dermis layer turn over, the ink can be passed onto new cells.

There may be some fading or blurring over the years, but in general, if done correctly, then a tattoo can literally last forever.

How do tattoos affect physiology?

Because of their popularity, tattoos are becoming a more robust research topic among physiologists. Because the tattoo needles damage the sweat glands they come in contact with, researchers are interested in how tattoos affect these glands.

Scientists recently measured the difference in sweat production and concentration in individuals with unilateral tattoos as small as two inches, comparing the tattooed site to the opposite, tattoo-free side of the body.

Surprisingly, tattooed areas produced significantly less sweat volume – about half as much – compared to the same area on the opposite side having no tattoo.

Next, researchers determined if the sweat concentration was the same. From the same sweat sample, they discovered that the sodium concentration from the tattooed area was much higher, almost 50% higher, compared to the sodium amount from the non-tattooed area. And it didn’t make a difference if the tattoo was 40 years old or brand new.1

So how do tattoos affect sweat? While they might cause you to actually sweat less, your sweat would be more concentrated, an important thing to consider if you’re an athlete, serviceman/woman, or just about anyone with a tattoo, because this could affect your hydration, body temperature, and ultimately your overall health.

What does this mean for you?

The dermis layer of the skin contains eccrine glands, which are the major sweat glands found all over the body, but are in the highest concentration on your hands, armpits, feet, and head, with relatively fewer of them on your back, chest, and extremities.

Sweat is produced as one way to regulate body temperature; i.e., as your body’s workload increases, it needs to release high energy molecules and cool your core, starting with the blood in vessels closest to the skin.

Sweat provides a means for evaporative cooling. Because a great majority of tattoos appear on the trunk and arms, many sweat glands can be damaged in those body areas where it’s important for heat to escape.

When you're in the sun, you tend to cover your skin. Tattoos in the military are a time-honored tradition. Tattooed servicemen and women, as well as first-responders, also wear heavy uniforms and packs that cover their tattoos, which can compound the heat stress being put on the body.

Do you have a tattoo? What to do.

If you have a tattoo, there’s no need to worry. The average sweat rate is 0.8 to 1.4 liters an hour (27-47 ounces), so, depending on how much surface area the tattoo covers, your sweat rate (including total volume and electrolyte concentration) can be altered. Also consider the clothing you are wearing when exercising, as well as in other conditions when you sweat.

Hydrate appropriately. In situations of short duration or low-intensity exercise, water can be sufficient.

But in times of heavy sweating from increasing body temperature, or longer duration, high-intensity exercise, then both water and sodium from your sweat needs to be replaced. Consider using Thorne’s Catalyte® to restore your electrolyte balance.* Catalyte is formulated with its sodium in the ratio typically found in sweat, so drink it before, during, and after exercise as needed.