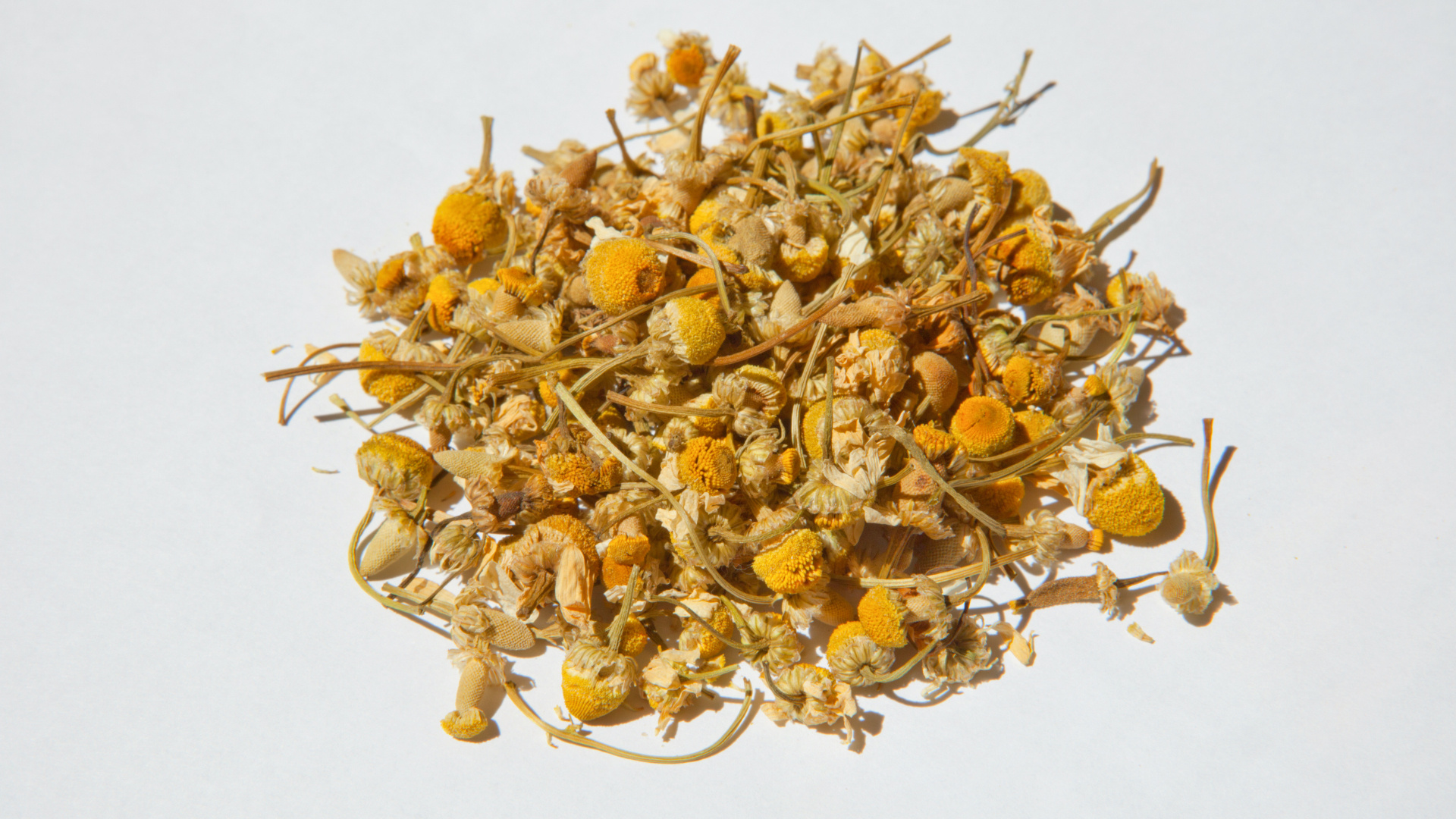 Plants have been used historically for medicinal purposes all over the world. Many of today’s pharmaceuticals are synthesized versions or concentrated forms of plant constituents, or mimic the actions of medicinal plants in some way. Aspirin is an excellent example: salicylates, the precursor to aspirin, were derived from the bark of the willow tree. Another example is digoxin, a common prescription medication for treating heart failure, which is derived from the leaves of the foxglove plant.

There are also many plants, such as chamomile, that have been used for centuries for medicinal purposes that have remained in botanical form rather than being synthesized as a pharmaceutical. Chamomile was used by Hippocrates, the so-called father of medicine, as early as 500 BC, and some reports of chamomile’s use as a medicinal herb date back 5,000 years.1,2 Originating in Europe and West Asia, chamomile was widely used during medieval times, and it has continued to grow in popularity ever since.

The chamomile flower looks similar to a daisy; in fact, they are in the same family. Chamomile, well known for its apple-like scent, was lovingly called “ground apple” by the ancient Greeks.1 In the book, Herbal Medicine from the Heart of the Earth, Sharol Tilgner, ND, describes chamomile this way, “An encounter with chamomile assists us in accepting the state of affairs in our lives and leaves us with the knowledge that all is as it should be in the world.”3 That’s a sentiment most of us would welcome after the ups and downs of 2020.

I was six months into my residency program when I discovered chamomile for myself. Granted, I learned about chamomile in my botanical medicine classes, so I knew all about it. I just hadn’t personally experienced it. Growing up in the South, where iced tea is considered the house wine, I loved to drink tea but had mostly limited my palate to black or green tea, with rooibos sneaking into the mix on occasion.

Then I found myself in a position many individuals can relate to – working long hours, constantly feeling stressed, unable to unwind and relax, and good quality sleep becoming more elusive by the day. So one day, standing in the tea aisle at my local natural foods grocer staring at the boxes of chamomile tea, I decided to try it – and the rest is history. My pantry always has chamomile tea inside, a welcome respite after a particularly stressful day.

Chamomile contains a variety of compounds that have been studied for clinical action. Apigenin (a flavonoid) and azulene (or chamazulene; a blue colored essential oil) are two of its most well-known constituents. Chamomile supplements are often standardized to apigenin content, while topical applications tend to take advantage of the chamazulene.

What Does the Science Say?

Chamomile has traditionally been used as a digestive aid. Bitter in taste and action, it is thought to have spasmolytic properties and has been studied for its use in relieving discomfort associated with gas and colic.2,4 A few clinical studies have investigated chamomile combined with apple pectin as a supportive therapy for diarrhea in children.4 Chamomile has also been used to support the gastrointestinal tract when there are signs of inflammation, such as with gastritis or irritable bowels.*

Several recent studies have investigated the effects of chamomile on blood sugar. In one clinical trial, participants consumed a cup of chamomile tea three times daily after a meal for eight weeks. Blood panels were completed prior to the study and after eight weeks of chamomile tea consumption. Compared to the control group, who drank water only, those who consumed chamomile tea had better levels of hemoglobin A1c (a measure of blood sugar over time), serum insulin, and HOMA-IR (calculated assessment of insulin resistance).* Interestingly, antioxidant capacity was also increased in the chamomile tea drinkers.*5

Chamomile is a common ingredient in skin care products, such as lotions, creams, and cosmetics. Although sometimes it’s included for its pleasant scent, other times it’s added to provide soothing support to skin irritations, like diaper rash, eczema, and skin wounds.*2,4,6 Historically, chamomile has also been added to baths for soothing and smoothing of skin.*

Nevertheless, most people think of chamomile as a supplement or as a tea for supporting relaxation and sleep.* It is most often used before bedtime to promote feelings of sleepiness and aid in the transition toward sleep.* The relaxing effects of chamomile are attributed to its apigenin content.*

When chamomile is prepared as a tea, the resulting drink is high in flavonoids, with only 1-3 percent of the essential oil present.1 To get the most out of chamomile tea, there are ways to brew a better cup. Use boiling water and cover the cup while it steeps – covering the cup decreases the evaporation of its essential oils, thus brewing a stronger cup. Chamomile tea also lends itself well to a dash of honey and a splash of milk (dairy or non-dairy) for a little treat. For additional nighttime support,* you can find chamomile extract in the new Sleep + by Thorne.