Benefits of B Vitamins 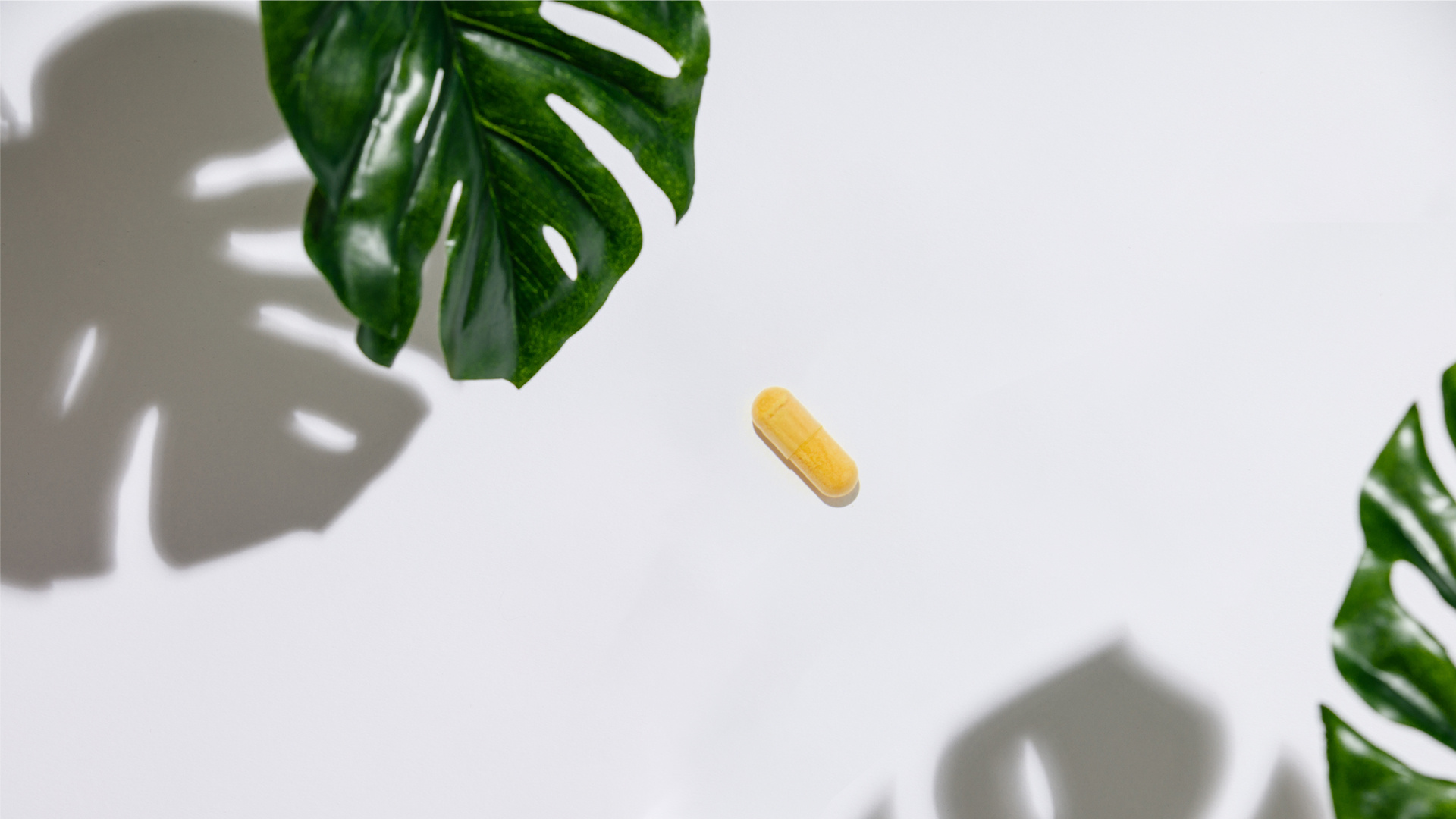 Before we get into the nitty gritty of B vitamins, how well do you know your B vitamin trivia?

Let’s test your B vitamin knowledge with a quiz. While many answers are found in this article, you might need to explore more elsewhere, including information about our entire B vitamin suite, to find all the answers. Or you can scroll to the bottom of the article for the answers. Better yet, if you find yourself stumped on one or two questions, then read the blog and come back and try again.

What exactly are the B vitamins?

Although several vitamins are referred to as a B vitamin, each one has a unique chemical structure and is differentiated from the others by a number after the B – from B1 to B12. Eight water-soluble vitamins comprise what is called the “B complex.” Besides numbered names, they also have unique names. Two of them, biotin and folate, are more commonly referred to by their unique names. 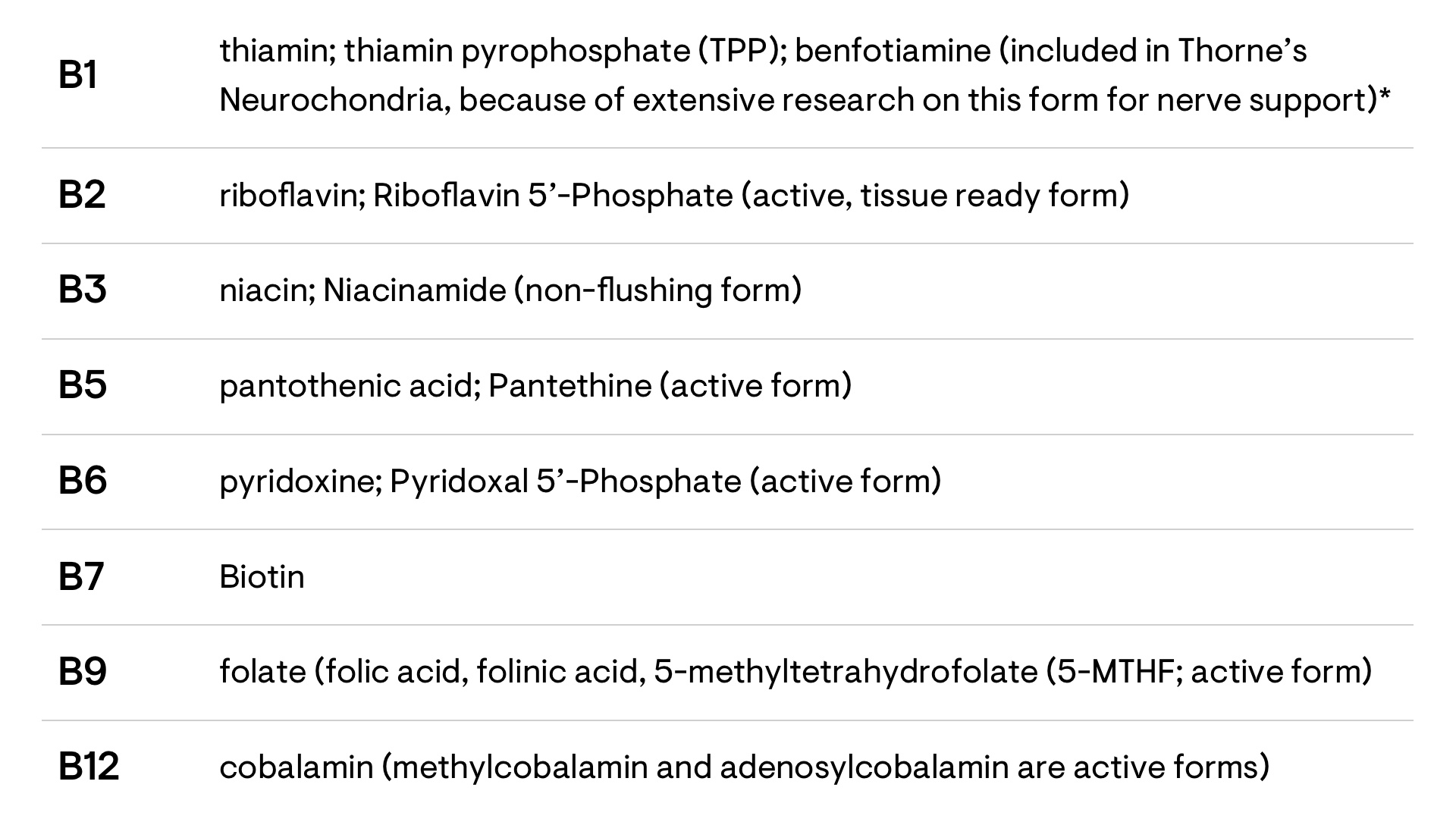 What happened to B4, B8, B10, and B11? Although these were once considered to be vitamins, it was later discovered they were either made in the body or not absolutely essential for human health. Note: vitamins are nutrients necessary for human life, but they must be accessed via food or supplementation because they can’t be made in the body.

What are these “no longer B vitamin” substances?

Because several of them are often linked to B vitamins or included in a B complex supplement, it’s worth taking a quick look at what they are.

B4 – Choline. It’s synthesized in the body, but not in a large enough quantity for health, so it’s still considered an essential nutrient – just not officially a B vitamin, although you can still see it included in many B complex supplements – including Thorne’s B complex formulations.

B8 – Inositol. It’s synthesized in the human body.

B10 – PABA. It’s considered non-essential because it’s produced by microbes in your gut.

B11 – Pteryl-hepta-glutamic acid. Turns out it’s one of the folates.

What do B vitamins do and what happens when you are deficient?

B vitamins are lumped together as a B complex because they are often found together in food sources. They are found in a wide variety of foods, including meat, fish, dairy, legumes, leafy green vegetables (folate, in particular), nuts, seeds, and fortified cereals (although not all are found in every food). For example, B12 is only found in animal products.

They have similar functions in the body. One or another B vitamin is involved in keeping our cells healthy, creating energy from our food (metabolism), manufacturing new cells, helping to make brain chemicals (neurotransmitters), supporting healthy methylation, and more.*

The differences come when looking at which B vitamin is a cofactor for which enzymes. As enzyme cofactors, the B vitamin helps drive the reaction; an enzyme can’t do its job without its cofactors. The specific enzyme in turn informs what types of tissues in the body require the vitamin. Let’s take a look.

It’s easiest to determine how a particular vitamin affects our health by looking at what happens when we don’t have enough of it in our diet or from supplementation. If a particular B vitamin is in short supply, then it can’t be the cofactor an enzyme needs to do its job.

Some hallmark symptoms of B vitamin deficiencies; some actually have a disease named for their deficiency:

Taken together, the nervous system – brain, spinal cord, and peripheral nerves – seems to take the biggest hit from B vitamin deficiencies. Such deficiencies can manifest as physical, mental, or emotional symptoms – or all three.

How widespread are insufficient B vitamin intakes?

Although it is uncommon to find severe B vitamin deficiencies in the average U.S. population, partly due to fortification of flour and cereals, chronically low intakes are still seen in some groups.

Men fared a bit better, having B vitamin intakes within the recommended range except for thiamin, where 5-25 percent were below recommendations.1

Who is most at risk for a B vitamin insufficiency?

B vitamins are water soluble, which means that (with the exception of B12) they are not stored to any great extent in the body; i.e., what is not used is flushed out.

Who is most at risk for a deficiency depends on the B vitamin.

Groups with increased dietary needs:Groups with decreased intake:Groups with conditions that can interfere with absorption:Groups who have increased loss in stool, urine, or sweat:

Let’s look at a few specifics:

Want to take a B complex supplement but you’re not sure which one? Take this short quiz to help you navigate the choices.

Answers to the quiz.