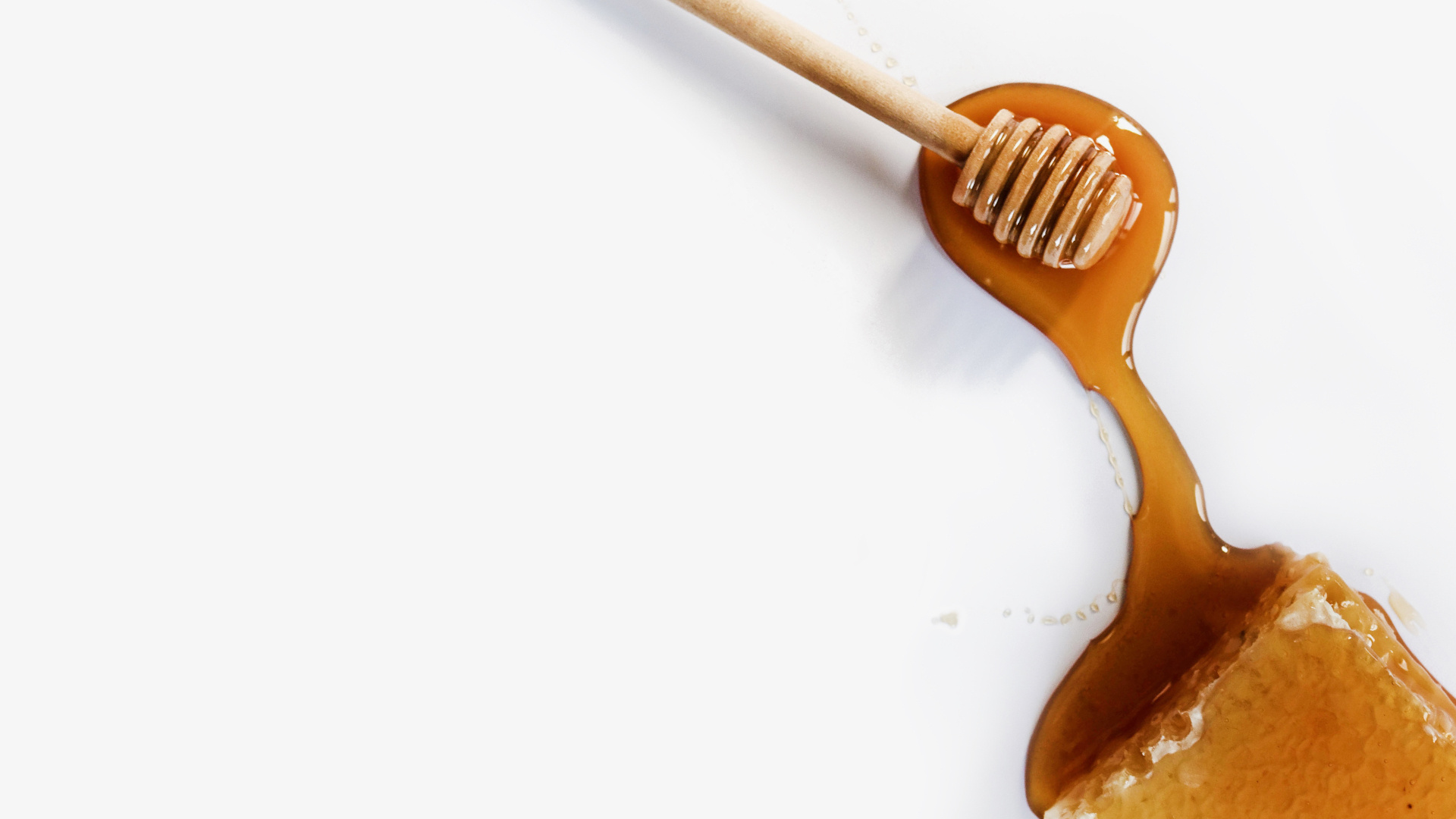 This article represents the third in my “5 spices” series – the first two in the series being 5 Spices for a Healthy Heart and 5 Spices for a Healthy Gut. This time, your kitchen spice cabinet is coming to the aid of your immune system – plus we’re adding some condiments to spice things up a bit – and taking it from five to six.

These spices and condiments in your cupboard not only make your food tasty, they also provide health benefits – from preventing inflammation to being antimicrobial, to increasing circulation, and so much more. So it won’t be a surprise that many of the spices that support one system in your body have benefits for other systems as well.

There are, of course, some pretty big immune hitters in the botanical world – such as echinacea, astragalus, berberine-containing botanicals like coptis, olive leaf, and medicinal mushrooms. But discussion of those is for another day. This article focuses on what might be in your kitchen spice cabinet or refrigerator that adds flavor while reducing fever.

Who hasn’t thought of having a nice cup of hot and sour soup when fighting off a cold? Perhaps this is because some of the top immune-supportive condiments and spices are found in it – including garlic, onions, ginger, chili peppers, and vinegar.

It seems that garlic does more than ward off vampires and mosquitoes; it can help defeat those unwanted microscopic bugs that make your life miserable, especially in wintertime. It’s a natural antibiotic – with antiviral, antibacterial, and antifungal properties. Eating garlic helps prevent a cold or lessens the symptoms and shortens the illness if you already have a cold. Some individuals chew raw cloves of garlic at the first sign of a cold or exposure to a bug.

I can recall one of my first experiences with naturopathic medicine was when an overly enthusiastic naturopathic student on my case paid me a house call when I decided I wasn’t going to take an antibiotic for strep throat.

Part of his treatment involved carrot and garlic poultices around my neck – in addition to a disgusting tasting cayenne, goldenseal, and garlic tea I drank several times a day. Well, I managed to get rid of a gnarly strep infection and never got one again. But put this one in the category of – don’t try this at home, even though I did.

Let’s look at some more scientific evidence for garlic. One study of 10 healthy adults found that if they took 2.5 grams of aged garlic daily, then after 45 days their natural killer cells (cells that attack viruses) worked better. After 90 days, even though they didn’t have fewer colds compared to a group who didn’t take garlic, when they did get a cold it was of shorter duration, less severe, and resulted in fewer missed days or work or school.1

In another study, 146 adults used garlic or a placebo for 12 weeks from November to February, with the garlic group experiencing significantly fewer colds (24 versus 65), fewer sick days (111 versus 366 days), and shorter durations of illness (1.5 versus 5 days).2

So, how do you get garlic without chewing on a whole clove? It is important to crush or chop the garlic, either directly into food or with your teeth, because this apparently converts alliin to allicin, which is the main bioactive in garlic. If you prefer other Allium genus foods instead, then you can load up on onions, shallots, or leeks because they also contain allicin. Some ways to enjoy your garlic:

Speaking of honey, it has many health-promoting properties too. Raw honey has been used for thousands of years and is reported to be the first sweetener. Honey’s properties vary depending on the flowers the pollen is taken from. Like garlic, honey has potent antibiotic activity.

Various honeys have shown activity against gram-negative and gram-positive bacteria, Candida albicans, some viruses, and parasites.3 It has benefit when taken internally, and, because of its antiseptic properties, can also be used topically as a poultice to help heal wounds, burns, and ulcerated skin.3 Honey also provides anti-inflammatory and antioxidant effects from flavonoids and other polyphenols.4

You’ve probably heard of manuka honey, but what’s all the buzz? Manuka honey is produced in New Zealand and Australia, where bees pollinate manuka bushes. While the hydrogen peroxide produced by enzymes in honey provides some of its antimicrobial effects, manuka honey possesses additional antimicrobial activity from high concentrations of a constituent called methylglyoxal.

And the higher the methylglyoxal content, the more potent the antibiotic effect – as measured by the Unique Manuka Factor. Because of its antimicrobial and wound-healing properties, manuka honey has been approved by the FDA for use as a wound dressing.5 And the good news is that, unlike antibiotic medications, bacterial resistance has never been reported for honey.6

Honey also acts as a prebiotic because it contains oligosaccharides, substances that promote the growth of beneficial gut bacteria – Lactobacillus and Bifidobacterium – that support a healthy immune system in lots of ways.7

We have probably all tried putting honey and lemon juice in hot water to soothe a sore throat. Besides being a pleasant tasting sweet and sour beverage, lemons lend their own immune-supportive attributes to the tea. For starters, they are a good source of immune-supportive vitamin C.

One average-sized lemon has 31 mg of vitamin C – about 50 percent of the U.S. Government’s recommended daily intake (of course, we know you can benefit from much more). Lemons saved British sailors who developed scurvy during long periods of time at sea with no access to fruits or vegetables – long before it was discovered that scurvy was caused by vitamin C deficiency. You can read this article for a particularly graphic discussion of the history of the horrors of scurvy.

Does lemon juice cut through thick mucus? Folk medicine holds that it does, and many people swear by lemon water for just such a purpose. Drinking water by itself helps thin mucous secretions, so is it the lemon or just the liquid? Perhaps it doesn’t matter.

Ginger (Zingiber officinale) has been used as a folk remedy for centuries – particularly for whatever ails the GI tract. Ginger root can be sliced, diced, juiced, pickled, and candied, although it is most often used as a powder.

Gingerol, which provides ginger’s flavor and aroma, is its most bioactive constituent, and is responsible for many of its health benefits, which come from gingerol’s antioxidant and anti-inflammatory properties.

In terms of immune support, for starters ginger has antibacterial effects. Are you starting to see a pattern? If bugs are taking particular interest in setting up shop in your stomach, then ginger, with its anti-nausea effects, can offer particular benefit. In addition to improving gut motility, to keep your food moving in the right direction, ginger improves the immune health of your gut by supporting growth of Lactobacillus and Bifidobacterium bacterial species – like honey – acting as a prebiotic.9

And ginger is a warming spice, which can really help if you’ve got a fever with chills.

Pull three of these ingredients together to make a soothing, warming, healing tea:

Ginger tea with honey and lemon

Note: if you’re feeling especially poorly and don’t feel like grating ginger or you don’t have fresh ginger, then use ground ginger in a pinch – about one-half teaspoon per cup of water.

In looks like cayenne pepper acts like a prebiotic too, supporting gut immunity, which, as noted above, can have a beneficial effect on the whole body. In a study that examined the effect of cayenne on the growth of bacterial species beneficial to the GI tract, cayenne at various dilutions stimulated the growth of 10 strains of Bifidobacterium and 13 strains of Lactobacillus, including L. rhamnosus GG and L. reuteri.9 Although it was a test tube study, it is likely that cayenne would behave similarly in the human gut, essentially feeding the beneficial gut flora.

You can add therapeutic benefit by creating a pickled pepper relish with apple cider vinegar and onions. Simple recipes can be found online that will provide you with a healthy snack or condiment you can store in your refrigerator up to a month. You can serve it as a supporting actor as a condiment or side dish – or as the starring role in a salad.

Besides being an important ingredient in pickled peppers, apple cider vinegar provides some health benefits of its own. But wait, what is it? It’s the fermented, unfiltered juice from crushed apples.

Like the other spices and condiments we’ve talked about, apple cider vinegar also possesses antimicrobial properties – both antibacterial and antifungal (against Candida albicans).11 When the apples are fermented, the fermentation process creates alcohol, which is further fermented to acetic acid – one of the antimicrobial constituents of vinegar.

Because of its acidic nature, which can upset your stomach and be a little hard on the enamel of your teeth, it might be best to use it in combination with other ingredients – typically in amounts between one teaspoon and a couple of tablespoons.

This brings us back to hot and sour soup – vinegar provides the sour. Although there are as many variations as there are recipes online, some common threads include garlic, vinegar (some call for rice vinegar), ginger, chili peppers, and onions. Along with a cup of hot tea with honey and lemon tea, you’ve got all the bases covered right in your kitchen to hopefully keep you healthy all winter.