5 Spices for a Healthy Heart – Let Food Be Your Medicine 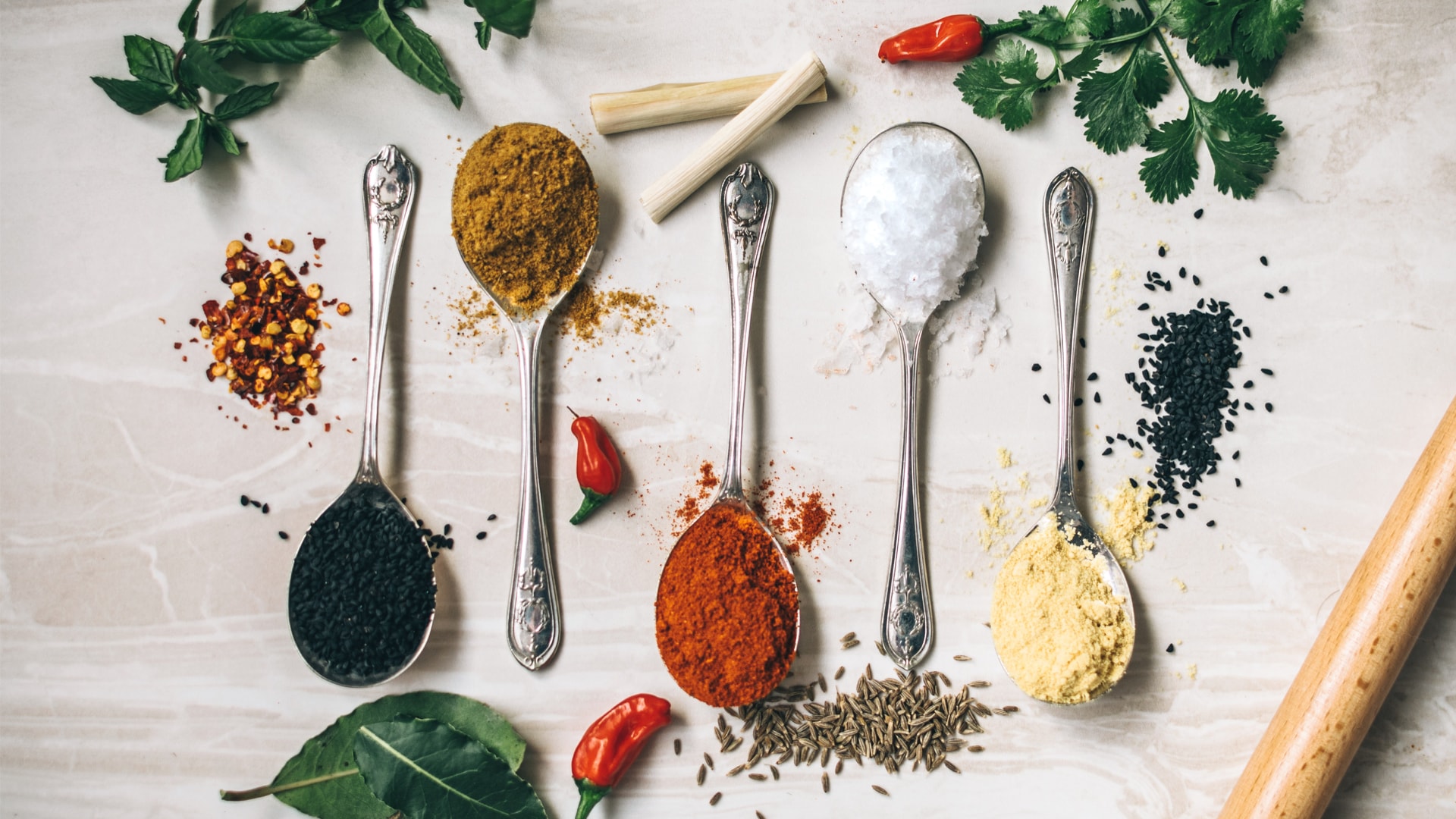 The ancient Greek physician Hippocrates said, “Let food be thy medicine, and medicine thy food.” Often referred to as the father of medicine, Hippocrates suggested that disease was caused by behavioral factors, including diet and lifestyle, and not by a curse from the gods.

And, if disease is caused by diet, lifestyle, and other environmental factors, then it should be able to be cured by changing these same factors, including diet.

Nothing in your environment is quite so packed with potential healing agents as your spice cabinet. Spices have been included in cuisines from around the world for as long as people have been eating – to improve the taste of food and to provide health-promoting benefits.

Several of these spices, found in nearly every spice cabinet in America, offer particular benefits for a healthy heart and blood vessels. Although many of the constituents in these spices have made their way into your medicine cabinet, the intension of this blog is to guide you in their use in the kitchen – with clinically relevant support for nutritionally relevant amounts of these spices.

Cayenne pepper (Capsicum annuum) is a popular spice in Mexican, Cajun, Creole, and Asian cuisines – sometimes used fresh, but more often used in the form of dried powder or flakes.

On the heat scale, cayenne is considered to be a medium hot pepper – hotter than a jalapeno but cooler than a habanero. Cayenne pepper contains vitamin C, potassium, and constituents like capsaicin, which is responsible for its heat and many of its health benefits.

Circulation is probably the first thing that comes to mind when thinking about cayenne’s cardiovascular health benefits. But how does it improve circulation? Research shows that it might work in several ways. Studies have shown that its constituents can lower total cholesterol, LDL cholesterol, and triglycerides, and increase HDL cholesterol.1

Cayenne can improve endothelial function by increasing nitric oxide, which is a scientific way of saying it helps arteries relax or expand, which improves circulation. One study in guinea pigs – yes, they were serving as “guinea pigs” – showed that capsaicin decreased plaque formation in artery walls.2

Obesity is a risk factor for heart disease. Consuming cayenne pepper might also benefit weight loss.   Ingredients in cayenne pepper (and other members of the Capsicum family of peppers) called capsinoids, were shown to decrease body weight and body fat mass when fed to 80 overweight men and women.3

In another study, 1 gram (roughly half a teaspoon) of cayenne pepper resulted in increased thermogenesis and fat oxidation (translation: fat burning). Amounts ranging from one-tenth of a gram up to more than three grams (based on the amount preferred by individual study participants) decreased preoccupation with food and suppressed cravings for fatty, salty, and sweet foods.

Eating the pepper as opposed to taking it in capsule form was more effective. The authors concluded: “Preferred concentrations, in real foods rather than dietary supplements, may be most effective for weight management.”4

Cinnamon is a spice that comes from the inner bark of several species of tree from the genus Cinnamomum. Although cinnamon sticks are often found in hot cider or mulled wines, it is typically used in powdered form, in both sweet and savory dishes.

Cinnamon has a long history that began as early as 2,000 BC. Initially a rare spice fit for kings, it is now found in nearly every kitchen in America. An oily compound called cinnamaldehyde is responsible for its distinct aroma and flavor, as well as many of its health benefits.

Like cayenne pepper, cinnamon has powerful antioxidant and anti-inflammatory properties that are responsible for its heart health benefits.

Although cinnamon is probably best known for its ability to help lower blood sugar, it might help reduce heart disease risk in other ways because it can also improve cholesterol and blood pressure levels.

In a study of 60 men and women with type 2 diabetes, one-half teaspoon of cinnamon daily for 40 days resulted in decreases in fasting blood sugar, triglycerides, LDL cholesterol, and total cholesterol.5

There were no changes in the study group that took a placebo. Another large study that analyzed the effects of 10 double-blind studies found similar effects on cholesterol, triglycerides, and fasting blood sugar.6 Cinnamon has also been shown to lower blood pressure.7

Garlic (Allium sativum) is a plant cultivated all over the world, although it is believed to have originated in Siberia. The bulb of the garlic plant is used in cooking as whole cloves, chopped/minced, pressed/paste, juiced, or in powdered form.

Garlic is one of the most popular cooking spices, as well as the most researched one. More than 100 phytochemicals have been identified in garlic, with the sulfur-containing ingredient allicin being the most well-known one.

Allicin and other sulfur compounds are responsible for the pungent taste and many of the health benefits of garlic. Are you noticing a trend? The most health-promoting constituents of these foods also seem to be the ingredients that provide their unique tastes and aromas.

It probably won’t come as a big surprise that garlic is good for you – especially for your heart and circulation (unless, of course, you are allergic to it).

Several studies have found that garlic lowers blood pressure and fights free radical damage in the blood vessels of individuals who have high blood pressure.8,9

Numerous studies have found that garlic can lower blood lipid levels, particularly total and LDL cholesterol. Although one study found the equivalent of one garlic clove was not enough to make a difference,10 others suggest that four garlic cloves daily do make a difference. Another study found that garlic worked better when combined with a tablespoon of lemon juice.11

Ginger (Zingiber officinale) was first cultivated in Southeast Asia and made its way to the West during the spice trade. This species of ginger does not exist in the wild, although there is a completely different plant called wild ginger (Asarum canadense) that does (and is said to contain potentially toxic ingredients).

The only other “wild ginger” you will find are the Wild Ginger restaurants dotting the country, including in Seattle, WA and Summerville, SC. In this article, references to ginger will be to the common spice ginger (Zingiber officinale).

Although ginger root is used in savory dishes in Indian and Asian cuisine, it tends to be used in sweet foods in Western cuisine – gingerbread, ginger cookies, ginger ale/ginger beer, Moscow mules, and pumpkin pie, for example. Ginger root can be sliced, diced, juiced, pickled, and candied, but is most often used as a powder.

Gingerol, the most bioactive constituent of ginger, is responsible for its flavor and aroma, in addition to many of its health benefits, which come from its antioxidant and anti-inflammatory properties.

Although ginger, often as a tea, is best known for its anti-nausea effects, recent research has examined its effects on reducing risk factors associated with cardiovascular disease.

A review of 12 studies found ginger achieved better results when used in 2-gram amounts, including an average 38-point decrease in triglycerides and a 12-point decrease in total cholesterol.13 Two grams of ginger powder is equivalent to approximately one teaspoon. Other studies in type 2 diabetes found ginger reduces fasting blood sugar and hemoglobin A1c (a measure of long-term blood sugar control).14,15 Elevated triglycerides, cholesterol, and blood sugar are all risk factors for heart disease.

Turmeric (Curcuma longa) is from the same family as ginger – the Zingiberaceae family – and is native to tropical India and Southeast Asia. It is most commonly used in Indian dishes, such as curries, tikka masala, and tandoori chicken. Like ginger, the root is the portion used in cooking. Most often in powder form either alone or as one of nine spices typically found in curry powder, turmeric provides curry powder its golden yellow color.

The curcuminoids in turmeric provide many of the health benefits attributed to Indian dishes – primarily associated with their anti-inflammatory effects.

Although there is a plethora of studies on the health benefits of isolated curcumin, this article focuses on the commonly consumed food sources of spices, in this case the whole herb turmeric.

Beyond curcumin, turmeric has numerous antioxidant constituents that are not sensitive to destruction by cooking. And some studies have looked at turmeric for decreasing heart disease risk. One study found 2.4 grams (approximately 1¼ teaspoons) of turmeric for four weeks resulted in reduced LDL cholesterol and C-reactive protein (a marker of inflammation associated with increased risk for heart disease).16

How can you incorporate these five spices into your diet?

Although these spices are likely found in meals you frequently cook at home or order in a restaurant, how many are you able to incorporate into one meal? Interestingly, four of the five spices are included in curry powder – turmeric, ginger, cayenne, and cinnamon – but we’re missing garlic!

I asked my culinary expert friend and co-worker, Jacob, if he has a recipe that includes all five – and amazingly he does and it sounds fantastic. Jacob is a professional copywriter and amateur food blogger.

His growing knowledge of the culinary arts is coupled with a passion for experimenting with new recipes, sharing stories about the history and culture of different foods, and finding the perfect meal to share among friends and family. And he’s sharing his quadruple “C” recipe with us – Cherry Chipotle Chicken Chili. 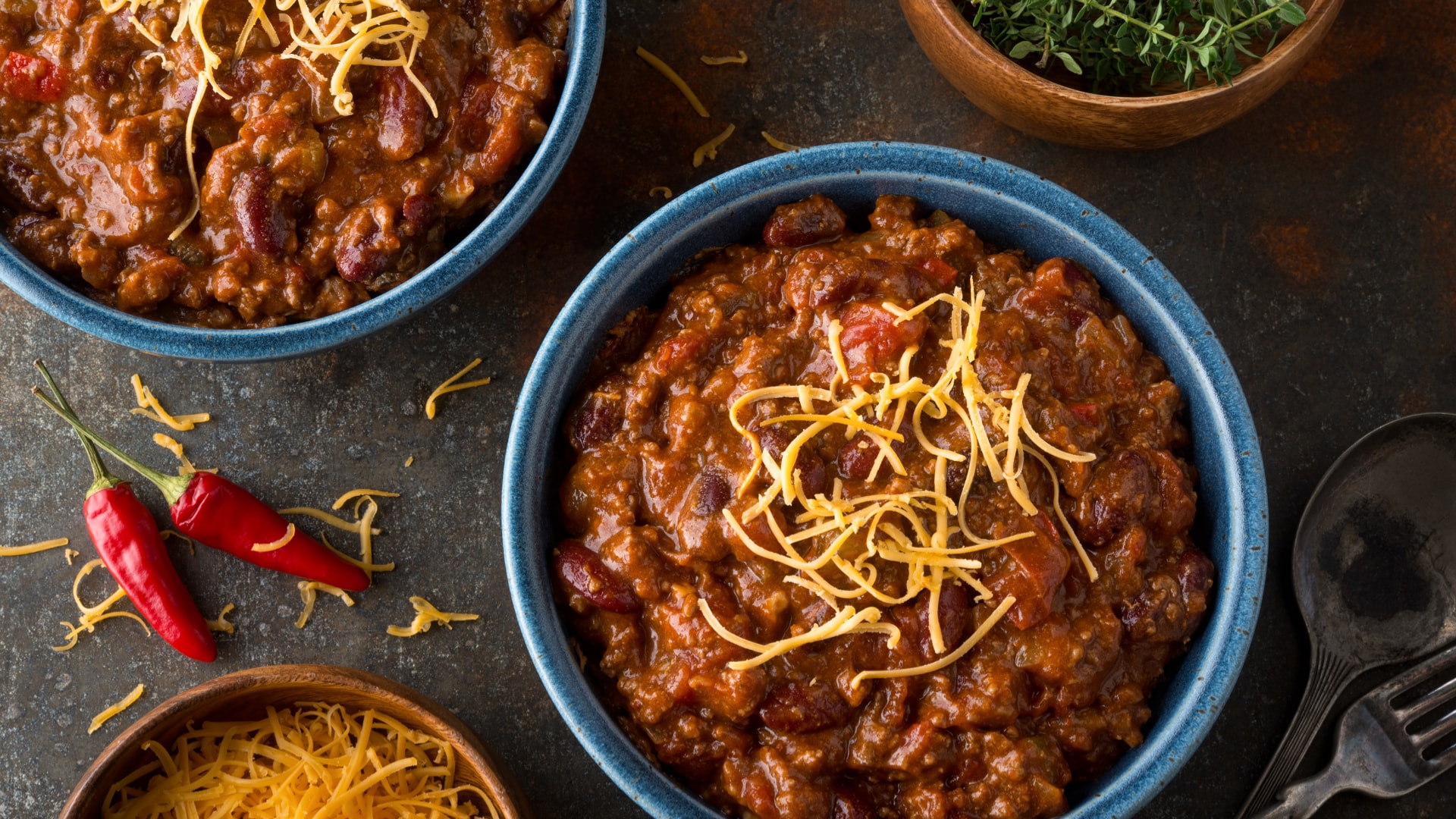