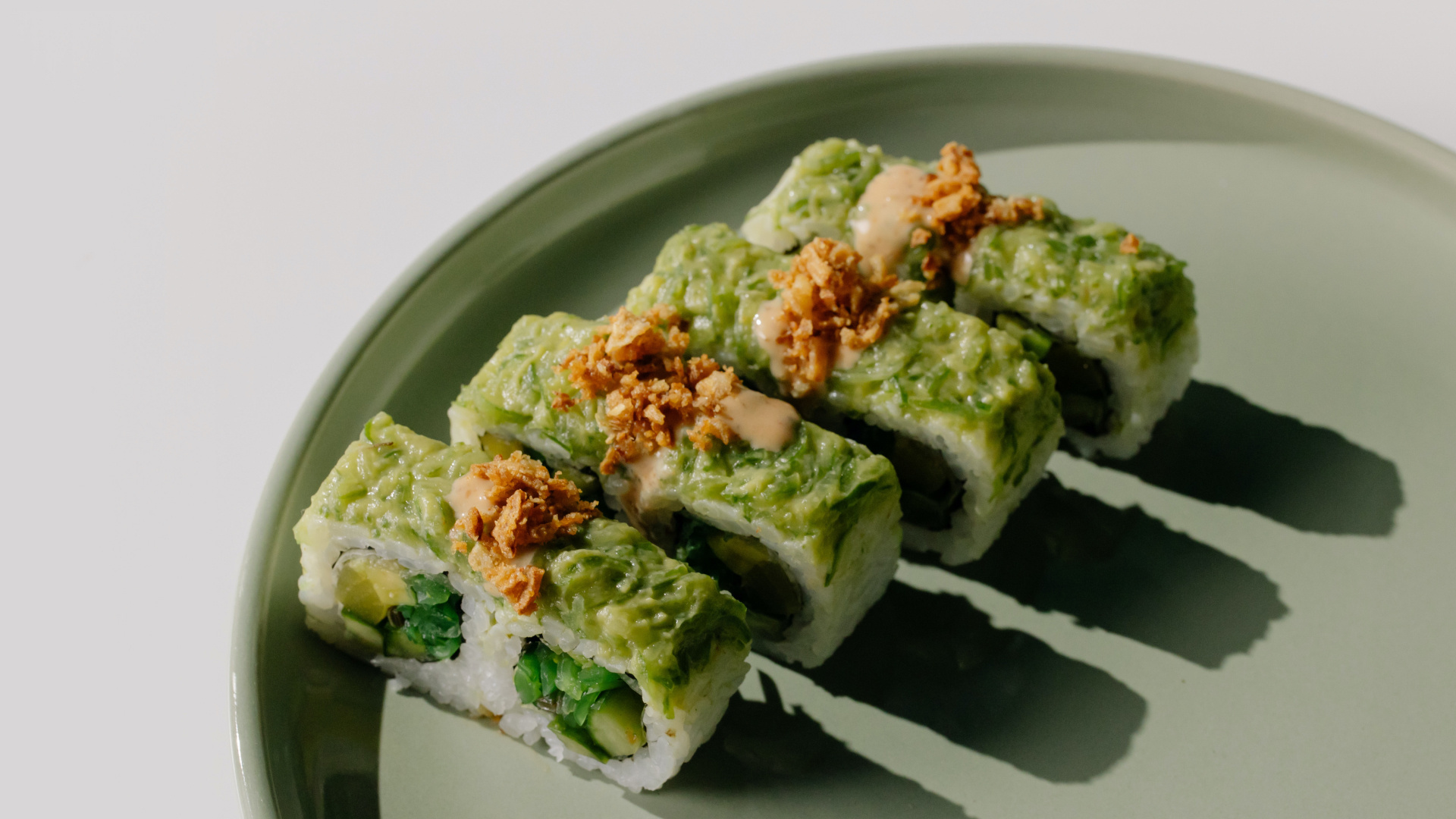 According to surveys, 3 of 10 Americans regularly make New Year’s resolutions. The top four resolutions typically include exercising more, eating more healthfully, losing weight, and saving money. Because exercising and eating more healthfully are also associated with weight loss, it’s safe to say that weight loss is top on people’s minds after the holidays. Lets take a look at what we predict to be some of the most popular diets of 2021. Disclaimer: This article is not a comprehensive assessment of each diet – and includes a healthy dose of personal opinion.

Although trendy, it’s actually based on a 100-year-old diet established by the Austrian physician, Franz Mayr.1 The basis of this eating program is to establish a healthy gut through eating alkaline foods (vegetables, nuts, fish, seeds) and mindful eating (chewing every bite 40-60 times). The diet eliminates coffee, alcohol, dairy, and most gluten (although it includes spelt bread). In addition, it discourages snacking, fiddling with your cell phone while eating (probably not part of the original Mayr method 100 years ago), eating raw veggies after 4 pm, eating too much, and eating food late in the day.

Mayr has not been put to a test that this author could confirm with a quick PubMed search, although it does have components of other healthful diets that have been widely examined – the Mediterranean diet, for example (although that diet does not restrict wine, coffee, or dairy). The Mediterranean diet will be discussed in Part 2 of this blog – which will cover the top doctor-recommended diets.

Although a decade ago, if you used the word sirtuin in casual conversation, people would likely ask, “sirt what?”, it has become almost a household word as the science of longevity has taken off. The sirtfood diet was the second-most searched diet for the year. It was developed by two celebrity nutritionists in the UK and involves eating from a long list of foods with plant polyphenols that are either known to or thought to turn on sirtuins – the longevity proteins. Resveratrol from red wine is one of the most well-known of these sirtuin stimulators. The diet also includes calorie restriction. Here are their top 20 sirtuin-enhancing foods.

Many studies have looked at individual components of this diet in terms of metabolic effects. Approaching “sirtuin foods” as a total dietary approach is not new either. A 2013 review discusses the benefits of sirtuin-stimulating foods, along with other beneficial food components such as omega-3s, in a MediterrAsian diet that combines healthful sirtuin foods from both Mediterranean and Asian cultures.2

Coming in at number 3, the ketogenic diet continues to be more than a passing fad. Its high-fat, moderate-protein, very low-carb meal content has been studied more than most of the other popular diets of 2021. The diet is based on the premise that if you eat enough fat and very little carbohydrate, your body will go into “ketosis” and burn fat instead of carbs for energy.

Here is a smattering of what the science says. In one study of obese individuals with elevated cholesterol and triglycerides and with a BMI greater than 35, following a ketogenic diet for 24 weeks resulted in significant decreases in weight, blood glucose, LDL (the bad cholesterol), and triglycerides, along with an elevation of HDL (the good cholesterol).3

And what about athletes? Compared to a high-carbohydrate diet group, 12 weeks of a keto diet and training that consisted of high intensity-interval training, endurance exercises, and strength exercises, resulted in enhanced body composition, improved fat oxidation during exercise, and improved endurance performance.5

For more information on the keto diet, check out this blog on Take 5 Daily.

The GOLO diet relies on control of portion size and calorie restriction (1,300-1,800 daily). The focus of the educational materials at golo.com is on balanced blood sugar and support for insulin sensitivity. The diet calls for three balanced meals and eliminates processed foods, while emphasizing whole foods, particularly foods with a low glycemic index (those that don’t cause blood sugar to spike). In addition, regular exercise and a proprietary dietary supplement meant to address insulin resistance (containing magnesium zinc, chromium, and a proprietary herbal blend) is recommended.

Not a lot. There is nothing particularly unique about the diet plan itself because it’s much like other whole foods diets. What makes it unique is the particular supplement sold in conjunction with the diet. Although the website suggests there is scientific evidence, published, peer-reviewed studies appear to be lacking.

The 75 hard challenge is not really a diet at all but designed by a motivational guy to increase your “mental toughness.” It provides an arbitrary, 75-day to-do list: (1) a diet (a healthful diet of your choosing – as long as you stick to it), (2) working out twice daily for 45 minutes (90 min total), including half outside (good luck if you live in a challenging climate), (3) drink four liters of water daily, (5) take a 5-minute cold shower, (6) read at least 10 pages of non-fiction, (7) take progress photos daily, and (8) do something random – act of kindness, etc. – oh, and no alcohol or “cheat” meals.

Nothing. How could it? The diet can be anything, as long as its intention is for physical improvement. Same with exercise – no consistent plan.

Author’s comment: Perhaps it’s unfair to include this in the list of top trendy diets for this year. But, since it’s so widely searched in conjunction with weight loss and diets, I feel compelled to discuss it. First, anyone who has time for this must not have a job, or even a life. Who has time to work out 90 minutes a day unless you’re a professional athlete – in which case you’ll have a trainer who will make sure you aren’t harming yourself in the process. Between exercising and peeing from all the water you’re drinking, you won’t have time to eat! And once you catch pneumonia from exercising for 45 minutes in sub-freezing weather and taking a 5-minute cold shower you will probably not be doing much of anything for the remainder of the 75 days.

Championed by a former orthopedic surgeon, the carnivore diet includes only animal-sourced foods. Where keto is high fat, this diet is high protein. In fact, it’s pretty much all protein and fat, because you’re encouraged to eat fattier cuts of beef, pork, and lamb. Other foods on the list are fish, poultry, lard, eggs, bone marrow, butter, and bone broth. Some people include milk, cheese, and yogurt. Forbidden foods are fruits, vegetables, seeds, nuts, legumes, breads, pasta, and grains. Unlike other very low-carb diets like keto, paleo, and Atkins, this diet does not allow vegetables, nuts, or fiber.

Although there are no studies on the long-term effects of this diet, there is plenty of research on the effects of high-meat diets – mostly negative. Countless studies over several decades continually show that reducing red meat consumption will decrease the risk of cancer. In 2018, the American Institute for Cancer Research and the World Cancer Research Fund released an updated report stating that eating red meat is a “probable cause” of colorectal cancer. The report also concludes that consuming processed meat is a “convincing cause” of colorectal cancer.6

Author comments: No veggies? No fiber? Need I say more? This diet might work as a short-term elimination diet but it’s not sustainable long-term for obvious reasons. It’s missing important vitamins, minerals, and flavonoids found in fruits and vegetables; it contains no fiber; it could tax the kidneys because of so much protein; and it has potential for numerous chronic health conditions.

The cico diet is not a new concept. Cico stands for calories in, calories out. Weight loss occurs when you burn more calories than you take in.

It seems intuitive that if you burn more calories than you take in, you’ll lose weight. But in 2015, the International Agency for Research on Cancer (IARC) convened a working group of international experts to review the evidence regarding energy balance and obesity.7 Their conclusions? Energy intake that exceeds energy expenditure is the main driver of weight gain.

Author’s comment: Because “cico” does not delineate where the calories should come from, the diet could be a whole foods diet or a processed foods diet, or something in between. And calories are not all created equal. If you count calories from a high fiber food like an orange, the absorption rate is slower than the same number of calories from a glass of OJ. Slower absorption translates to a smaller glucose spike than faster absorption.

Intermittent fasting involves eating all your food between certain hours and fasting for 16-48 hours in between.

In a 12-month study, 250 healthy but overweight adults chose one of three dietary approaches – intermittent fasting (IF), the paleo diet (PD), or the Mediterranean diet (MD).9 The purpose of the study was to determine ease of compliance and diet effectiveness for weight loss and metabolic improvements. Choices of diets were: IF 54.4%, MD 27.2%, and PD 18.4%.

Although compliance was lacking across the board, after 12 months the Mediterranean diet rated the best in terms of adherence – 57 percent in that group stuck to the diet, although IF was close behind at 54-percent compliance. The paleo diet had the worst compliance at 37 percent.

The Dr now diet was developed by Dr. Nowzaradan, a Texas bariatric surgeon frequently featured on TLC’s My 600-Pound Life. The diet plans are designed for morbidly obese individuals before and after bariatric surgery. The pre-surgery portion is individualized but counts calories and ranges from 800-1,200 calories a day. It’s low carb, high protein, but does not have the high-fat content of a keto diet. It relies on whole foods (not processed) and small portions. Fruit is kept to a minimum and meals consist of a palm size protein and lots of veggies. Snacking is discouraged.

Although the specific Dr Now approach has not been the subject of rigid study, hundreds of studies point to short-term benefits of severe calorie restriction. On the other hand, long-term benefits are hard to come by, mostly because this approach is typically impossible to sustain.

Eating a very low-calorie diet for a short time, then going back to business as usual, is a good way to get into a yo-yo diet cycle.

The premise of the metabolic confusion diet is to “confuse” your metabolism – which, of course, is not really possible; your body is wise and not easily confused. The diet consists of alternating high-calorie days (2,000) with low-calorie days (1,200) – three meals and two snacks daily in each. The high-calorie day also includes dessert.

There are numerous variations in this plan, sometimes referred to as calorie shifting. It is similar to the 30-day carb cycling diet that is set up by weeks and asks that participants start with two days of protein and veggies, two days of carb loading with high quality grains and starchy veggies, back to two days of protein and veggies, and finally one carb-load day – for 30 days.  It also includes intermittent fasting because you only eat during an 8-10 hour window each day.

In a 6-week study of 74 overweight women, half were on a calorie-shifting diet, while the other half were on a calorie-restricted diet. At the end of the study, both groups had lost weight with no significant difference in percent loss between the two groups. But four weeks after the study, the calorie-shifting group had maintained more weight loss than the calorie-restriction group, along with more fat loss. Glucose, cholesterol, and triglycerides were also reduced in both groups. Perhaps most importantly, the calorie-shifting group, unlike the calorie-restriction group, did not experience a decrease in basal metabolic rate (BMR). Decreased BMR is a well-known pitfall associated with calorie restriction, and is one of the main causes of rapid weight gain after coming off a strict diet.10