Understanding the Relationship Between Hops and Hemp 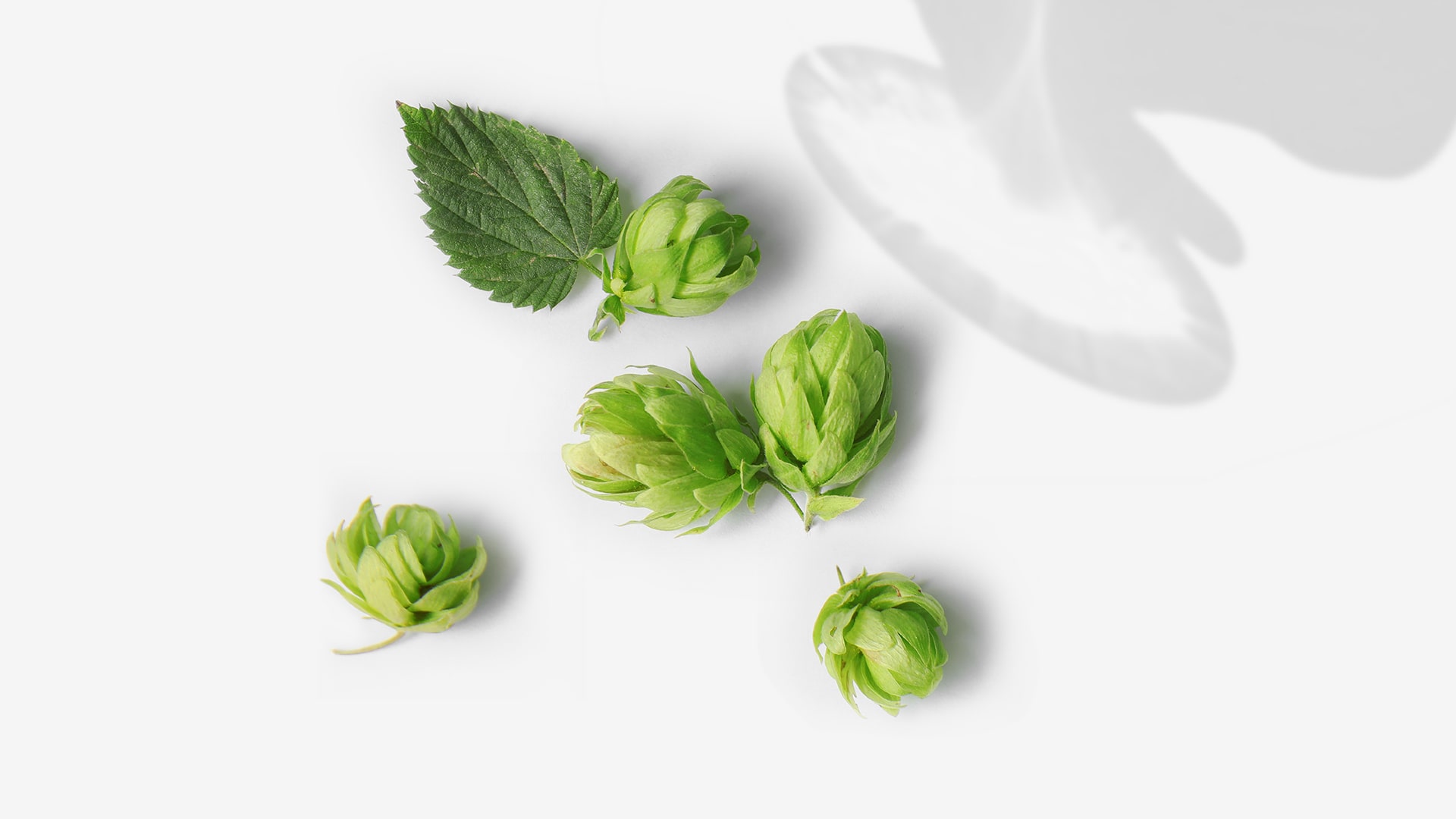 The thing most people think about when they think of hops is beer. So if the first thing that popped into your mind when you read this blog title was a big  glass of your favorite IPA, then you probably are not alone. But hops, a close relative of the hemp plant, is much more than something that gives beer its bitter bite – it’s actually a plant with a long history of human use.

Okay – we can start with beer

Hops (its botanical name is Humulus lupulus) was actually one of the first documented food additives, and its use to extend beer’s shelf life predates its uses for health purposes. In the Middle Ages (1100-1450 AD), after trial and error with many other herbs, it was found that brewing beer with hops preserved it much longer.

As a bonus, hops added a pleasant bitter flavor and aroma. It was so effective that by the 1500s the legal definition for beer in Germany included only the ingredients water, malt, and hops.1

Although brewing techniques have advanced significantly over the centuries, hops has remained an enduring part of the recipe, with variations on the plant imparting a wide range of bitterness and variety of flavors – as well as preservative properties – to one of our favorite beverages.

The most well-documented use of hops in cultures around the world is as a sedative or sleep aid.* Native American, traditional Chinese, and Ayurvedic medicines all described its uses for anxiousness, restlessness, and insomnia.*2

Hops-filled pillows were prescribed by herbal physicians in Europe as sleep aids. This use still prevails today, as the official German Commission E Monograph for hops discusses the approved indications for mood and sleep disturbances.*3

Upset stomach and indigestion are also common traditional indications of use, although they are not supported by modern scientific data.* (But there are a lot of other things you can do to support digestion that are supported by science!)

A cousin of Cannabis

Just like humans, plants have relatives. For example, apples, blackberries, and roses are all related as part of the Rosaceae family, and the Brassicaceae (or Cruciferae) family, includes broccoli, watercress, kale, and cabbage. Hops and hemp both belong to the Cannabaceae family.

They actually look somewhat alike, especially the leaves and flowers, and – thanks to having some of the same chemical constituents, like terpenes – also smell and taste similar. Some of the common and complementary compounds in hops and hemp include:

Wanting to enjoy some of the benefits of hops? One option is to enjoy a good beer. The “hoppiest” beers tend to be the most bitter – India pale ales (IPA), American pale ales (APA), and extra special bitters (ESB). Even big ales, such as barley wines and imperial stouts, pack a hidden hop punch. You can also get some of the supportive health benefits of hops in Thorne’s Hemp Oil +, which contains a specialized hops extract providing alpha and beta acids.*