The Science Behind Sugar Alternatives 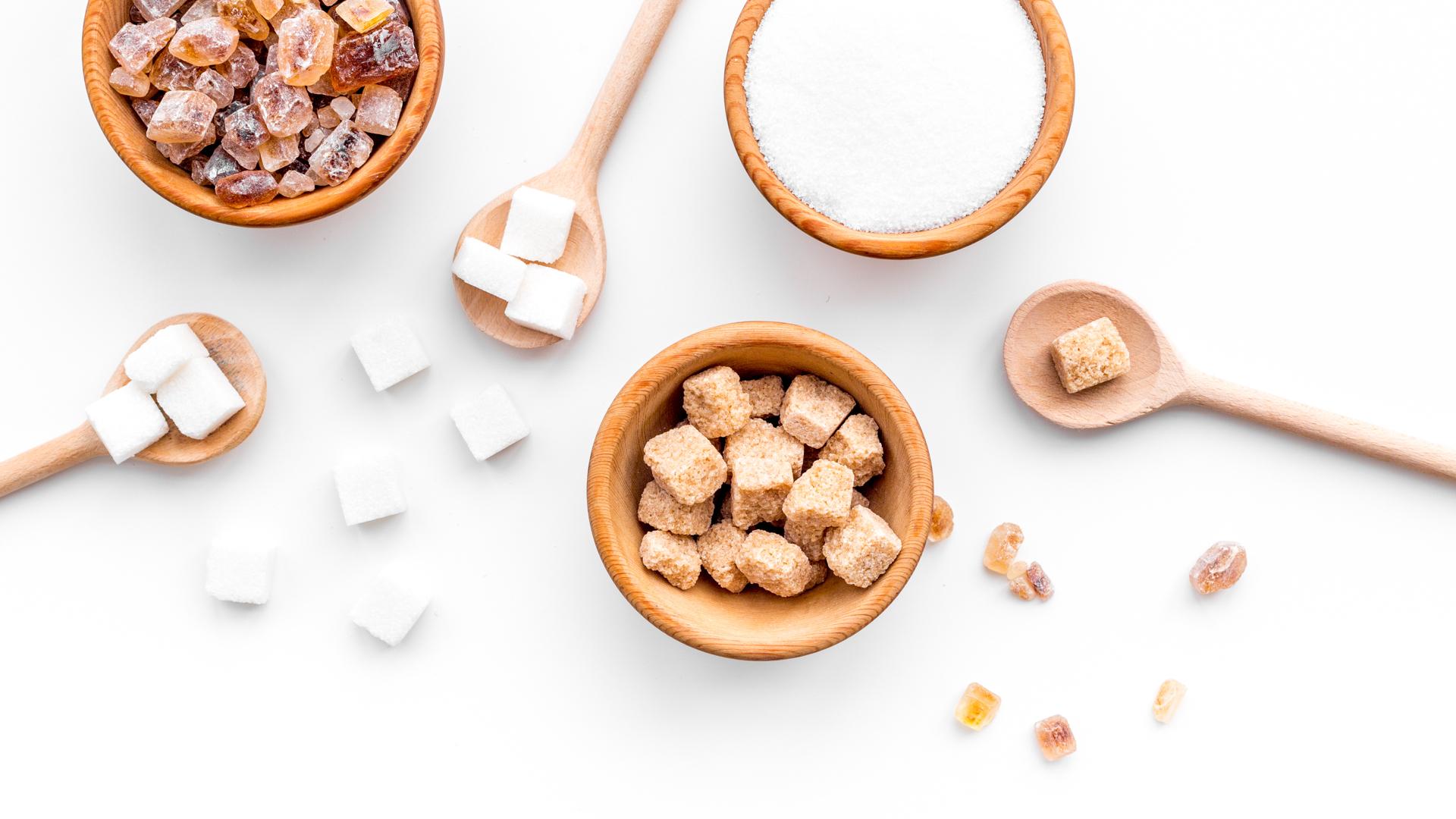 As the holiday season approaches, with its various sweet delights, we think it’s a good time to review some of the sugar alternatives on the market.

Sugar alternatives, on the one hand, typically fall in one of three categories:  artificial sweeteners, sugar alcohols, or novel sweeteners.

Sugar alternatives are everywhere and in everything – from desserts to dairy products, from drinks to snacks. Whereas sucrose provides four calories per gram, sugar alternatives – often used to make the “diet” or “light” version of the foods you eat – often provide fewer calories, or even zero calories, per gram.

What are the three categories of sugar alternatives and are they better for you?

Artificial sweeteners are usually a no-calorie sugar substitute, non-nutritive sweetener. They pack exponentially more punch per gram, between 180 to 13,000 times more sweetness. And it’s an individual’s genetic make-up that explains why some of us experience a bitter after-taste.

You may recognize the most common artificial sweeteners by their pink, blue, or yellow packets, or by their real names – aspartame, saccharine, or sucralose – to name a few.

Some do provide calories – aspartame for example – but because aspartame is used in such small quantities to achieve the desired taste, its use is virtually calorie-less. The FDA has approved six artificial sweeteners in this category:  acesulfame potassium, aspartame, saccharin, sucralose, neotame, and advantame.

Sugar alcohols are easily recognized because their names end in “-ol” – for example, erythritol, sorbitol, and xylitol.

Novel sweeteners comprise a loosely defined grouping that includes sweeteners that, while providing differences in sweetness and caloric content, are derived from natural sources.

The Mayo Clinic considers trehalose, tagatose, stevia, and others to be in this category. Trehalose, found in honey and mushrooms, is half as sweet as sucrose, but still provides four calories per gram.

Tagatose can be naturally found in fruit (although it’s usually produced from lactose, a dairy sugar), it provides only 1.5 calories per gram, and it’s almost as sweet as sucrose. Monk fruit extract is a zero-calorie sweetener extracted from a small, green, melon-like fruit; the extract is 150-200 times sweeter than sugar.

However, you are likely most familiar with stevia, a sweetener extracted from the leaves of the stevia bush and found in the green packets at your corner Starbucks. Stevia is made from a highly refined stevia leaf extract called rebaudioside A (or Reb-A). It’s sometimes mixed with erythritol to make a zero-calorie option that is 200 times sweeter than sugar.

The Pros and Cons.  What does the research say?

The six artificial sweeteners you see on grocery shelves have been approved by the FDA, which means they have no clear causal relationship between normal daily intake and health risks in humans. However, some research on them might make you think about using them sparingly or avoiding them entirely.

So far, the results are inconclusive – meaning you might or might not experience weight gain, increased BMI, or increased hunger or sugar cravings when you consume an artificial sweetener.

Future research should investigate findings in humans that have already been observed in mice. For example, one study found that artificial sweeteners change the gut biome in mice, thus inducing glucose intolerance.1 It is unclear how humans would be affected and to what extent, but it’s an important issue because your gut health plays a direct role in brain health, sleep, metabolism, immune function, and healthy aging.

Sugar alcohols are used in chewing gums and toothpaste because they reduce the incidence of dental cavities; but when they are over-consumed some polyols can cause abdominal gas, bloating, and diarrhea.

Sorbitol, for example, when it gets to the large intestine requires a large amount of water for it to pass out of your system – which can leave you rushing for a bathroom. For this reason, its over-consumption has been linked to irritable bowel syndrome,2 although brushing your teeth daily and chewing sugar-free gum between meals will likely not cause an issue.

Certain populations, particularly those who have irritable bowel syndrome and other GI issues, should avoid most sugar alcohols.

Similarly, individuals who have diabetes should avoid maltitol, because despite being used in low-carb products like candies and chocolate, maltitol is well-known to spike blood glucose levels.

Although evidence suggests xylitol has a prebiotic-like effect by feeding the friendly bacteria in the human gut,3 it can be toxic to dogs. If you read product labels looking for sugar-alcohols, then erythritol is generally better tolerated and is usually recommended over the other sugar alcohols in this category.

Stevia is the most researched of the novel sweeteners because of its popularity in foods. Studies have found that stevia supports healthy blood pressure.4 Similarly, stevia supports processes in the body that mitigate such conditions as obesity, diabetes, and imbalanced cholesterol profiles.5 As with any ingredient, over-consumption has its drawbacks, but there is little research to document stevia’s disadvantages at this time.

Thorne created a “No" List of ingredients we do not use because we want to provide you with the cleanest and purest products possible. Therefore, our products do not contain any of the six sweeteners in the artificial sweetener category. In the few products that we do sweeten, sweeteners like evaporated cane juice sugar, stevia, or monk fruit are used sparingly in our powdered products that require good palatability – like Amino Complex, MediBolic, and MediClear.

If you do choose to consume sugar alternatives in your regular diet, then do so in moderation and always evaluate their effects on your health and wellbeing.

2. Mäkinen K. Gastrointestinal disturbances associated with the consumption of sugar alcohols with special consideration of xylitol: scientific review and instructions for dentists and other health-care professionals. Int J Dent 2016;2016:5967907.