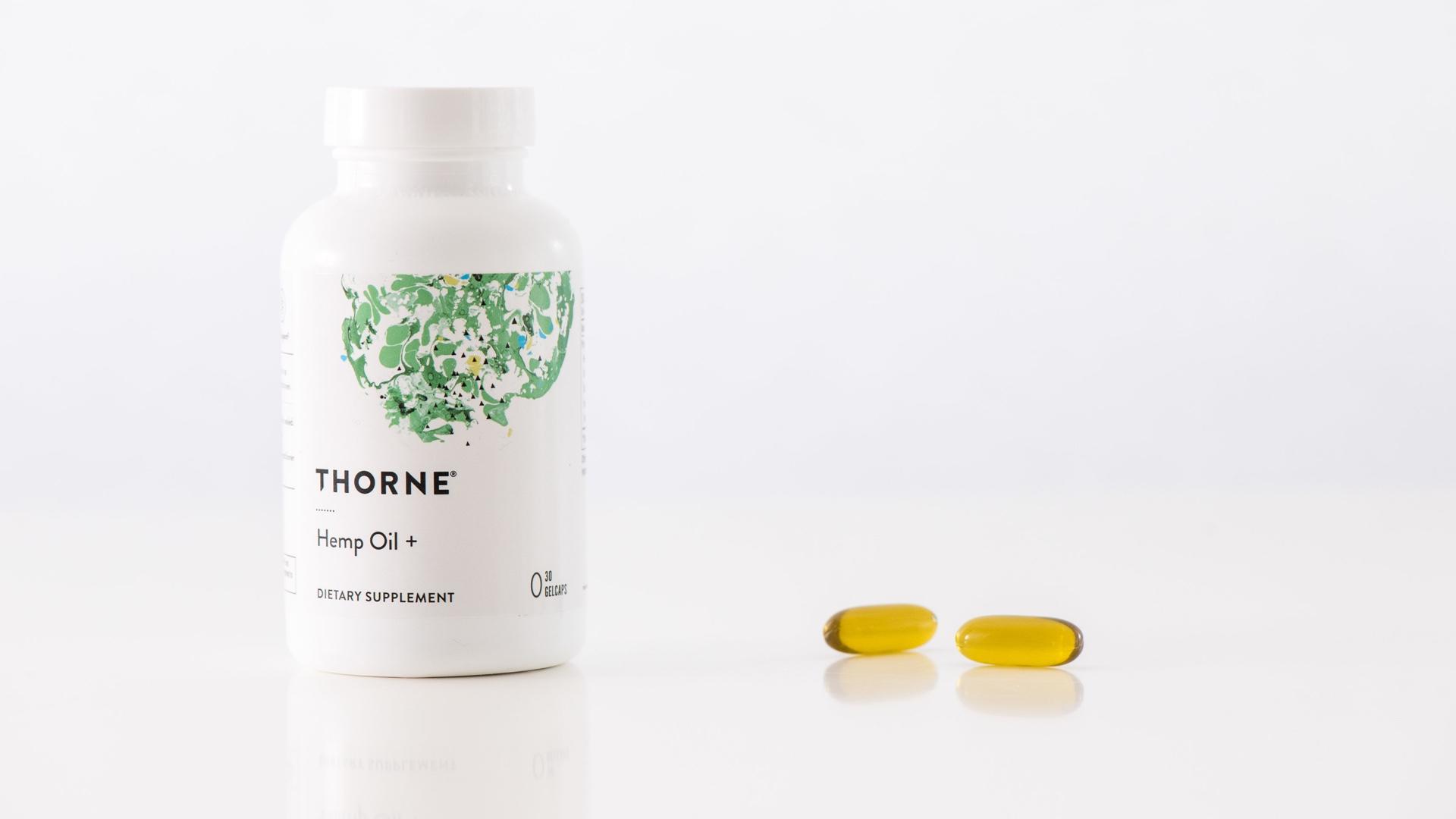 Hemp Oil + is a synergistic blend of oils derived from hemp, clove, black pepper, hops, and rosemary. Thorne’s Hemp Oil + has been specifically formulated to nourish the body’s endocannabinoid system.* The endocannabinoid system – or ECS for short – whose significance to human health has only recently been realized by scientists – is now being referred to as the most important body system that most of us have never heard of.

First, Thorne’s Hemp Oil + is manufactured in Europe, where the oil from industrial hemp is required to be tested to ensure that it contains less than 0.3% tetrahydrocannabinol (THC) – the phytocannabinoid that is the psychoactive ingredient in marijuana. This testing ensures that the minimal amount of THC that is in Hemp Oil + will not cause you to experience a “high” or cause you to fail a drug test. On the other hand, hemp that is grown and processed in the United States may not be tested for THC content.

Second, Thorne’s Hemp Oil + is not just hemp oil. The formula also contains oils derived from clove, pepper, hops, and rosemary. These botanical ingredients provide a rich source of phytocannabinoids that aren’t found in hemp oil, as well as natural substances called terpenoids that work synergistically with phytocannabinoids to promote and support an optimally functioning ECS.* 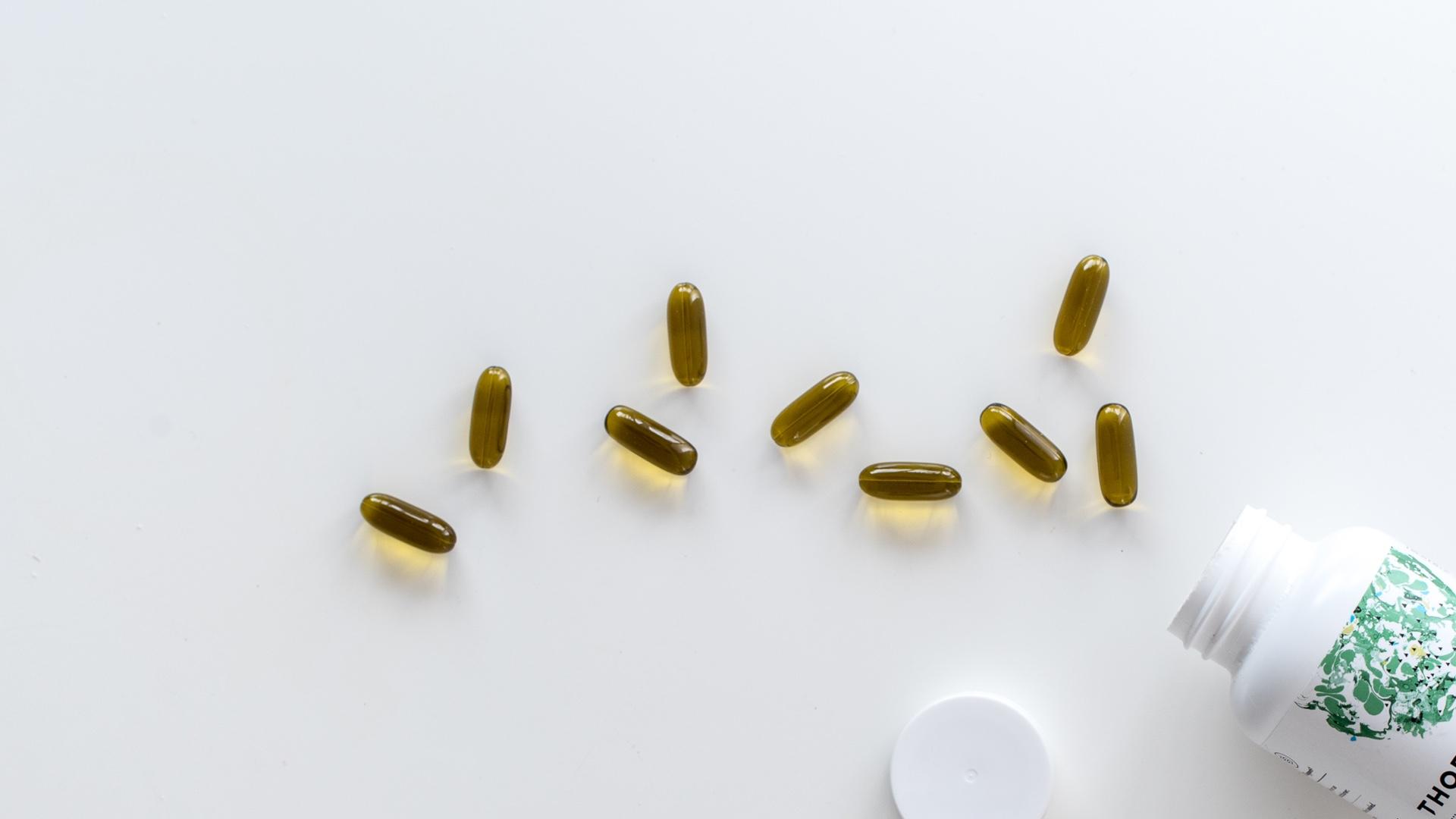 The hemp oil in Hemp Oil +:

Learn more about why Hemp Oil+ is better

What is the ECS and what does the ECS do in the body?

Now that you know what Hemp Oil + is, are you curious to know how Hemp Oil + can benefit you? Let’s start by answering this question: What is the ECS and why should we care?

The ECS is actually one of the most important systems in the body, although the ECS is not an isolated structural system like the nervous system or the respiratory system. Instead, the ECS is broadly dispersed throughout the body because it is comprised of receptor sites – like little docking stations – on almost every organ in the body.

The ECS is the body’s primary regulatory system. It’s like an internal balancing mechanism, constantly keeping a vast range of body functions in equilibrium. The body produces its own cannabinoids (called endocannabinoids because they are made in the body) that modulate processes throughout the entire body. As such, these endocannabinoids have wide-ranging positive effects on everything from pain to mood to fertility.

What about plant sources of cannabinoids?

The best knows phytocannabinoids are found in hemp, but some of the common non-Cannabis plants that contain phytocannabinoids include black pepper, clove, Echinacea, green tea, Panax ginseng, curcumin, and black truffles.

Chemical substances within nature rarely act in isolation, and this is especially true with phytocannabinoids, which work together in a carefully orchestrated manner. These plant-based cannabinoids either directly interact with cannabinoid receptors, or they impose a positive effect on the metabolism of endocannabinoids produced in the body.

For instance, they can slow down the normal break down of endocannabinoids, which keeps them in the body longer. Hemp Oil + contains phytocannabinoids from several such plant sources in order to provide a more broad-spectrum effect than what could be achieved from hemp by itself.*

This safe, non-habit forming nutritional supplement can provide benefits in several ways. Its three most important benefits are:

Hemp Oil +’s other benefits of nourishing the ECS include:

Learn more about Hemp Oil + and what makes it so unique