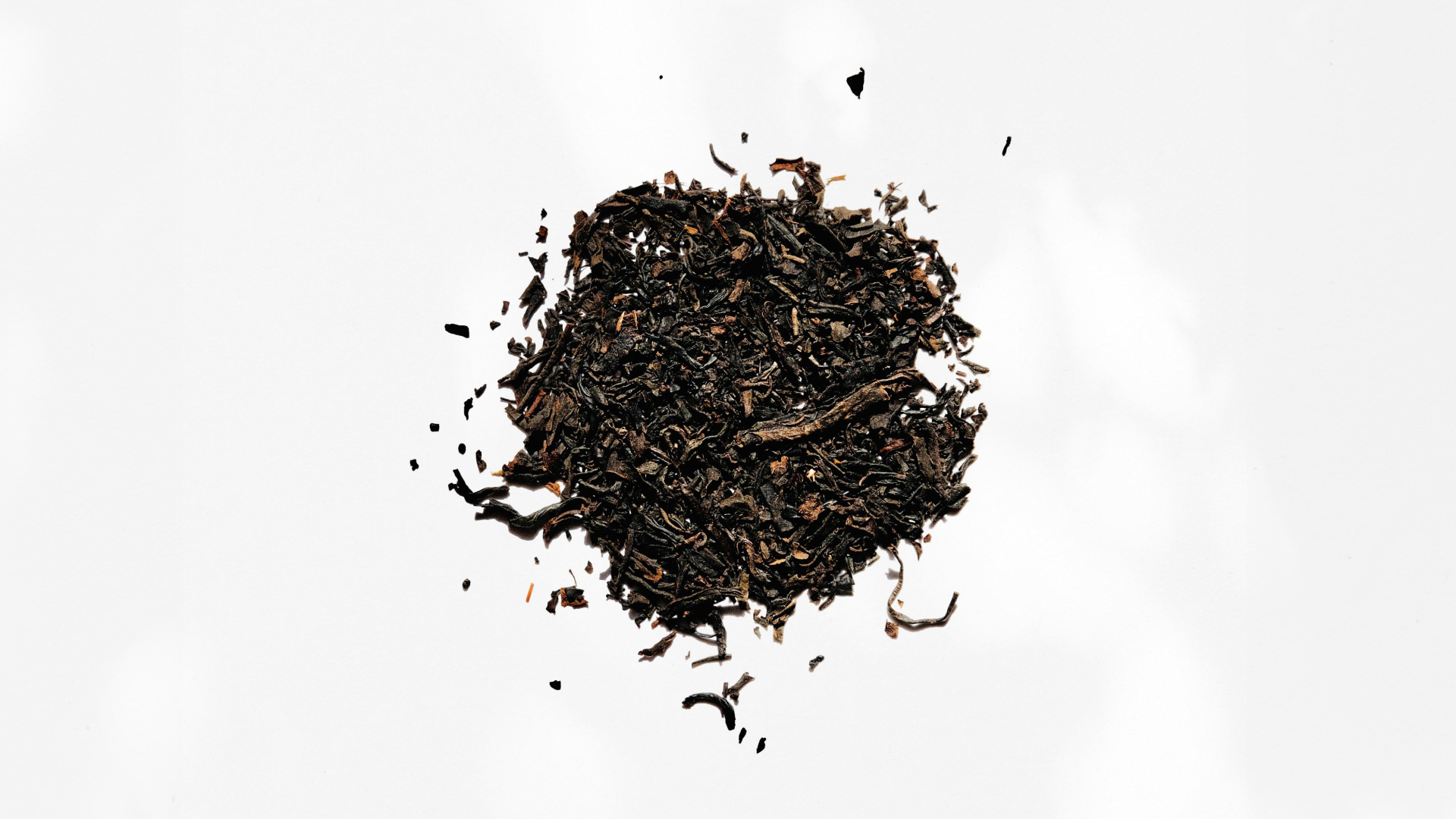 When you’re looking for something comforting, do you often reach for a cup of tea? Herbal teas, also known as tisanes, have been used for thousands of years to promote health and well-being. Chances are you probably have at least one or more teas in your pantry, an herb or two planted in a pot or garden, or maybe even dried herbs in your spice cabinet.

Active constituents in herbs are often researched in isolation, created synthetically, and then made into concentrated medications. If you think of prescriptions or over-the-counter medicines you know of, it’s likely more than a few had plant-based beginnings. Traditionally, though, the whole herb was thought to provide a gentle, synergistic action to bring balance and support healing.

Historically, herbal teas have been used to promote sleep, support immune health, enhance feelings of relaxation, improve digestion, and much more. Let’s look at some of the digestive-related qualities of herbs, as well as herbal teas that help calm and soothe an inflamed digestive tract, promote healing, or enhance digestion.

Anti-inflammatory – As an herbal action, anti-inflammatory describes the way an herb can help to balance the body’s natural inflammatory response. This is not to be confused with the inflammation-suppressing qualities of pharmaceuticals. Some herbs in this category include Calendula, chamomile, turmeric, lavender, fennel, peppermint, and marshmallow.

Bitter – Bitter herbs are labeled as such because, well, they taste bitter. That bitter taste can help to promote digestion by encouraging the digestive organs to release enzymes and other substances that are necessary to break down and absorb nutrients from food. Some well-known bitter herbs include artichoke, chamomile, dandelion, ginger, and gentian.

Carminative – Soothing to the gastrointestinal tract, these herbs help to ease spasms of the smooth muscle tissue in the digestive system and can help to ease gas and bloating. Fennel, ginger, anise, chamomile, and peppermint are common carminative herbs.

Demulcent – Calming and soothing to the mucus membranes of the GI tract, demulcent herbs can help to reduce irritation. These herbs are best used between meals because they form a protective coating over inflamed tissues. Licorice, marshmallow, slippery elm, and plantain are well-known demulcent herbs.

The bright yellow and orange Calendula flowers are a garden favorite for more than just their ability to draw aphids away from other plants. Calendula, also known as marigold, has been used in both culinary and medicinal applications for centuries. Hailed for its ability to stimulate healing, Calendula is commonly found in skin-care products marketed to calm inflamed skin.

Historically, Calendula has been taken as a tea to soothe irritated GI tissues. To make Calendula tea, bring water to a boil, then remove from heat. Add two teaspoons of dried Calendula flowers per cup of water. Cover and steep for 3-6 minutes, then strain and drink. Although Calendula flowers smell sweet, they brew into a spicy and somewhat bitter tea. A shorter steep results in a less bitter taste. You can also add a little honey for a soothing sweetness.

Often thought of as a tea that supports better sleep or decreases feelings of stress, chamomile has digestive benefits, too. Chamomile historically has been used to balance inflammation in the GI tract, and because of this, it has come to be known as a gastroprotectant. Chamomile helps to relax the smooth muscle tissue of the digestive tract and has action as a gentle bitter herb as well. Studies of chamomile have revealed its usefulness in helping relieve nausea, gas, and bloating. It’s even been studied as a topical agent for reducing crying and fussiness in infants with colic.1

For general digestive support, chamomile tea is great to brew and drink at the end of a meal. It has been a long-time favorite of herbalists, particularly after large meals. To make a cup of chamomile tea, heat water to boiling, then remove from heat. Add 1-2 teaspoons of dried chamomile flowers per cup of water. Cover and let steep for at least five minutes, then strain and drink. If the tea is too bitter for your taste, then stir in a little honey for sweetness and an added soothing effect.

Although fennel originated in the Mediterranean region, the plant has been used for centuries in traditional systems of medicine all over the world. Highly regarded for its ability to relieve digestive symptoms like gas, bloating, and intestinal spasms, fennel is often used in meals, eaten as a candied treat after meals, or consumed as a tea to ease after-meal discomfort. Its flavor is similar to anise or licorice, and it pairs well with the other teas mentioned here.

Beyond the digestive system, fennel also has been studied for benefits to respiratory, immune, metabolic, and hormonal health.2 And it’s a pleasant way to freshen your breath. Fennel tea is easy to make, and it’s probably already in your spice pantry. Crush 1-2 teaspoons of fennel seeds and add to boiling water. Remove from heat, cover, and steep for 5-10 minutes, then strain and serve.

Historically used as a remedy for nausea, ginger has been well-studied in relation to gastrointestinal health. In Ayurveda, a traditional medicinal practice from India, ginger is called “the universal medicine.” You might have grown up in a home where ginger ale, ginger tea, or ginger candy was kept on hand in case of stomach bugs or motion sickness during car rides. For the traditional use of ginger to help stimulate slow digestion, ginger is taken before meals; however, it’s also a nice tea to sip throughout the day during cold weather as ginger’s warming properties can help keep you feeling toasty.

Although the primary gastrointestinal effect of ginger is thought to be its anti-inflammatory action,3 ginger has carminative properties, too. In clinical studies, ginger consumption is linked to reduced intestinal cramping, prevention of nausea and vomiting, and decreased gas and bloating.4 Whether fresh or dried, powdered, juiced, or steeped, ginger is an herb with much potential. Fresh ginger tea is one of the easiest teas to make. Simply peel a 1-inch piece of fresh ginger, add to a pot of water, and boil for 10 minutes. Remove the ginger and allow the tea to cool slightly before drinking.

Another herb known historically for its use for GI complaints, licorice is thought to have demulcent, anti-inflammatory, and carminative benefits, helping to soothe symptoms such as gas and bloating. In one double-blind, placebo-controlled study of individuals with functional dyspepsia, consumption of licorice twice daily resulted in significantly decreased symptoms after both 15 and 30 days of use when compared to a placebo.5

Licorice is probably most well-known in its deglycyrrhizinated (DGL) form as chewable tablets. Glycyrrhizin is a constituent of licorice that can cause an increase in blood pressure in some individuals when consumed in large amounts, so the DGL form was created to decrease that risk. Regular licorice root is generally considered safe at lower doses, but this is one herb you might want to purchase commercially to know exactly how much you’re consuming per cup. To make licorice tea, boil water, then add one tablespoon of licorice root tea per 8-10 ounces of water. Steep for 5-10 minutes, then strain and drink.

Marshmallow (the herb, not the confection) has been used for its medicinal properties for more than 2,000 years. When mixed with water, the mucilage in marshmallow leaves and roots forms a slick gel that can coat and soothe irritated tissues. This demulcent quality of marshmallow means it’s best when used between meals and away from other medications.

Possibly the most well-known of the carminative herbs, peppermint is beloved worldwide. Whether used as a spice, taken as a tea, applied topically, or added as a breath freshener, peppermint’s myriad uses and ubiquitous nature make it an appealing herb from home gardens to commercial production. Peppermint helps relax the smooth muscles of the GI tract, reducing associated cramping and gas. It also mildly stimulates secretion of your body’s own digestive enzymes, which helps reduce fullness after meals, as well as decreasing other GI symptoms.

Recently, peppermint oil has been the subject of many research studies exploring uses in irritable bowel syndrome, gastrointestinal procedures, respiratory tract health, and even pain management.6 Historically, peppermint tea has been embraced both as a delicious beverage on its own and to support digestive health. To make a cup of peppermint tea, add 1-2 teaspoons of dried peppermint leaf or 15-20 fresh mint leaves to boiling water. Turn off the heat, cover, and steep for 10-15 minutes. Strain the leaves and add a drizzle of honey for sweetness if you prefer.

Curious About Your Gut Health?

Thorne’s Gut Health Test uses cutting-edge wipe technology, microbiome sequencing, and artificial intelligence to give you detailed insights into the microbial make-up of your gut along with personalized lifestyle, diet, and supplement recommendations to help you optimize your GI health.

Not feeling adventurous? Two of the above herbs are in Thorne’s GI Relief, which can be taken out of the capsule and mixed with warm water for a tea to soothe an irritated tummy.