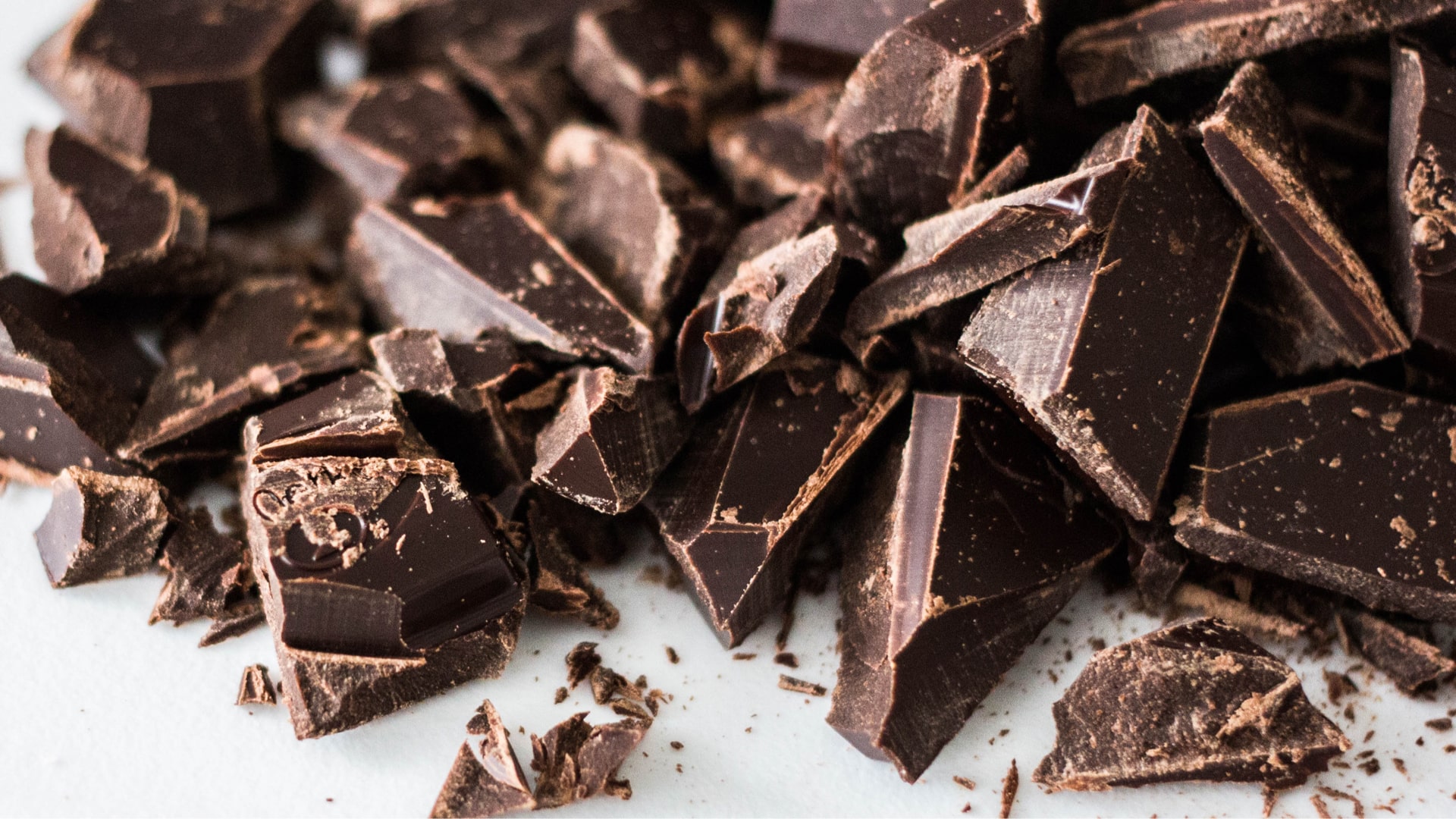 It has long been known that chocolate contains positive mood-altering ingredients that can boost our spirits. But research over the past decade also shows chocolate can benefit cognitive function. So, should we keep chocolate in the kitchen or in the medicine cabinet? Historically, some of the earliest cocoa-makers in Europe were apothecaries who were utilizing the medicinal benefits of the plant.1

Chocolate is full of flavonoids, the same ingredients that make fruits (especially berries) and vegetables so healthful. The most important flavonoids in chocolate are the flavanols – catechins and epicatechins, in particular.

One of the most well-absorbed and biologically active of the flavanols is (-)-epicatechin – and drumroll please – cocoa powder is the richest source of this important flavanol.

Flavanols have strong antioxidant and anti-inflammatory effects. They can also improve circulation by increasing nitric oxide, a compound that benefits the health of the walls of the arteries and increases the ability of the arteries to relax and allow greater blood flow.3

The group who drank the flavanol-rich cocoa experienced significant improvements in various measurements of cognitive function.

The improvements were associated with a better connection between nerve cell functioning and blood flow to the brain (officially called neurovascular coupling).4

In a test-tube model of Alzheimer’s Disease, cocoa flavanols were shown to protect nerve cells from destruction by increasing a substance called brain-derived neurotropic factor (BDNF).5

Chocolate can even have short-term benefits

Although much of the research on cocoa consumption has studied the long-term results of eating chocolate regularly, some research has shown it can provide benefits even on a one-time basis.

The beverages both contained the same amount of caffeine and theobromine. There was significantly more blood perfusion to the brains of those who drank the high-flavanol beverage, as measured by MRI, indicating the flavanols were responsible for the improved blood flow.6

And some studies have shown that chocolate has an immediate benefit on cognitive function tests.

One study found better performance on a math exercise after consumption of a chocolate bar containing 250 mg of flavanols.7 Another study found improvements in reaction time, memory, and visual function after consuming 773 mg of cocoa flavanols.8

What about chocolate and your mood?

Chocolate has long been considered a mood-elevating food, and for good reason. Although it is unclear exactly how chocolate affects mood, it has numerous constituents that can affect neurotransmitters and the endocannabinoid system.

In addition to the flavanols and other polyphenols in chocolate, methylxanthines – theobromine, and to a lesser extent caffeine – have been identified as having a positive effect on mood.

And chocolate also contains analogues of the endocannabinoid anandamide, which can bind to receptors in the brain and slow the breakdown of this “bliss” molecule that your own body produces.9

Chocolate also stimulates the release of endorphins, which decrease pain perception and anxiety; and chocolate contains precursors to the neurotransmitter dopamine.

In an analysis of eight studies, five found that chocolate either resulted in a positive mood or resulted in decreasing a “bad” mood.10 Despite the potential scientific mechanism, it is likely that the taste pleasure has as much importance to the way chocolate affects our mood as anything.

But more is not necessarily better

Theobromine in lower amounts appears to benefit mood, but in higher amounts it can have a negative effect.11 And in individuals who perhaps have an eating issue with chocolate – self-described chocoholics – eating chocolate does not appear to have a positive benefit on mood.

In fact, in one study of 40 women – 20 who called themselves “chocolate addicts” and 20 controls who were not chocoholics – those who were addicts had increased feelings of remorse and did not experience any decrease is stress or depression from the chocolate.12

What types of chocolate are the best?

To get the most health benefit from cocoa or chocolate, you have to actually eat chocolate, not a confection that has a minimum of chocolate and loads of sugar and fat. When harvested, the cacao beans, which are really the seeds of the Theobroma cacao tree, can be consumed as cacao.

The beans are dried, fermented, and heated at low temperature, and are quite bitter but high in antioxidants and other health benefits of the plant.

But if raw cacao beans are roasted at a high temperature, then they become cocoa beans and are slightly sweeter, but are somewhat lower in antioxidants. Chocolate is the dried seed powder along with the fat from the seeds – the cocoa butter.

In looking at the health benefits of chocolate, the greater the percent of chocolate and the fewer the other ingredients (milk, sugar, etc.) the better. In order of benefit:

White chocolate contains no cocoa solids at all – just cocoa butter, milk, and sugar. If you are looking for a palatable, but potentially health-promoting chocolate, then look for a dark chocolate with at least 70-percent chocolate.

How much chocolate do you need? Less is better.

Some research indicates an amount as low as 0.1 ounce of high-flavanol cocoa powder or 0.4 ounces (10 grams) of dark chocolate daily can confer health benefits.13

Other research has shown a decrease in the inflammatory biomarker C-reactive protein with as little as 20 grams of dark chocolate every three days (or 6.7 grams daily).14

To put this in perspective, an average chocolate bar weighs about 40 grams. So, less is better. One dark chocolate bar could potentially provide you with a week’s worth of health benefit.

Consider getting some good quality dark cocoa or cacao powder and mixing it into one of Thorne’s protein powders that contain cocoa for an even more healthful shake.