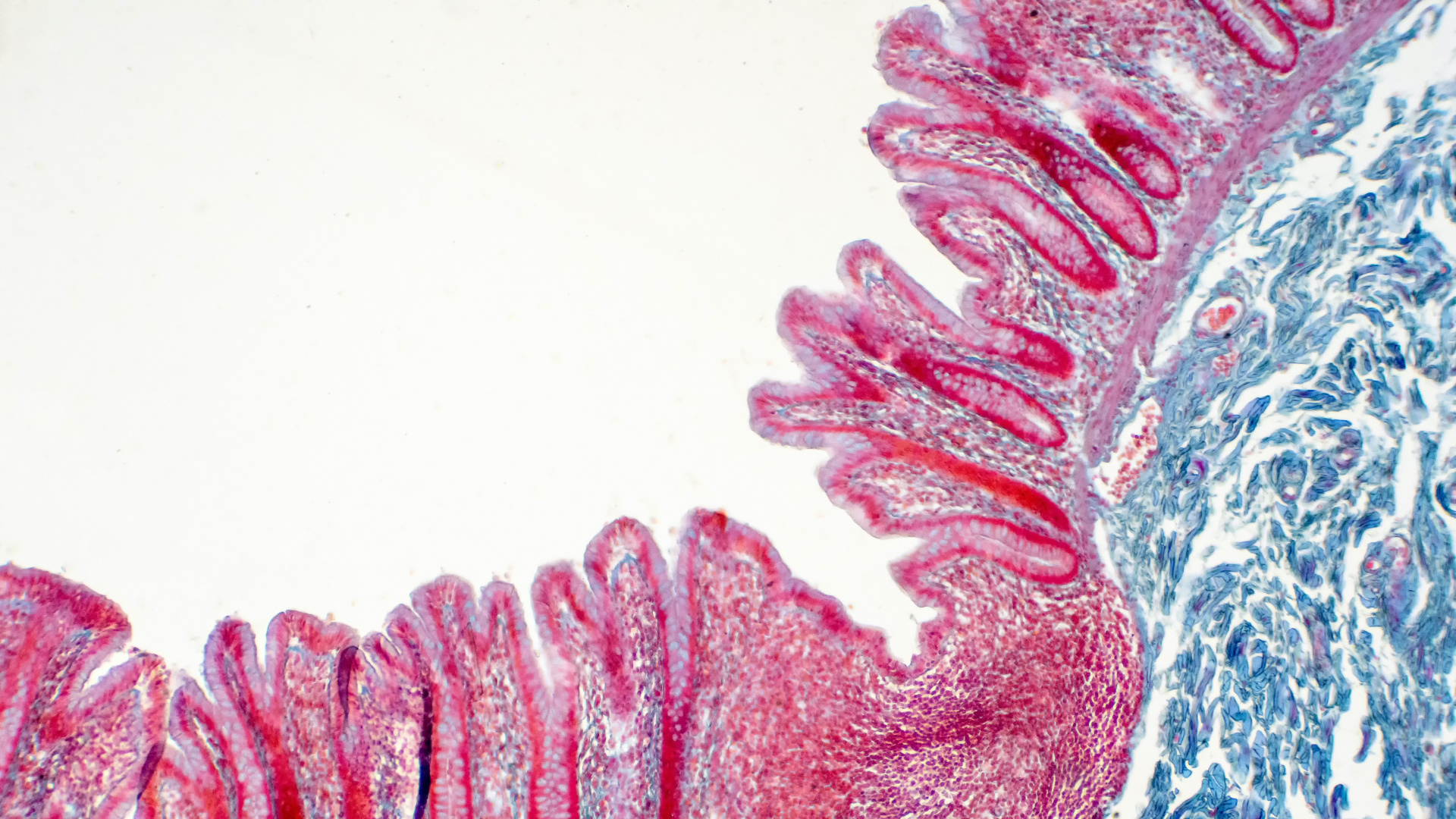 The human body is extraordinarily complex, and it can be intimidating trying to understand it. While we don’t truly understand all of it, we do know a lot about how it works.

You don’t need to be a physician or have a PhD in physiology to acquire a basic understanding of how your body works and what you can do to make it as healthy as possible.

This article – a part of Thorne’s “Body Basics” series – is designed to make learning about the body less intimidating. By learning how your body works you can make informed decisions about your health – whether you’re at home, the store, your health-care practitioner’s office, or online. Knowledge is power.

To understand how the immune system works, it helps to know about threats and how they are identified. The term pathogen refers to disease-causing viruses, bacteria, fungi, and parasites. Pathogens can make you sick when they spread in or on your body. Examples of pathogens are coronaviruses like the one causing the COVID-19 pandemic, Streptococcus pyogenes that causes strep throat, and Candida albicans that causes yeast infections.

Many pathogens are only potentially pathogenic. For example, Candida albicans, E. coli, and Staphylococcus aureus are normally present in and on your body, but they are harmless until they begin to grow unchecked. Although your immune system is an important part of keeping them under control, diet, stress, your microbiome, and overall body function are also important.

Your immune system uses its many varied components to detect potential threats. It doesn’t “see” whole pathogens, but instead recognizes small pieces of them. These small pieces are called antigens. The spike protein of the SARS-CoV-2 virus is an example of an antigen.

Whether an antigen is present in your body as part of a whole pathogen, a detached piece of broken-down pathogen, or from a vaccine, your immune system recognizes the antigen as a sign there’s a problem that must be addressed. It should be noted that a single pathogen can have multiple antigens associated with it, but not every antigen will be equally good at generating an immune response or protective immunity.

Now that we’ve discussed the targets, we can move on to the responses. Because it would not be possible to discuss the whole immune system here, we’ll focus on its major players.

Antibodies and B Cells

There’s a lot of discussion about antibodies right now, so it’s likely that you’ve heard of them, but you might not know what they are or how they fit into the big picture.

Antibodies are molecules produced by cells called B cells (or B lymphocytes). Each B cell makes a unique antibody. B cells begin their lives with antibody molecules all over their surface, which are used as sensors to screen everything they encounter (check out Body Basics: How is Information Shared by the Body? for more about cell sensors).

When something sticks to an antibody on a B cell’s surface, a very complex bit of chemistry occurs that amounts to making a decision. If the cell determines that an antigen represents a threat, then the cell is activated. An activated B cell sends out signals to alert other immune cells. It also makes many copies of itself.

As new copies of the activated B cell are formed, each one makes small changes to the sticky part of the antibody. If the new antibody sticks to the antigen better, then that cell survives and makes more cells with the improved antibodies. B cells that make less sticky antibodies soon die. Within a few days, an army of one becomes an army of millions, all better than the original at recognizing the target pathogen. This ability to change and get better at fighting is called adaptive immunity.

Many of these upgraded B cells turn into a specialized cell called a plasma cell. Plasma cells are antibody factories, producing thousands of antibodies per second and releasing them into the body’s fluids.

These free antibodies spread throughout the body, sticking to the pathogens (although antibodies can’t go inside of cells). Antibodies don’t directly do damage. Instead they act as markers to direct other immune cells to the pathogen. And they can act as a physical barrier, blocking a pathogen so it can’t function. For example, if a virus has several antibodies attached to it, then the virus can’t interact with cells to infect them. While it is trapped outside the cell, the virus is vulnerable to immune cells that can physically destroy it.

An unsung hero, the innate branch of the immune system doesn’t often make the headlines, but it is the foundation of a healthy immune response. It swings into action quickly, keeping pathogens at bay until the adaptive branch (like B cells) can muster its defenses, then finishing the job in partnership with the adaptive branch. However, the actions of innate immune cells are limited, in that they can’t be specialized to recognize specific pathogens like adaptive cells can, so they either can or can’t fight a pathogen; there’s no improvement to be had.

One of the major strategies that innate immune cells employ is to engulf small pathogens like viruses or bacteria, and then digest them, breaking them into harmless pieces. Cells called macrophages and neutrophils are the major players in the innate branch that perform this function. Check out this cool 18-second video from the NIAID showing a macrophage (the large grey cell) capturing bacteria (the small green dots) in a petri dish.

Sometimes innate cells like neutrophils and macrophages can identify and target a pathogen directly, but many pathogens have developed mechanisms to hide from them. This is where the partnership between the innate and adaptive immune systems becomes important. Free antibodies from plasma cells attach to pathogens and act as flags, marking them for destruction by the innate cells.

In addition to directly dismembering pathogens, innate cells also contribute a wide variety of chemicals that enhance the immune response. Some of these chemicals facilitate an inflammatory response – a beneficial increase in blood flow, fluids, and immune cells to the area of damage or infection. Some cause fever, which can enhance the effectiveness of the immune response. A small group of molecules called interferons helps resist viral infections. Yet other chemicals help target pathogens for killing or literally punch holes in them, making them “spill their guts” and die.

Another important type of adaptive immune cell is the T cell (or T lymphocyte). There are several types of T cells, each with an important and complex job. For the purposes of this article we will focus on two types – helper T cells and killer T cells.

Killer T cells have their awesome name because their primary actions directly result in the death of pathogens. All viruses and a few other pathogens cause infections inside your cells. While inside a cell, these pathogens escape most other immune defenses. But killer T cells specialize in finding infected cells and causing them to self-destruct, while leaving healthy cells alone.

Soon after the threat is gone, most of the activated immune cells die off, although sometimes B cells and T cells live on for weeks, months, or even years after an infection. If the same pathogen is encountered again (and hasn’t changed much), the already optimized response of these memory cells is much more efficient than before. Often the pathogen is cleared before it can make you sick. This is why it is unusual to get chicken pox twice. It is also why many vaccinations, like polio and measles, are effective for your entire life. Other times, immune memory from a vaccination is long, but not forever, so a booster is needed – like every 10 years for the tetanus vaccine.

Unfortunately, memory cells aren’t always formed, they don’t always survive very long, and many pathogens will change over time. As a result, you can often get the same disease again. For example, the common cold is caused by multiple different viruses that change frequently, making natural immunity and vaccine development impractical. Fortunately, the common colds isn’t usually serious.

Likewise, there are many influenza viruses that change rapidly, so immune memory isn’t very effective against flu. Because the seasonal flu can be deadly to some, a new vaccine is developed each year. Although the protection isn’t perfect, it can give your immune system a head start by creating memory cells before you are exposed to the actual virus. This generally means that, when you are exposed, you either don’t feel sick or you don’t get as sick, and you recover sooner than without the vaccine.

It is worth noting that an immune response can often seem to cause as much harm as good (which is now one of the common complications of COVID-19). Inflammation is damaging and painful, and killer T cells literally destroy your own tissues (selectively). The hope is that the overall battle goes in your favor and your body can heal the damage.

When you have an infection and you are feeling awful, some of that is caused by the pathogen interfering with your normal body functions, but some of it is caused by your own immune system doing its job. For example, having a fever doesn’t feel good, but it is helping fight disease, so you feel better sooner. Killing some virus-infected cells can harm body tissues temporarily, which can be painful, but it also is protecting the rest of your cells from infection.

This is why a vaccination can occasionally make you feel sick. An effective vaccine triggers a strong enough immune response to form immune memory. But for some people, that reaction makes them feel badly for a short time, even though they are not actually sick. The important part to understand is that the vaccination is like war games – your body is learning how to fight against a limited enemy shooting blanks instead of an active foe that sends in new troops that fight back.

The best ways to support your immune system and keep it in fighting form are to:

It can be difficult to accomplish all of this on a consistent basis, so when you need a little extra support for healthy immune function,* consider these Thorne favorites: