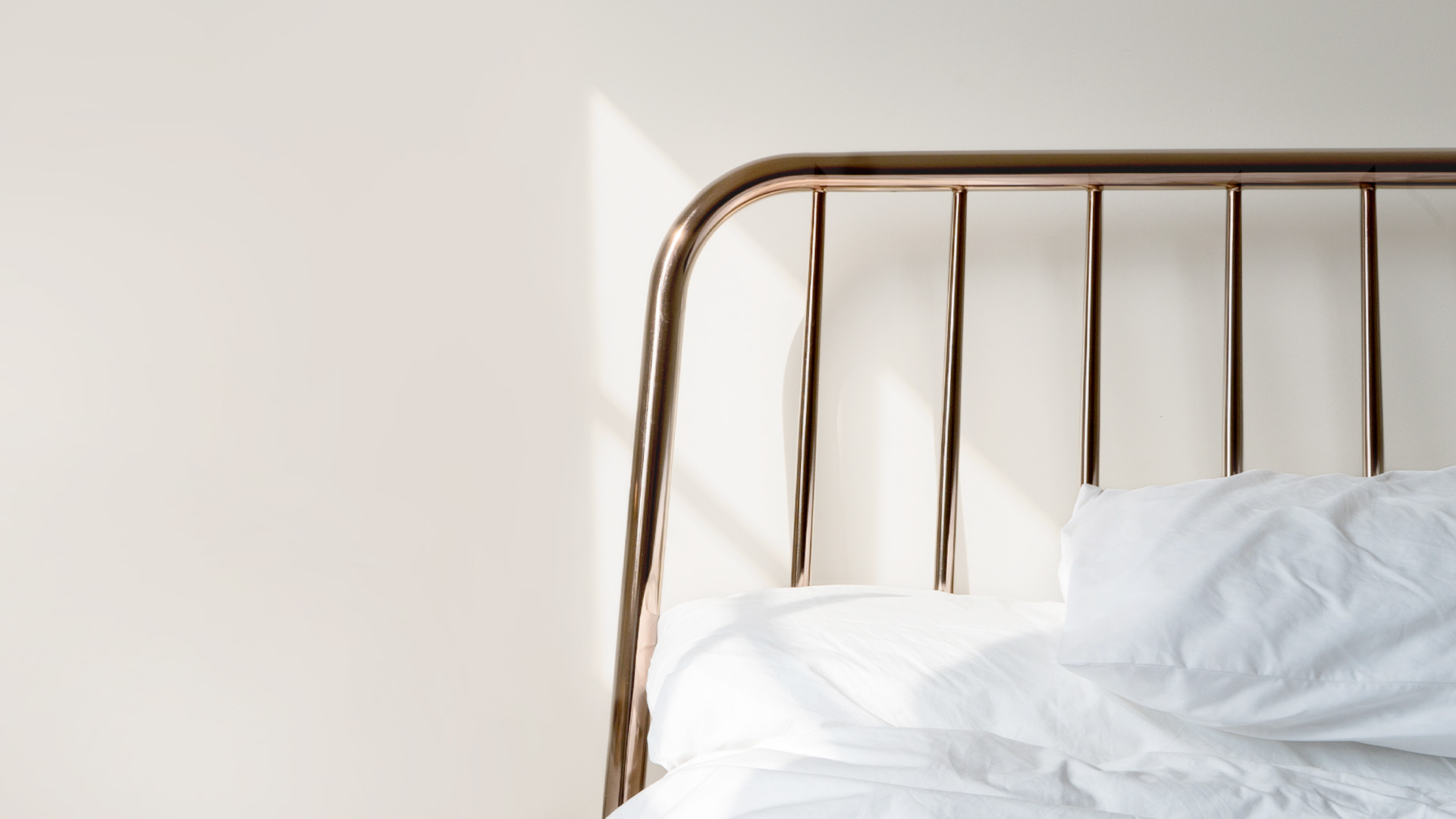 It used to be that getting enough sleep was an afterthought. For those of us trying to stay healthy, our focus was diet and exercise. If we didn’t get enough sleep, then we might be tired the next day but, oh well, we’d catch up later. Those days are over. New research points to a plethora of health problems associated with poor sleep. Let’s take a look at a few.

So, let’s take a look at some things that can help you get those much needed zzzz’s.

Magnesium – a mineral we may be lacking

When it comes to basic vitamins or minerals to help with sleep, magnesium is at the top of my list. But, despite its importance for many aspects of health – restful sleep, muscle relaxation, heart health, bone health, nerve health, and the list goes on* – many of us consume less than optimal amounts of magnesium. According to World Health Organization statistics, as many as three out of four U.S. adults do not meet the FDA’s Recommended Daily Intake for magnesium.7

Why is it so difficult to get adequate magnesium?

Many things can contribute to a magnesium deficiency. Some chronic diseases, like diabetes and metabolic syndrome, increase the need for magnesium, while some medications can cause low magnesium levels. But even if you’re healthy, have a good diet, and take no medications, you could still not be taking in an optimal amount of magnesium. For example, a decreased intake can occur because of magnesium depleted soil where vegetables and fruits are grown.

By some estimates, the magnesium levels in vegetables like cabbage, lettuce, and spinach have dropped 80 percent in the past 100 years.8 An increased dependence on quick to prepare processed foods has also resulted in decreased magnesium intake. Soft drinks with phosphates (that provide the fizz) interfere with magnesium absorption, while the diuretic-like effect of caffeine and alcohol increases magnesium loss in the urine.

Why does magnesium help with sleep?

In addition to muscle relaxation, low magnesium levels are associated with a low level of the sleep hormone, melatonin, which disrupts circadian rhythms and makes your body feel like it’s not time to go to sleep.*9

A study of older adults – in which half reported difficulty falling asleep or staying asleep – showed that supplementation with magnesium had a significant positive impact on sleep time, sleep quality, and melatonin concentration.*10

Bottom line: Just about everyone can benefit from magnesium supplementation, so why not optimize its benefits by taking it before bed.

When it comes to magnesium, form matters.

When choosing a mineral supplement – in this case, magnesium – there are several things to consider when trying to maximize your supplementation. The primary goal is to absorb the most amount of the mineral from the fewest number of capsules and without side effects. So, how can this best be accomplished?

Absorption: One factor should always be considered – by their nature minerals are not particularly well absorbed by the human body. One barrier to absorption that can be overcome is optimizing the form the mineral comes in. This is simple chemistry – certain forms of minerals are better absorbed than others.

Finding a supplement with an optimum balance between absorption and concentration is hugely important. Magnesium malate and magnesium citrate are two good examples of magnesium forms that are well absorbed and have higher mineral concentrations.

But because magnesium bisglycinate has superior absorption, it is ideal for a powdered product such as Thorne’s RecoveryPro® or Magnesium Bisglycinate; whereas, the higher concentration of magnesium in Magnesium CitraMate makes it a superior choice for an encapsulated product.

Melatonin can regulate your sleep-wake cycles

The hormone melatonin, naturally produced by your body, plays an important role in sleep. However, as you age, your body produces less melatonin, which can contribute to sleep problems.13,14 Increased levels of the stress hormone cortisol can also drive down melatonin levels. How are your melatonin and cortisol levels? Find out with this simple, at-home Sleep Test.

Daily darkness signals the pineal gland in the brain to secrete melatonin. According to the Harvard Health Letter, although any light exposure before bed can suppress melatonin and interfere with sleep, the blue light from computer screens, smart phones, tablets, TVs, and even energy efficient LED light bulbs, has been shown to suppress melatonin levels more than light waves in the warmer spectrum.15

The Harvard researchers compared 6.5 hours of  blue light exposure to the same intensity of green light and found that the blue light suppressed melatonin twice as long as green light.

If you can’t avoid exposure for a couple of hours before bedtime, then consider supplementing with melatonin. A melatonin supplement taken an hour before bedtime can help you fall asleep quicker and stay asleep longer.*

PharmaGABA® is the trademarked brand of a natural-source form of gamma-aminobutyric acid – GABA – a calming neurotransmitter in the body that has been shown to promote restful sleep.*

In a 2016 randomized, placebo-controlled trial, a small group of poor sleepers were given either 100 mg of PharmaGABA (the amount in one serving of RecoveryPro) or a placebo 30 minutes before bedtime for one week.

After a 1-week break between treatments, the protocol was reversed; i.e., those who took PharmaGABA switched to placebo and vice versa. EEG measurements of electrical activity in the brain showed a significant decrease in the time it took to fall asleep in the group taking PharmaGABA compared to when they were taking the placebo.*16

A clinical study found this form of GABA increases the production of alpha waves in the brain, creating a profound sense of physical relaxation while maintaining mental focus.*17 In contrast, the stress-related beta waves in the brain were decreased.*

Taking GABA with whey protein before bed can have added fitness benefits.*

In a recent study on the effect of nutrient supplementation on muscle mass, 21 males (average age, 39) who did not exercise regularly were given 10 grams of whey protein daily or 10 grams of whey protein plus 100 mg of PharmaGABA daily for 12 weeks – plus two strength training sessions weekly. Supplementation was before bedtime except on exercise days. The total body lean muscle mass increased significantly in the whey protein plus PharmaGABA group compared to the whey-only group.*18

Why take whey protein before bed?

Other research supports using whey protein before bed to support restful sleep and to promote muscle recovery during sleep.* Whey protein is a good source of tryptophan – the amino acid that makes you fall asleep on Thanksgiving after stuffing yourself with turkey. One study found that 28 grams of protein in a recovery drink before going to bed after strength training resulted in an increase in muscle size and strength compared to a group who had a drink with no protein.*19

And it might help with weight loss, too. A study of young male athletes found that consuming whey protein before bed increased resting metabolic rate the next morning compared to when taking a placebo before bed.*21 What more could you ask for than improving body composition while you sleep?

In addition to creating a comfortable sleeping environment and maintaining a healthy sleep routine, consider adding some natural dietary supplements to your evening routine with Magnesium CitraMate (magnesium citrate and magnesium malate), Melaton-3 (melatonin), and RecoveryPro (high in tryptophan and providing whey protein, PharmaGABA, and magnesium bisglycinate in one yummy chocolate beverage).