What Is GABA and What Is It Used For? 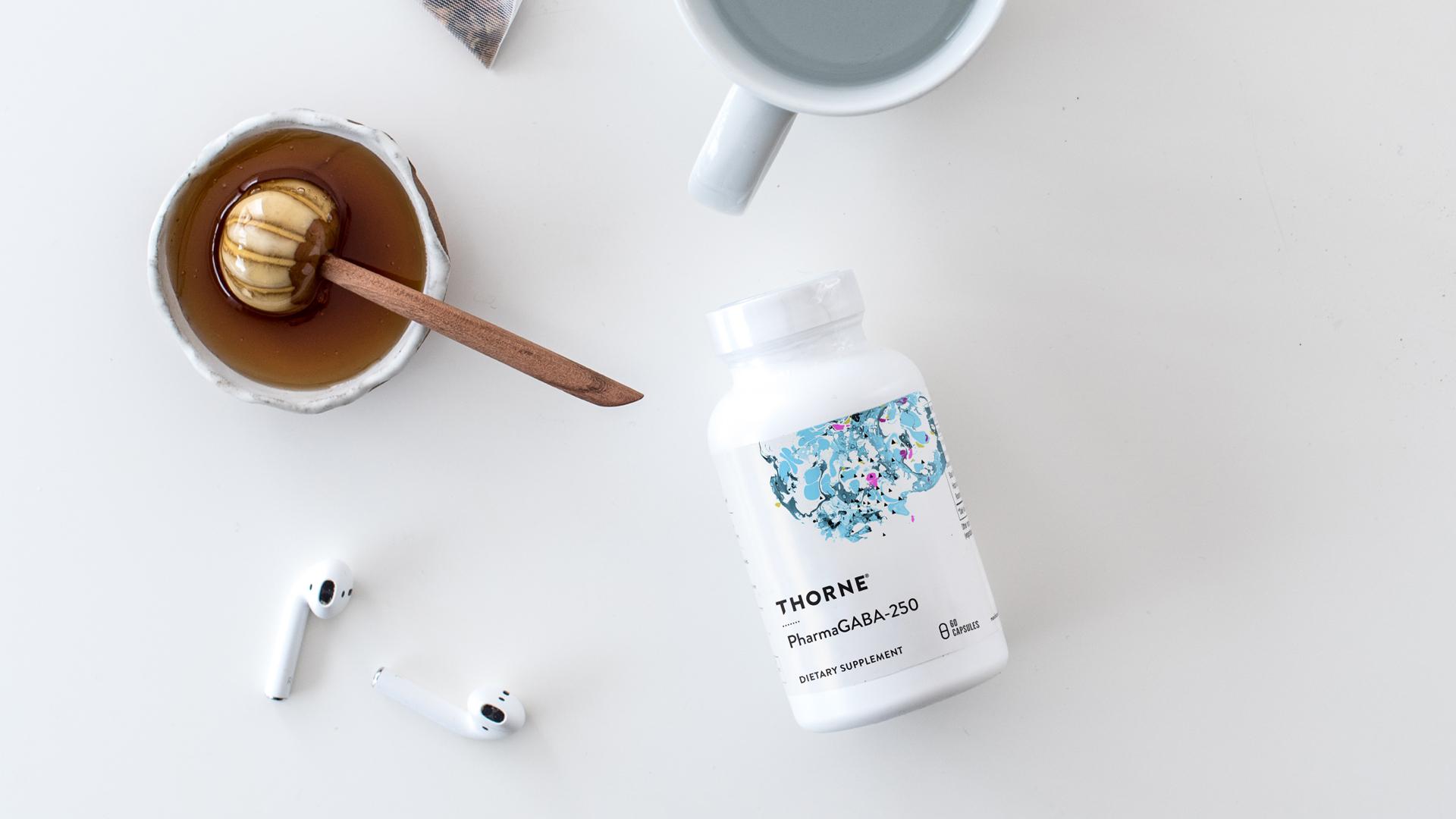 PharmaGABA is the trademarked brand of a natural-source form of gamma-aminobutyric acid – GABA – a calming neurotransmitter in the body. What makes GABA unique is that it is made by a beneficial probiotic – Lactobacillus hilgardii, which is the same probiotic used to ferment cabbage, radishes, and other vegetables for the Korean side dish, kimchi.

The resulting material is GABA, along with other nutrients of fermentation, including nucleic and amino acids.

Evidence points to benefits of the natural form of GABA over synthetic GABA. In an unpublished, double-blind comparison trial, natural-source PharmaGABA, but not synthetic GABA, was shown to produce relaxation.*

Measures of relaxation included brain wave patterns, diameter of the pupil, and heart rate, as well as reduction of the stress markers salivary cortisol and chromogranin A (a marker of adrenal stress).1

Tests of these three substances were separated by 7-day intervals. EEG recordings were made before taking the tested substance, then at 0, 30, and 60 minutes after each administration for 5-minute recording sessions.

Increasing alpha waves, while decreasing stress-associated beta waves, can result in a relaxed but focused state of mind.*

In one study, subjects with acrophobia (fear of heights) traversed a long, walking suspension bridge spanning a 150-foot high canyon.

Participants who were given 200 mg of natural-source GABA (PharmaGABA) experienced a 20% decrease in salivary levels of the adrenal stress marker chromogranin A at the halfway point across the bridge compared to starting values; whereas, the placebo group had a 20% increase in chromogranin A.1

Natural-source GABA has been shown to promote restful sleep.* In a 2016 randomized, placebo-controlled trial, a small group of poor sleepers were given either 100 mg of PharmaGABA or a placebo for one week 30 minutes before bedtime.3

After a one-week washout period, the substance protocol was reversed – those who previously took placebo received PharmaGABA and vice versa. As measured by EEG, there was a significant decrease in the time it took to fall asleep in the group taking PharmaGABA compared to when they took the placebo.*

The total body lean muscle mass increased significantly in the whey protein plus PharmaGABA group compared to the whey-only group.*4