How Josh Hart is Training For the NBA Season 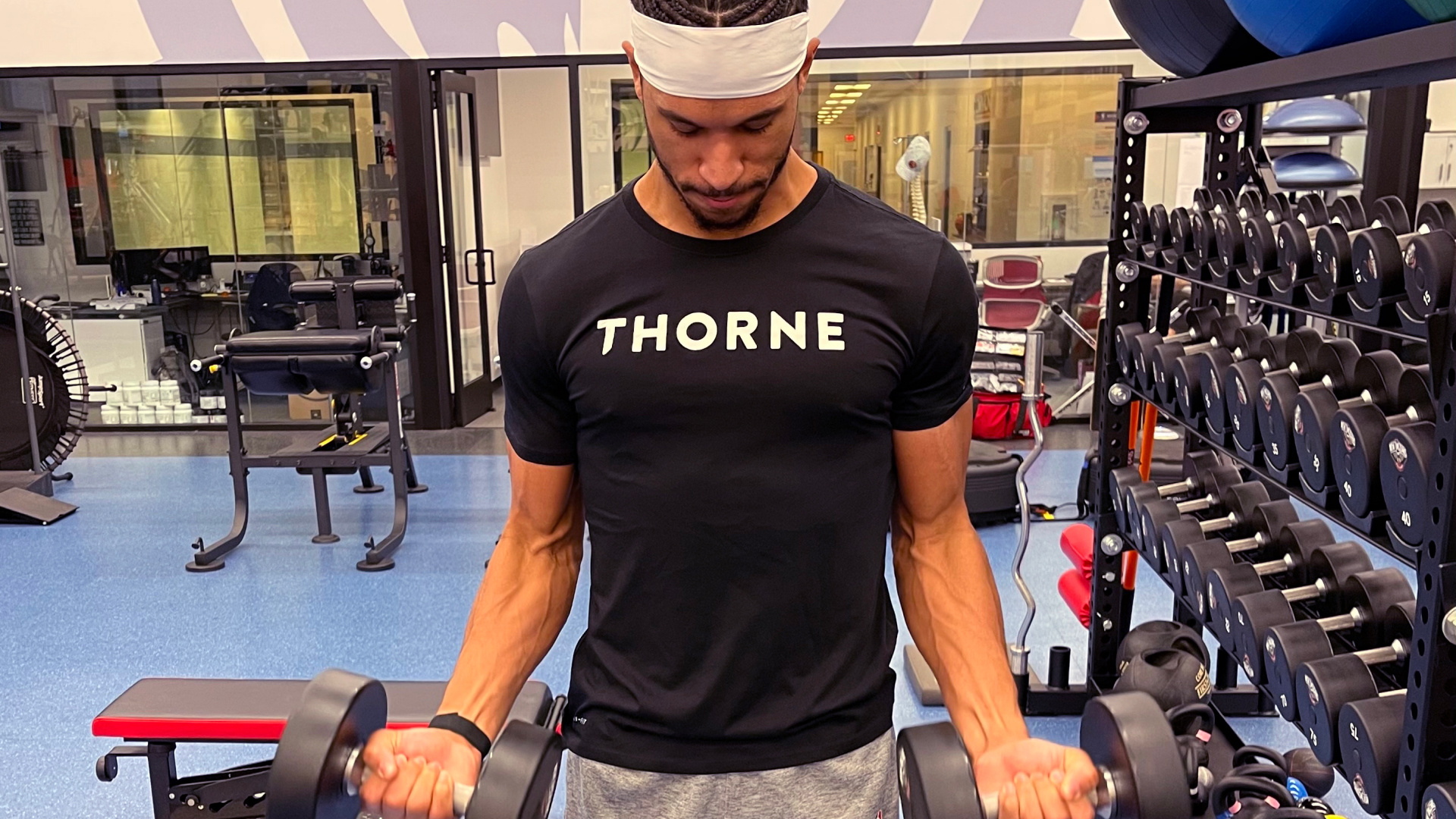 Versatile. Persistent. And full of potential. These are the ways NBA analysts and aficionados alike would describe Josh Hart, the dynamic and charismatic young wing player for the New Orleans Pelicans. And it’s not just with basketball. Josh brings the same passion and positive attitude in his personal life off the court.

We got the chance to talk with Josh about what drives him, his hopes for next season, and learn a little more about the training and nutrition required of an NBA athlete.

It All Started at Seven

Josh Hart’s love of the game began early, at the young age of seven. And like most of us, growing up Josh was inspired by the greats, NBA stars such as Kobe Bryant and Dwyane Wade.

“My brother and sister played, and I always tagged along to their practices and shot on the side courts with my dad,” he said. “I loved D-Wade and Kobe. They both had an incredible will to win which wasn’t matched by anyone else and for me the biggest thing is winning.”

It’s the will to win, that competitive spirit, that Josh loves so much about playing in the NBA. As laid back as he is in person, you wouldn’t know it with the serious work ethic he brings to the court.

“I enjoy the competitiveness. When I’m on the court I’m totally different,” Josh said. “There are no friends, it’s my team vs. yours and I’m going to do everything it takes to make sure my team wins. What motivates me is to be the best player I can be.”

That mindset has helped Josh achieve some of the proudest moments in his career, like getting a full athletic scholarship to Villanova, winning the 2016 National Championship, and being selected in the first round of the 2017 NBA draft.

Playing in the NBA

Hart's defensive and rebounding abilities, along with his ball handling and ability to shoot off the dribble are what make him such a dynamic player, allowing him to fill a multitude of different roles for the Pelicans.

As the NBA continues to shift toward position-less, jack-of-all trade type players, it’s only driven up Josh’s value for the Pelicans.

“I can do anything on the court that my team needs. I think I’m the best rebounding guard in the league, being able to rebound the ball at a high rate and start the break and help my team get easy buckets is something that is incredibly valuable for us,” he said.

Josh on Training and Nutrition

With so much uncertainty for the NBA offseason and start of the 2021 season, Josh mentioned staying both physically and mentally fit are his top priorities. He’s happy to have paired up with Thorne to help achieve those goals.

In preparation for the new season, Josh has been “trying to make sure my knee is 100% healthy so I’m working on strengthening my muscles and tendons.”

A typical routine for Josh includes:

“I make a Catalyte and creatine juice every morning,” he said about starting his day. “Then head to drop my pups off at daycare, head to the facility and get my work in, then end the workout with my vanilla protein shake and amino acids.”

To help with his training, he works with a personal chef Natasha Clement (@cheftasha_nola) and a team nutritionist. Josh said it’s a big protein-focused diet, involving steak, crab cakes, turkey tenderloin, and Chipotle (as his cheat meal).

And like most of us, Josh doesn’t always stick to his diet, claiming candy as something he’s needed to watch out for.

“I had a really bad sweet tooth. I used to eat a box of Mike and Ikes before every game and like two on regular days. I have been more diligent with cutting out the unnecessary sugars.”

To help supplement his nutrition and diet, Josh has turned to Thorne. What does he love most about Thorne’s nutritional solutions?

“They actually work, first and foremost,” he said. “And there are so many of them. Every category. Physical health, mental health, sleep, you name it. Thorne checks off all my boxes. I like to think of myself as a versatile player on the court, so I needed a partner that matched that off the court. I also highly recommend the Sleep Test. Before receiving it, I didn’t know that even existed! Just a testament to Thorne’s cutting-edge technology and expansive offering.”

“Catalyte is amazing for pre-workouts, it really gets me prepared for my lift,” Josh shared. “And I LOVE the RecoveryPro. Especially at night, I mix it with hot water, and it is like hot coco. By adding in the following products, I have seen a big change in recovery, training and performance. I have more energy for workouts and have been less sore.”

What Hart Hopes This Season Brings

With the new season underway, Josh and the rest of the Pelicans young core have set their sights high – and have shown they have the talent to succeed in reaching those goals.

“Playoffs,” Josh said about his goals for the upcoming season. “We got so close in the fractured season last year. I’ve never been to the playoffs, so I NEED to get there. My long-term goal is to get a ring!”

“That is the goal every year to compete for a ring. For myself, just keep getting better and keep improving every year and I think I’ve done that.”

So do we, Josh. From all of us at Thorne, we are wishing Josh, and the rest of the Pelicans a great and fun-filled NBA season.