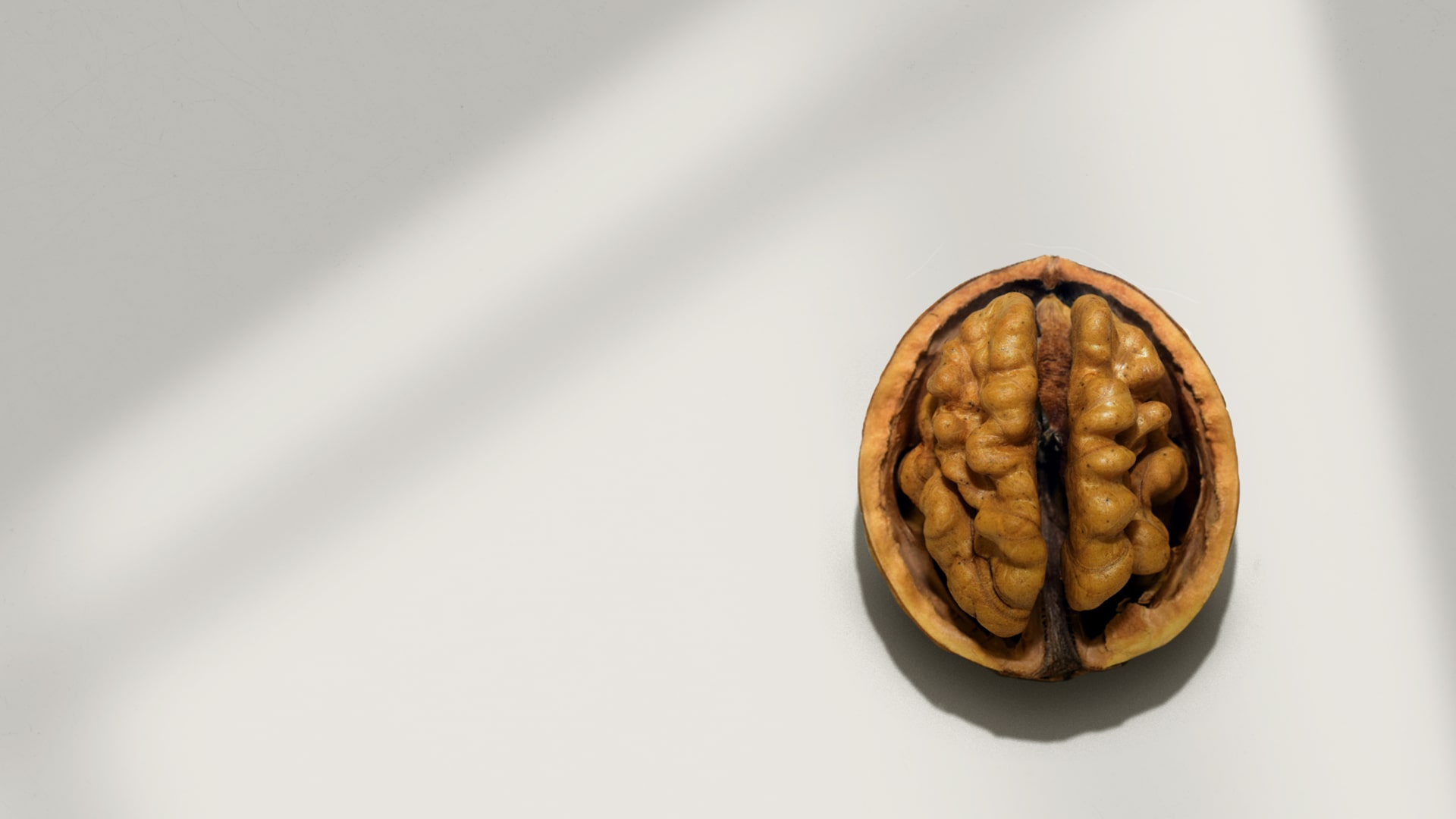 You go to the doctor to get your body checked out, but when was the last time you had your brain health checked out? When we think about nutrition, we often focus on weight and appearance or on preventing disease.

But it’s time to spend some time thinking about our brains, because the brain will ultimately be the barometer of your health as you age.

Over time, as the body starts to age, a healthy, well-functioning brain will have a major impact on quality of life. Here are eight nutrients you should be consuming, all of which can have a positive impact on brain health.

60% of your brain is made up of fat cells. Omega-3 fatty acids make up part of the outer membrane of brain cells, which is where nerve signals pass, making omega-3 fatty acids essential for a well-functioning central nervous system.*

Research shows a Mediterranean-style diet, centered around vegetables and sources of omega-3 and mono-unsaturated fatty acids, helps fight conditions associated with the aging brain, such as cognitive decline.*1

Try to consume 250-500 mg each day of combined DHA and EPA omega-3 fatty acids if you’re a healthy adult. The best fish sources are fatty fish, such as salmon, cod, or sardines, or one of Thorne’s omega-3 nutritional supplement products. Vegetarian options include flaxseed or flax oil, chia seeds, hemp seeds, walnuts, and algal oil.

Although yogurt is probably the most recognized dietary source of probiotics, they are in a variety of foods, including kefir, raw sauerkraut, pickles, kimchi, kombucha, raw apple cider vinegar, and traditional Greek olives. Probiotics also come in nutritional supplement form.

Probiotics are beneficial strains of bacteria or yeast that help balance the microbes in the digestive tract and maintain normal levels of inflammation throughout the body.*

In addition to benefitting digestive health, probiotics also have a positive impact on immune function and they play an integral role in mood, mental health, and cognition.* A 2015 research review suggests the gut microbiota play a significant early role through the gut-brain axis in how the brain develops, functions, and behaves.2

Consistent daily intake of probiotic foods and a probiotic supplement can help the gut maintain healthy composition and function while communicating and interacting with the brain.*

The B vitamins can have a beneficial influence on mood and mental performance.* Maintaining an adequate B-vitamin level in your blood through diet and supplementation can help maintain normal blood levels of the amino acid homocysteine,* which is associated with some chronic health conditions when it’s elevated.

Research has shown B-vitamin supplementation can slow processes associated with cognitive decline through the gut-brain axis.3*

A three-year supplementation of oral folic acid in older adults improved memory and information processing4 – functions that are sensitive to aging.*

Age, gender, and genetics impact an individuals’s recommended intake amount of the various B vitamins, so be sure to consume what you need. Foods that contain a variety of B vitamins include beans, whole grains, fish, dairy products, poultry, eggs, and avocados. For a supplement option, try Thorne’s Basic B Complex.

Through SAMe, betaine also supports the synthesis of serotonin and dopamine, aiding against depression and neurodegenerative conditions.*

There is also evidence that betaine plays a role in maintaining healthy homocysteine levels in the brain* – an amino acid associated with adverse mental health when elevated.*  Betaine can be synthesized from choline or consumed in foods such as wheat, shellfish, and spinach. Betaine nutritional supplements support healthy mood.*5

Polyphenolic compounds have an anti-inflammatory effect on the body and brain and possibly lower the risk of developing age-related neurodegenerative diseases. There are many subgroups of polyphenolic compounds. Two of these are anthocyanins and flavonoids.

Anthocyanins, a subgroup of polyphenolic compounds found in blue and purple foods such as berries, can lower oxidative stress, which helps decrease inflammation and promotes brain health.

Dietary flavonoids are the largest and most studied group of phytochemicals and might reverse age-related decline in cognition by increasing neural connections and improving blood flow to the brain.

Currently, recommended intakes do not exist for non-essential bioactive constituents in foods, but most health-care professionals agree a daily intake from foods and supplements is necessary to maintain optimal levels in your system.

Creatine is made by the body in the brain, kidneys, pancreas, and liver, and it’s naturally found in meats, dairy products, and nuts. The brain requires 20% of the body’s energy even though it only accounts for 2% of the body’s mass.

Creatine is involved in energy metabolism and plays a role in brain function and development.*

Creatine is an essential regulator of energy levels and plays a critical role in a range of cognitive functions, including learning, memory, attention, speech, and language, and possibly emotion.*6

Research has found creatine supplementation is associated with reduced mental fatigue during simple, repetitive mathematical calculations and increased oxygen flow through the brain.*7

Caffeine, when consumed in excessive amounts, can be harmful to your whole system; but in moderate amounts, caffeine can have beneficial effects on brain health. In other words, depending on its use, caffeine can be used as a drug or a nutrient. We recommend caffeine for its benefits as a nutrient.

Research has found that moderate caffeine intake is related to decreased suicide thoughts.8

Other research has found moderate caffeine/coffee intake is associated with a reduced risk of dementia or delayed onset of Alzheimer’s disease.9

The body is composed mostly of water, and maintaining optimal hydration is essential for physical and cognitive performance. Water is an essential nutrient because we require water in amounts that exceed our body’s ability to produce it.

Recommendations for water intake depend on a variety of factors, such as your environment and your activity level. As a general rule, drink at least one-half of your body weight in ounces of water or other naturally non-caloric beverages daily. So if you weigh 180 pounds, then aim for at least 90 ounces of water a day.