5-MTHF: The Best Way to Supplement with Folate 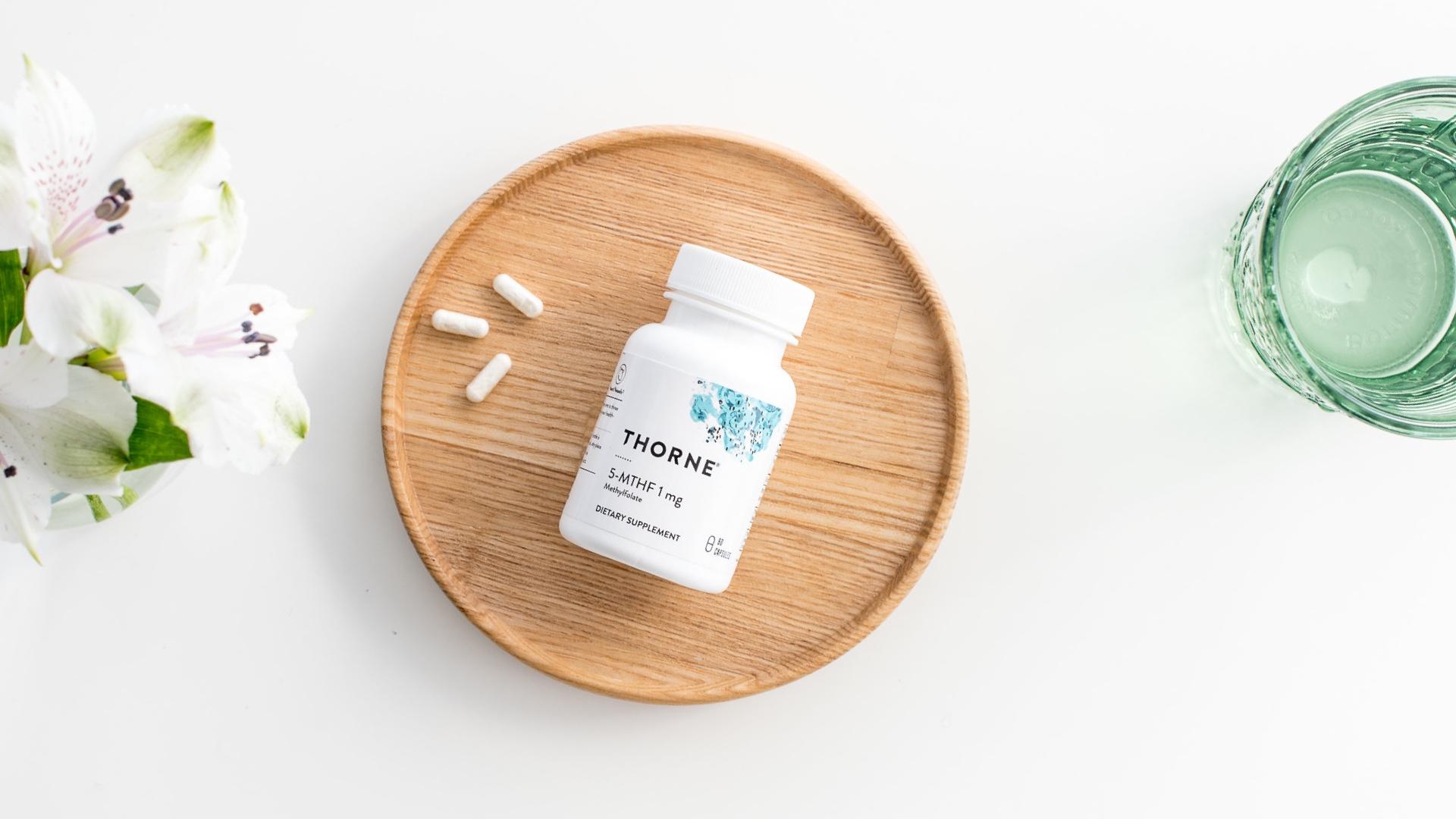 Unless you’re a health-care professional, a nutritionist, or a scientist, you probably think of folate as only being a nutrient that pregnant women need. And that is certainly true:  adequate folate intake is important for an expectant mother because it reduces the risk of having a child with a birth defect of the brain or spinal cord.*

But folate is a crucial nutrient for all of us: women, pregnant or not, and men. Folate acts like a master switch for a process in the body called the methylation cycle, which is the mechanism that allows the “gears” in our body to turn by turning on and off the individual biological switches for a host of body systems.*

Because folate also contributes to the production of serotonin, melatonin, dopamine, epinephrine, and norepinephrine, it is also key for healthy mood.*

Too little 5-MTHF can be a big problem

The folate we obtain from the diet must be converted to its active form – called 5-MTHF – before it can help power the methylation cycle. However, approximately 60% of U.S. adults have a genetic mutation that makes it challenging for their bodies to create enough 5-MTHF from dietary sources.

So a person could be eating all the best food sources – leafy green vegetables, asparagus, avocado, broccoli, legumes, etc. – and still be deficient in 5-MTHF.

A person might also have a 5-MTHF deficiency caused by the use of an acid-blocking agent, certain anti-seizure medications, liver dysfunction, or a gastrointestinal disorder such as inflammatory bowel disease that results in poor absorption.

That’s why simply supplementing with just any folate supplement isn’t good enough. You need the most active and bioavailable form of folate. And that’s what you’ll get with Thorne’s 5-MTHF.

Thorne’s 5-MTHF is tissue-ready and in its most bioavailable form.* One study found a 600% greater blood level of 5-MTHF after supplementation with 5-MTHF compared to folic acid supplementation.*1

So if you’re pregnant or of childbearing age, or you believe you are deficient in 5-MTHF, then supplementing with Thorne’s 5-MTHF could be the answer.

You’ll get the best possible support for your body’s methylation cycle and for the many, many processes and systems it affects.*